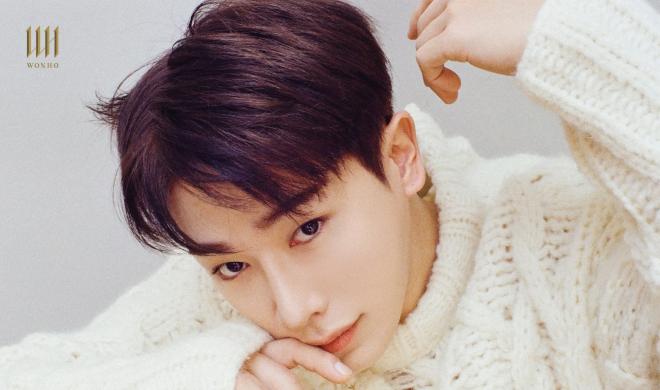 By Marty | May 26, 2022
45
SHARES
FacebookTwitter
SubscribeGoogleWhatsappPinterestDiggRedditStumbleuponVkWeiboPocketTumblrMailMeneameOdnoklassniki

The reveals begin with a packed tracklist that Wonho worked hard on to bring to the world!

Wonho, who always impresses us with his talents, is now counting down the days to his comeback with the mini-album, FACADE. As the days pass, the artist will be dropping various teasers and he started off with a beautifully presented tracklist. 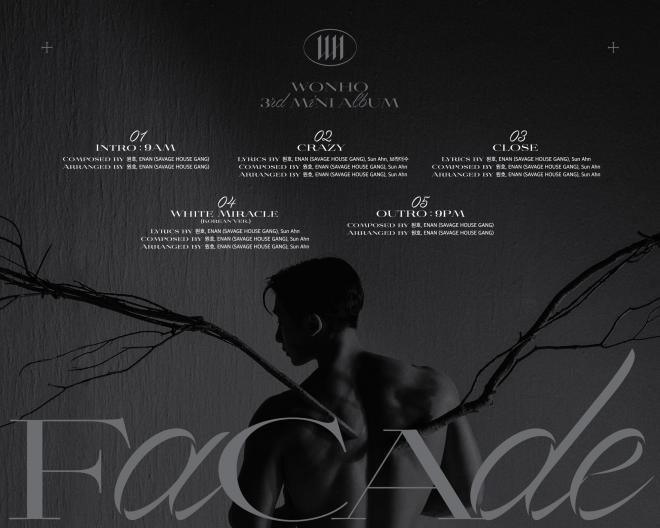 The album will have a total of five music pieces, including an Intro and Outro that are named after certain hours of the day; “9AM” and “9PM” respectively. A familiar title makes its way on the list, namely, “White Miracle”. The song was released back in December as a Japanese single and the artist will now present a Korean version of the beautiful number.

Also, FACADE will feature two other new songs, “Crazy” and “Close”. It is important to point out that Wonho’s name appears in the credits of every single song, showcasing the hard work he put into yet another important work of his.

Not only the new titles grab the attention. The tracklist also features a bare back-side image of the singer with tree branches seemingly coming out of it. The mysterious and dark shot stirs up questions about the concept that has yet to be revealed.

Wonho will continue to drop teasers, including eye-pleasing concept photos and films. Lastly, he will deliver the music video preview and highlight medley just before the album drops.

The singer will release his new work, FACADE, on June 13, at 6 PM KST, when he will sweep us off our feet with his beautiful vocals once again.