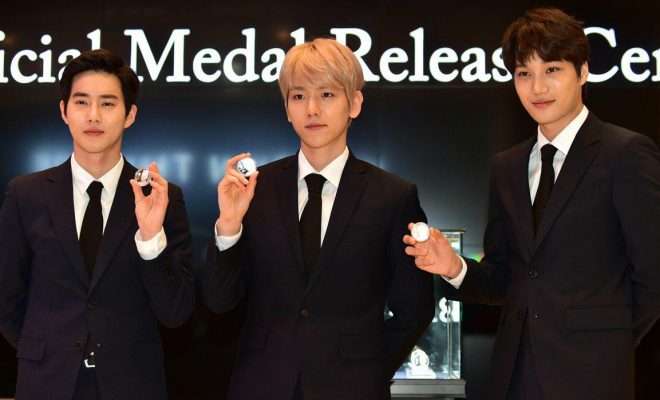 After the lauded performance at the Pyeongchang Winter Olympics Closing Ceremony and being the first Kpop group to have their song played on the famous Dubai Fountain Show, EXO continues to pile up one accomplishment after the other for the first half of 2018.

EXO goes down in history as the first Kpop group to receive such an honor from the government-owned corporation. 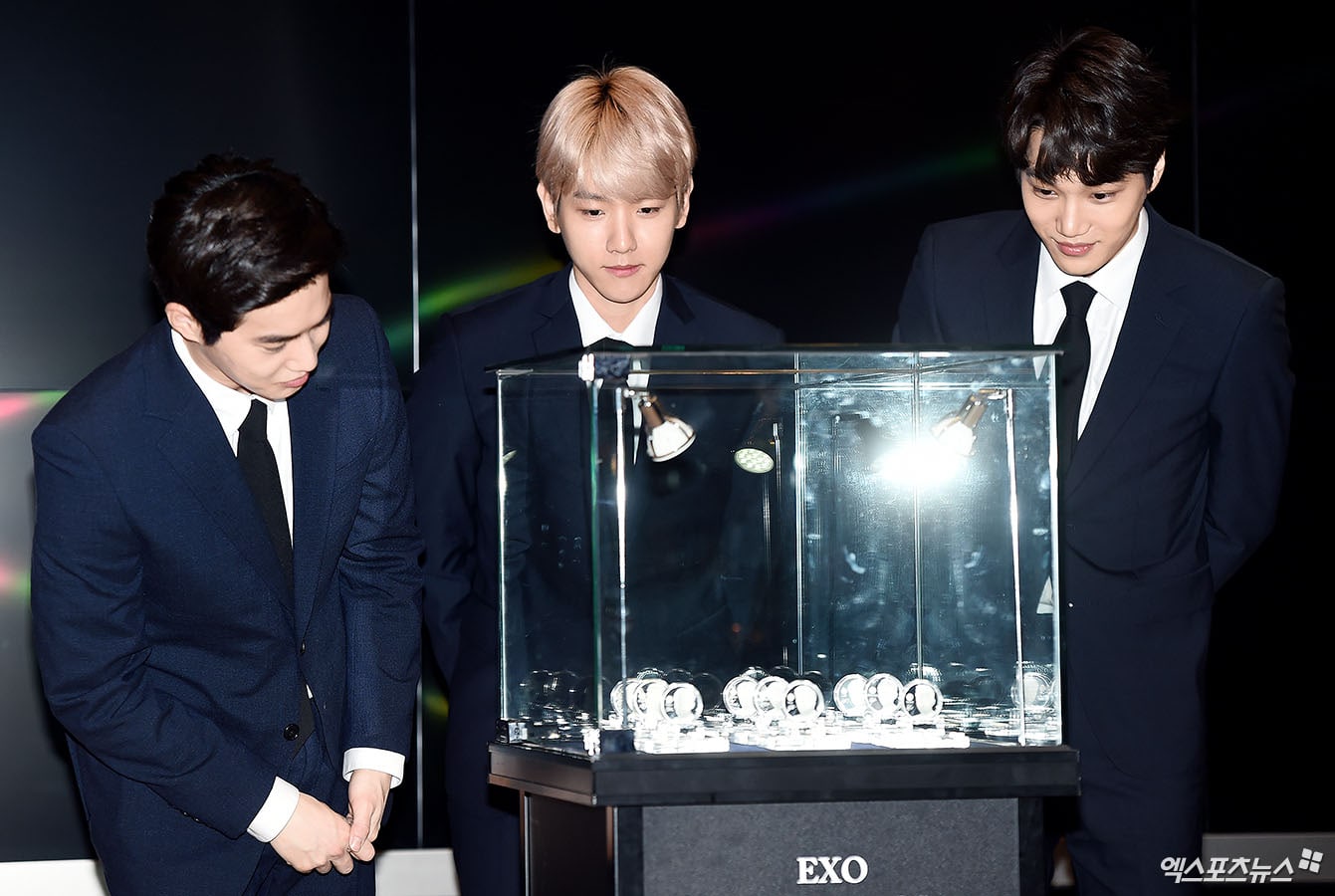 Last month, KOMSCO announced that they would be producing commemorative medals dedicated to the group in recognition of their worldwide achievements.

The K-pop idols was awarded by KOMSCO “in recognition of contribution to the global spread of Korean Culture by setting a record of over one million in sales of four full-length albums”, as engraved in the medals. 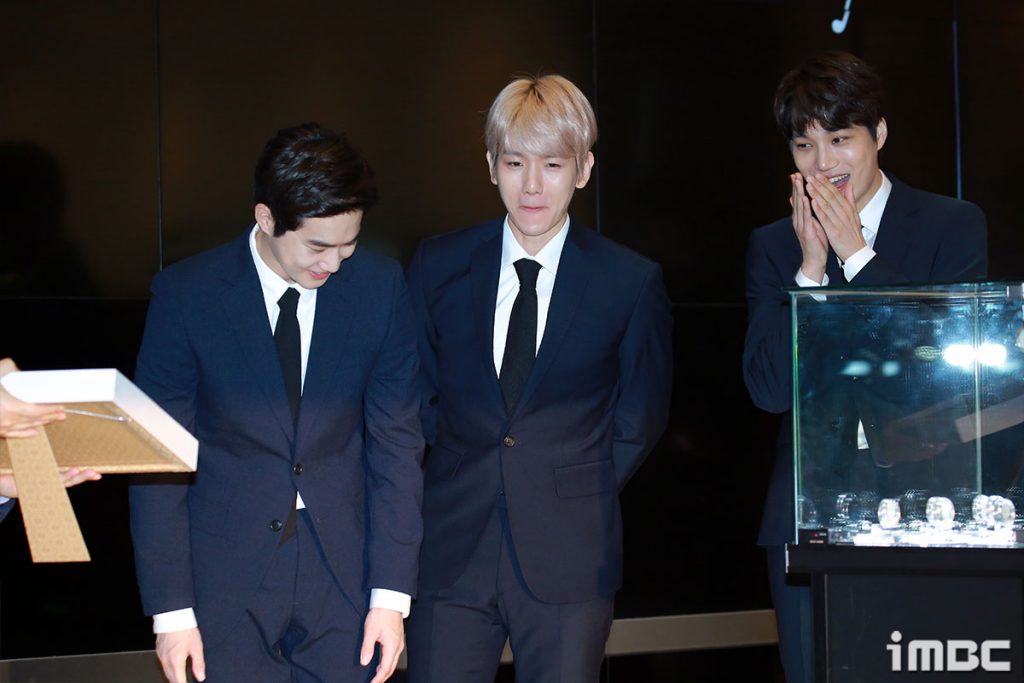 The three looked dapper in their black suits as they represented the group in the unveiling of the medals at SM Artium in COEX, Seoul.

Fans were quick to point out the three’s laughter in reaction to seeing the photos, which came from their rookie days, used for the medals.

EXO-Ls also became sentimental as it symbolized how far the group has come and expressed how proud they were of the boys’ new historical achievement. 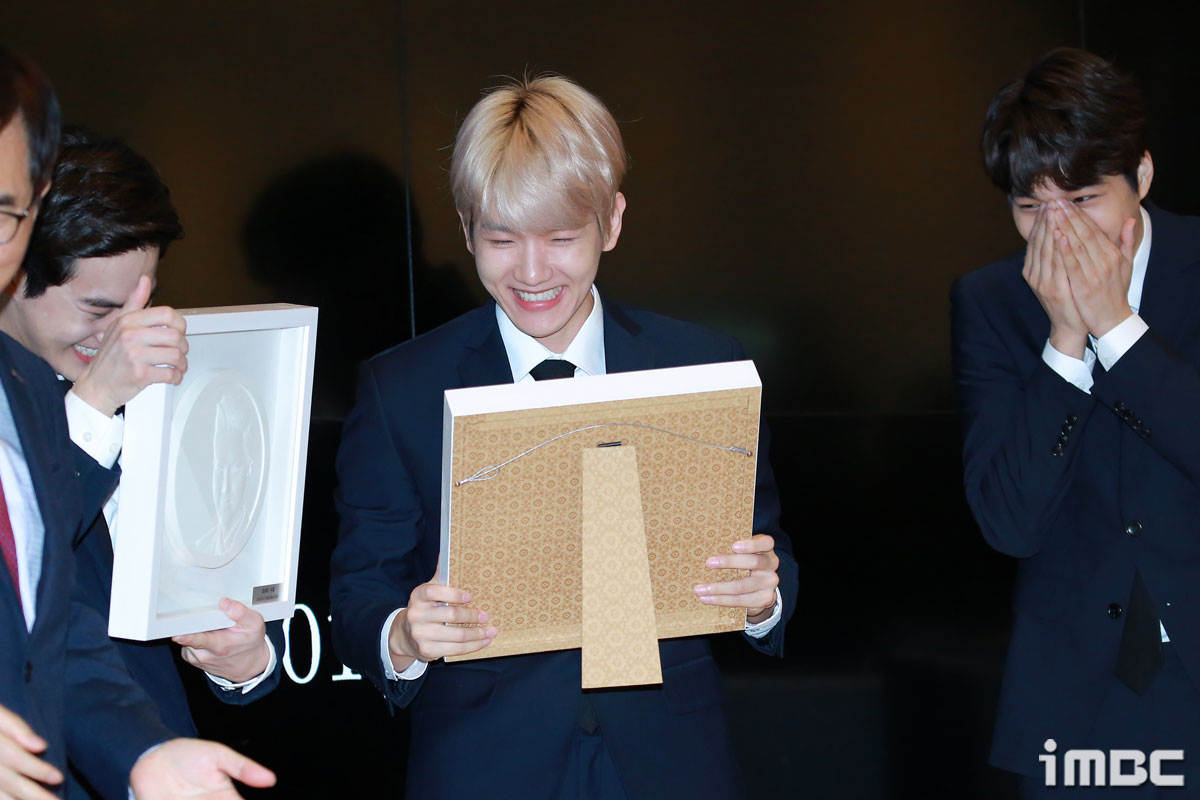 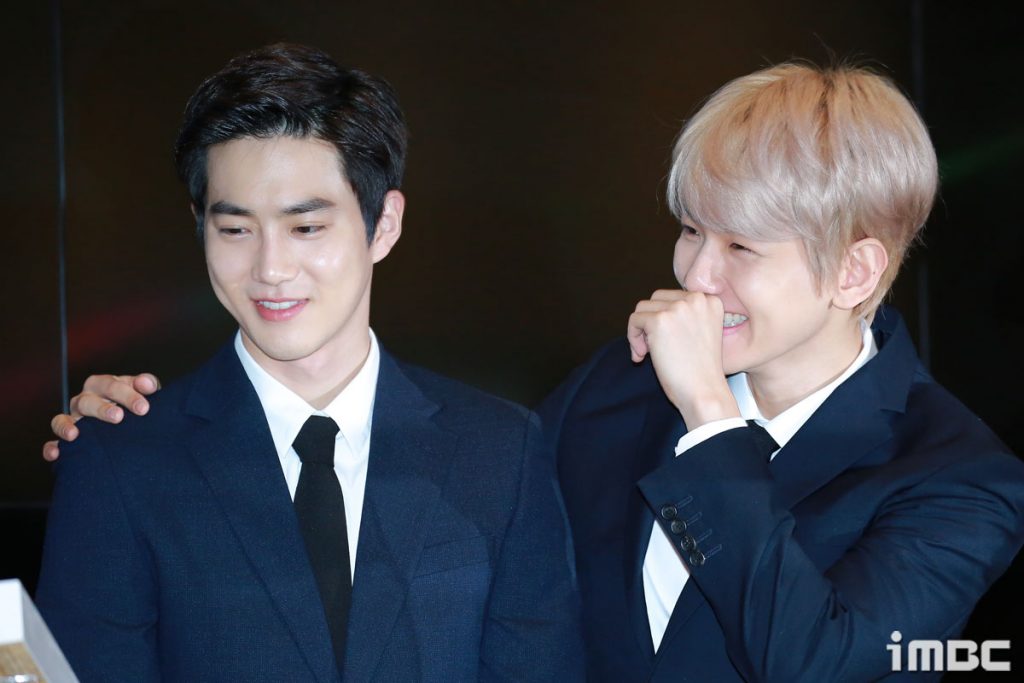 The medals are produced by the same corporation responsible for printing and minting Korea’s banknotes, coins, and other government documents. They also made the medals for the Pyeongchang Winter Olympics, where the boys performed at this year.

Faces of all nine members (yes, 9, including Lay!) will be on the front of the medal and the EXO logo on the back, with anti-counterfeiting measures and an official serial number.

There will be two versions of the medals, and fans can pre-order these special package commemorative medals starting noontime KST on April 23. However, only 5,000 medals and 100 sets will be available.

The regular commemorative medals are available for pre-order starting on April 30 at noon KST. Medals will then be made based on the number of prior orders received. 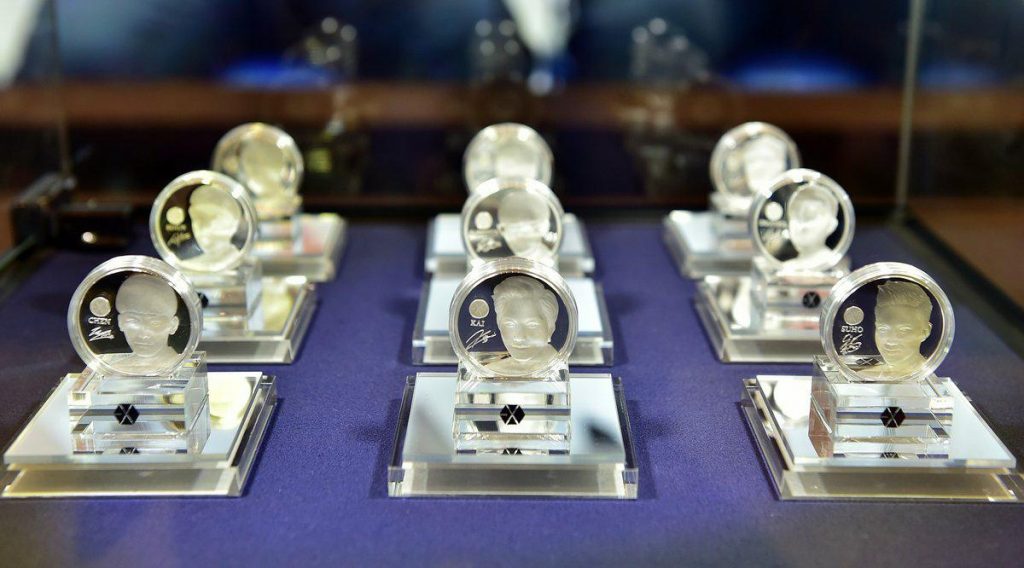