By Marty M | May 2, 2013
FacebookTwitter
SubscribeGoogleWhatsappPinterestDiggRedditStumbleuponVkWeiboPocketTumblrMailMeneameOdnoklassniki 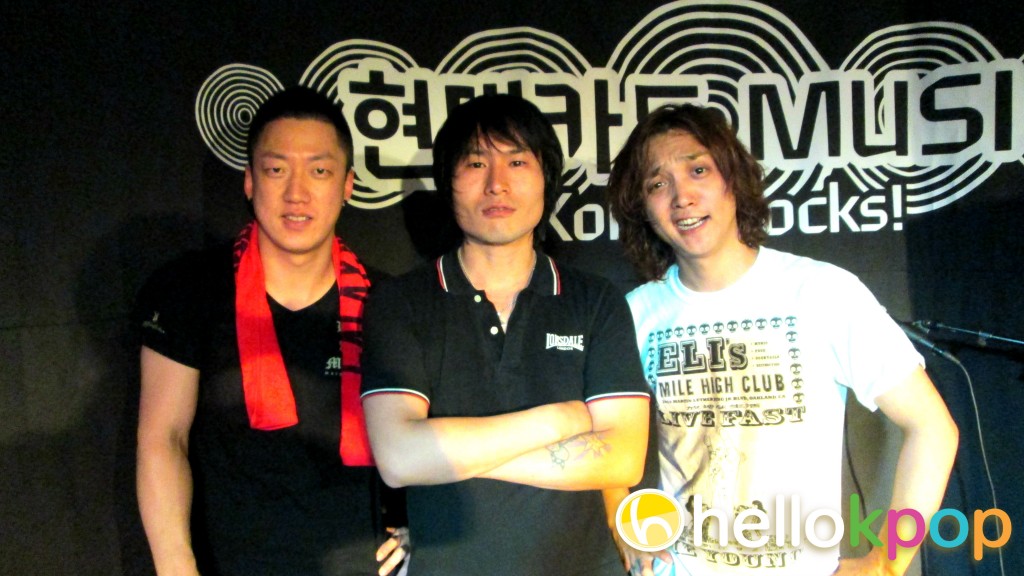 Formed in Seoul in 2006, the trio of Galaxy Express composed of Lee Ju Hyun (vocals, bass), Park Jong Hyun (vocals, guitar) and Kim Hee Kwon (drums) quickly attracted attention with their infectious blend of tightly wound garage rock, punk, psychedelic sounds and explosive performances. They have released four EPs and 3 albums which all grabbed some prestigious awards on Korean soil. Galaxy Express has held tours in America and played in various international festivals. They are now at the forefront of the Korean indie rock scene and became one of its most critically acclaimed acts.

Hellokpop had the opportunity to meet with them at Tunbridge Wells, Kent, just hours before they officially kick off their first UK tour as part of the Korea Rocks Tour sponsored by Hyundai Card Music.

How was your flight?

Well it’s still going to be 12 hours though. (laughs).Is this your first UK tour?

How is this tour important to you?

Jong Hyun: This is our very first time in the UK and we love to meet new people, travel to new places and gain potential new fans.

Hee Kwon: We want to see what the local scene is like. There is a lot of competition for indie rock here.

You have won a few awards in the past in Korea, could you tell our readers how popular you are today?

Jong Hyun: We’re not mainstream. We only have a couple of TV shows, on KBS, Music Bank.

Jong Hyun: It’s quite unfriendly. They’re not the biggest fans of rock music.

Did you actually play your instruments?

Ju Hyun: We did, but they usually don’t like it when an artist plays his own music. 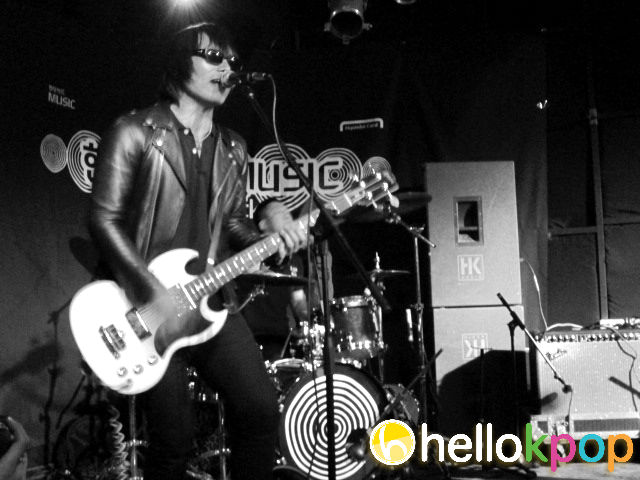 Why rock as a genre isn’t that popular in Korea?

Jong Hyun: Actually, rock was really popular in Korea in the 60’s and 70’s, but then a new president came who controlled all the culture; TV, magazine and radio. It was quite crazy. Because of that, the rock history had been cut. The acts had to play underground with no access to TV shows or being able to do big concerts. People could not hear Korean rock music anymore though Western rock music was still accessible. But now, with the internet and media trying to introduce rock music, it starts to get more attention. I think people are growing sick of dance music as it seems to be always been the same old thing; that’s why, I think.

Do people recognize you when you walk in the streets?

Jong Hyun: Not much. Maybe in Hongdae. However music lovers sometimes recognize us and it’s nice.

How would you describe your relationship with your fans?

Jong Hyun: We play a lot in Hongdae so they come to our shows, week after week, on week days. We’re very open to them. We communicate a lot.

Ju Hyun: Especially through the internet; on twitter mostly.

What do you think about Kpop popularity abroad right now? Do you think it can positively or negatively affect you?

Jong Hyun: We don’t really care about that. But we don’t hate Kpop, we think it’s good.

Jong Hyun: Because of Kpop, they are now many international websites seeking to interview us, like hellokpop. Although we belong to another kind of music, it does bring us some attention.

From our point of view as international audience, we look at Korean music and we see Kpop expanding into genres, embracing all its artists at once and not just one or a few isolated ones. Is there a similar process for Korean indie music?

Hee Kwon: It’s not very different; we’re trying to expand together, but it’s more difficult because we don’t have facilities to promote ourselves through videos.

Jong Hyun: As we said earlier, TV stations usually don’t like rock music because it is A LOT of technical work for them to make rock music come to live on air. But it’s getting better. There are new live music programs, new cable channels trying to promote rock music, and live music as whole.

As you are expanding in the Western world, are you more concerned about meeting critical acclaim or reaching big audiences regardless of what the Western press might think of you?

Jong Hyun: Well, we want to win audiences musically with our own quality. We hope to meet critical acclaim. We want to be a rock and roll band, and we want to work hard for it.

How important is it to expand out of Korea for you?

Jong Hyun: We live in Korea so we think Koreans are first. But we also want to make new international fans because we are not that welcomed in Korea. If we get a lot of international fans, Korean people might wonder why? What’s going on with that group? We want to keep up with our international audiences so we keep working in the UK or America. We visit the South By Southwest (SXSW) every year; this year was our third. We don’t want to stop that process. We want to keep introducing our music to new people. 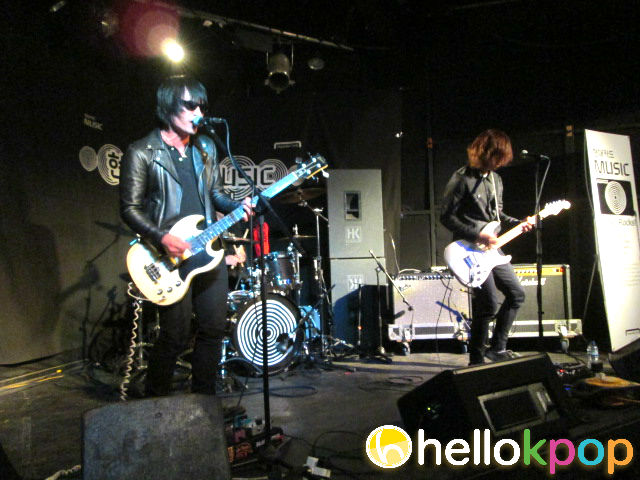 Do you have any British influences in your music?

Jong Hyun: We used to be a punk group so we like many groups like the Sxx Pistols or the Clash.

On the top of your head, what are your favourite songs?

Jong Hyun: The whole albums! Any song from Anarchy In The UK, God Save The Queen…

You named those bands like the Sxx Pistols or the Clash, that owe a good deal of their fame due to their controversial attitude. What are your views on that from your personal point of view?

Jong Hyun: For us it’s just music; we don’t think of any other ways like creating scandals to get bigger. It’s just the music for us.

Hee Kwon: Now there’s the internet and it’s a good tool to introduce our music to fans. We’re going to make more albums.

Jong Hyun: It’s hard in every country to keep a band alive, very hard. A lot of Korean artists are gone after one album. It’s getting harder, I think in every country, but sometimes I feel like a rest. We play underground and do a lot of shows but we’re music lovers and always been so.

Are you satisfied with your sound now or are you going to take new directions in the future?

Jong Hyun: We want to do more. We produce all our albums now but we’re interested in working with some good producers, some good guys.

If you could describe your sound in one image, what would it be?

Ju Hyun: Like a rocket, a rocket firing to space.

Jong Hyun: We made a new album and I think the jacket for this eponymous album represents us quite well. It’s very primal, wild, and instinctive (see jacket below). 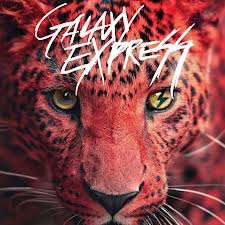 Do you have a specific plan in mind when you create new music?

Ju Hyun: We share our ideas, and try to find the structure together.

Jong Hyun: We have a very ambient way of creating new music.

What genres of music do you like, aside from rock?

Jong Hyun: And Kpop music as well. There is some good Kpop music. And we also like old Korean songs.

Last year, the Koxx produced a song for Myrio and one for 4Minute; if an idol company approaches you to produce a song, would you consider it?

Jong Hyun: Yeah, I think we can, for the big money (laughs). But I want to do it… musically. I want to communicate my vision. I’ve got to pass on my vision otherwise I’m not interested.

Do you consider producing for other groups, Jong Hyun?

Jong Hyun: Not right now. Right now all I want is my band (smile).

What are your goals as a group?

Jong Hyun: We want to get bigger.

Ju Hyun: Our fanbase is important for us and we want to keep going with them.

Despite the language barrier and unexpected questions which were honestly answered, this was indeed a valuable interview in which our readers can now learned more about Galaxy Express. I would like to thank the band for granting hellokpop such a rare opportunity to sit down and talk about rock music. We wish them the greatest success in wrapping up their first UK tour and their future development.

You can read the following stories from the Korea Rocks Tour at Tunbridge Wells:

Hellokpop, as an independent Korean entertainment news website (without influence from any agency or corporation), we need your support! If you have enjoyed our work, consider to support us with a one-time or recurring donation from as low as US$5 to keep our site going! Donate securely below via Stripe, Paypal, Apple Pay or Google Wallet.
FacebookTwitter
SubscribeGoogleWhatsappPinterestDiggRedditStumbleuponVkWeiboPocketTumblrMailMeneameOdnoklassniki
Related Items4MinuteApollo 18Galaxy ExpressGate FlowersGoonamGoonamguayeoridingstellaHyundai Card MusicKBSKim Hee KwonKorea Rocks TourLee Ju HyunMusic BankPark Jong HyunSouth By SouthwestSXSWThe KOXXTunbridge Wells
← Previous Story B.A.P’s Him Chan to return for free US fan meetings
Next Story → Ticketing details for G-Dragon’s concert in Malaysia