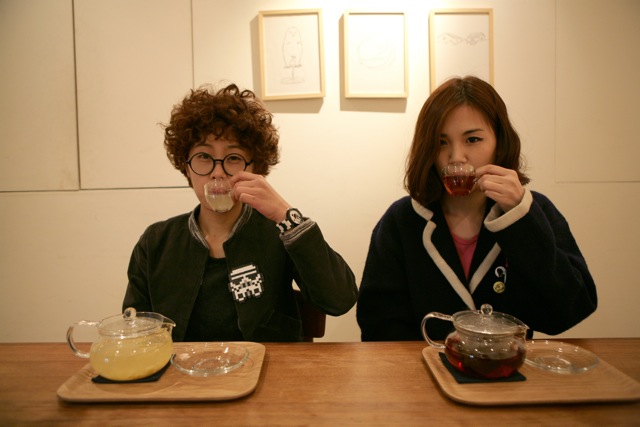 Behind the Korean pop stars that flood the Korean music industry scene, lie more passionate Korean musicians belonging to out-of-pop-genres that are yet to gain much publicity to international Korean music fans. Yes, you may have heard of this genre before: Korean Indies.

Most who have listened to Korean Indies before end up with great praises for their poetic lyrics, soothing music, and beautiful sounds. But, how much do you know about Korean Indie bands and their passion for music?

Here, Janel finds out more about one K-Indie band by talking to Lucite Tokki (루싸이트 토끼):

Mini Info-pops: Lucite Tokki are formed in 2005, they are a K-indie band consisting of 2 female members – Sun Young Kim (Guitarist) and Ye Jin Cho (Vocalist). With their latest digital single ‘Summer’, which was released recently in August 2011, they have since released 4 albums since their launch. Based in Seoul, the band creates their own music and is a force to be reckoned with in the K-indie world!

Lucite Tokki: We were called ‘Tokki’ for a very short period of time until we called ourselves ‘Lucite Tokki’. Our friends told us that the name ‘Tokki’ was too simple and kitschy so we’ve decided to add the word ‘Lucite’ in front. ‘Lucite’ is a sort of synthetic resin and we liked the nuance of it. There isn’t any special meaning behind our name, but the reason we were named ‘Tokki’ was simply because of the two rabbit characters we use for all of our illustrations.

How did you first get started with Pastel Music? Did you have to participate in competitions or join auditions?

We sent our demo CD to Pastel Music and they gave us a callback. After a short interview, we were accepted to the label. At the time, Pastel Music was into releasing a lot of imported albums that we liked and purchased, so we believed our music would go along with those sounds. But – we are no longer with Pastel Music since our last album ‘Self’. We are now producing everything on our own, and getting help from ‘Magic Strawberry Sound’ for management and promotion.

Describe your life as an artist – what made you choose this path to becoming a musician?

Kim Sun Young: My life as a musician started when I was in middle school. I met a boy who I liked in church (I thought he was my first love at the time). He played the guitar, so I asked him to teach me in order to get closer with him. I soon realized that my guitar was way hotter than the boy. I guess that was the beginning (laughs).

Cho Ye Jin: I always loved creating things on my own, for instance, my dreams, my impressions, and my soul. When I was a student, I had so many things I wanted to do (and still do). I wanted to become a musician, cartoonist, writer, voice actor, etc. – But I enjoyed making music and singing it to myself and my friends the most… so I tried and also strived to become a good musician since then, until now. 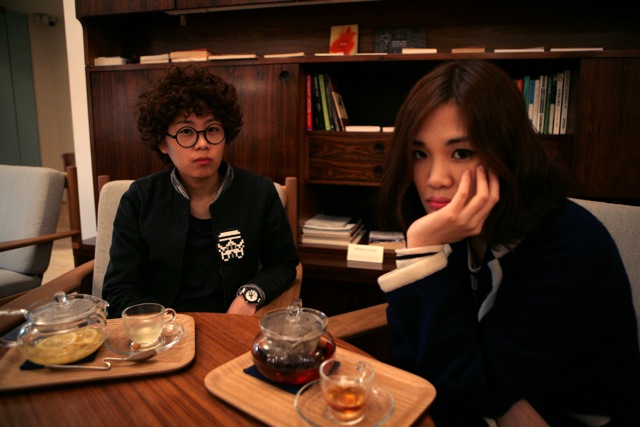 How many hours and days a week do you spend practicing?

Lucite Tokki: We do not set up a certain time for practice since we are usually together most of the time. During those times, we constantly listen and create our music.

Does the band handle everything – from composing to production of all the lyrics and tunes? Do both of you write the music together?

Lucite Tokki: We usually write our songs separately. There are a few songs we wrote together, but it is better for both of us to write the songs alone, and then meet up afterwards to do the arrangement together.

We have been handling everything from composing, writing lyrics, and making the tunes since our first album. Starting our album ‘Self’, we even did the recording and mixing process on our own.

Our upcoming full album will be made like this as well.

How many concerts / live performances have you participated in, and which performance is your favourite? Why?

Lucite Tokki: To be honest, we had so many concerts, small club gigs, cafe shows, and so on, that it is hard to keep track with numbers. Most of them were memorable and we had so much fun, but our favorite would probably be our latest performance. Since we recently got new instruments along with new songs, we are got excited trying out new things.

What is your first memory of being inspired by music?

Cho Ye Jin: When I was a little kid, I loved to sing along to soundtracks of animations. My favorite song at that time was ‘A Whole New World’ from the famous Walt Disney’s animation, ‘Aladdin’. I remember singing the song and feeling a touching emotion along with some kind of freedom. I guess that was my first memory of being inspired by music.

Kim Sun Young: There were too many memories being inspired by music for me, and it is so hard to think which one was the first. Sorry   : (

Is there anyone who is your musical inspiration?

For me, it’s ‘everybody’.
When I was young I used to think that I didn’t want to know about others, but I was completely wrong. I actually loved people. And by understanding those people, I learn what they want in life, and also find out how they think and feel about life. These habits of the people give me big hints when I’m writing songs.

Kim Sun Young: In my case, that person would be Ye Jin.
Of course I am inspired by the people I meet, but I tend to spend most of my time with Ye Jin. I tell her everything such as how I think about someone, what I’ve learned through an experience, and how I’m feeling at the moment. She does the same for me, and by that I learn a lot and get inspired in many ways.

Who are your favourite bands / singers?

Cho Ye Jin: There are too many musicians that I love but if I had to just choose just one band, I’ll say ‘Mansun’ from UK. Their music may not be similar to the music we make, but they gave me such a huge inspiration.
Kim Sun Young: I also love a lot of musicians from all over the world, but I enjoy listening to 70-80’s American music the most – especially Todd Rundgren, Suggie Otis and Paul Simon. 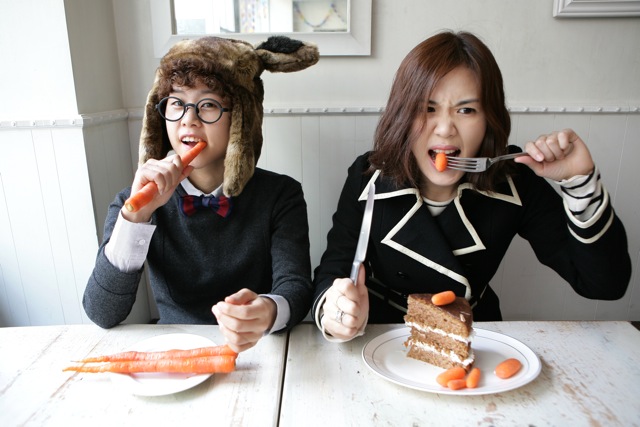 What is the most difficult part in getting your music out there?

What is the best advice you have received?

Cho Ye Jin: ‘Enjoy Yourself’. It was simple, yet a great advice.

Kim Sun Young: Mine is very similar to Ye Jin’s but it’s: ‘Having fun is the key to make good music’.

What advice would you give to other musicians trying to publish their music?

Lucite Tokki: Just show yourself who you are. Finding out your identity is the most important part for making your music and even for living a meaningful life.

What are your top 3 hit songs and what songs would you recommend to new listeners to your music?

Lucite Tokki: ‘Spring Spring Spring(봄봄봄)’, ‘Play With Me In My Dream(꿈에선 놀아줘)’  and ‘Go’ are our most popular songs.

We would also like to recommend ‘December(12월)’ and ‘SUMMER’ as well.

Where do you hope to be or hope to achieve for your band in another 2 years time (year 2013)?

Lucite Tokki: We always dream of conquering the world! By our music, of course! (laughs) But continuing making good music for our supporters and listeners is our biggest hope. We sincerely wish we will never forget that hope until then, and forever.

Is there anything you would like to say to your supporters out there?

We are trying our best to make better music every moment, so please keep an eye on us. We promise we will write more songs in English to reach out to you guys! We can’t wait to meet you all someday.

Thank you for the love and support always!

To find out more about Lucite Tokki, visit their website at http://www.lucite-tokki.org/