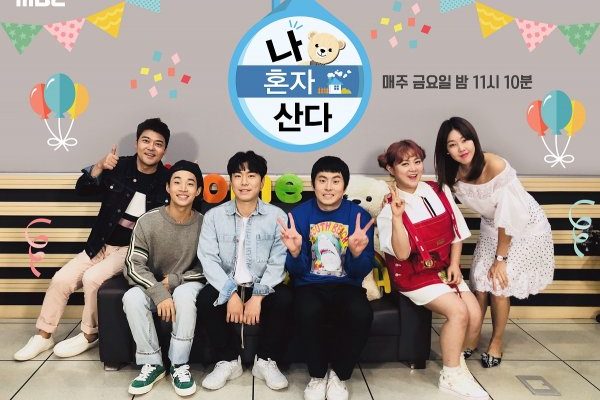 MBC confirms that I Live Alone was selected as an outstanding program by advertisers this year.

According to the production team, I Live Alone was chosen as the best entertainment program in 2018. This decision was made by the Korean Advertisers Association.

The association explains that the show unfolds the evolving culture inside single-person households by looking at the different lifestyles of men and women. Aside from being informative about this matter, it also praised the show for being enjoyable for the public.

I Live Alone is recognized as one of the “real variety” shows in Korean television. The program is unscripted using documentary techniques with variety show elements. Every Friday night, this program shows selected peoples’ everyday lives, both in and out of their residences.

As stated on the show’s official homepage, there are about 5 million singles in South Korea and about one-third of South Korean entertainers are also counted with a “single” status.

I Live Alone shows the singles’ daily lives and exhibits to show empathy to them especially on celebrities’ lives with real stories.

Since the show’s beginning, each host of this program gathers to form a club called Rainbow. The current members of the show are Jun Hyun Moo, Kian84, Han Hye Jin, Lee Si Eon, Park Narae, Henry Lau and Simon Dominic.

On the other hand, the award given to the show is selected through voting and screening by the members of the Korean Advertisers Association. The criteria involves how the program is healthy and profitable enough for families to watch together. High ratings and high advertising effectiveness also helped in the decision for this honor.

The award will be given to the show through the Advertiser Night of 2018 Korea Advertiser Competition, which is scheduled to be held in Seoul on October 25th.

You can catch episodes of I Live Alone on Viu! Stay updated for your latest Hallyu news, follow us on Twitter!