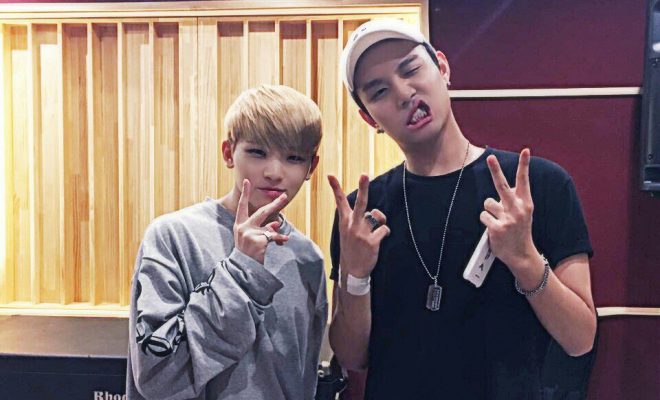 Rapper Kanto is making a surprise return with his first comeback after two years. His new single, titled These Days, will be dropped on September 6, 12AM KST. The rapper has also enlisted the help of Seventeen‘s Woozi, who will be the featured vocalist of the song.

Moreover, Woozi’s vocal appearance marks the first time a Seventeen member has been featured in other artists’ songs. It is said that he will reveal a vocal charm, which he did not show through Seventeen’s activities through his featuring.

These Days is described as a medium tempo hip-hop track, with a refreshing synergy between Kanto’s rap and Woozi’s vocals.

Are you looking forward to this collaboration?

We need your support! If you have enjoyed our work, consider to support us with a one-time or recurring donation from as low as US$5 to keep our site going! Donate securely below via Stripe, Paypal, Apple Pay or Google Wallet.
59
SHARES
FacebookTwitter
SubscribeGoogleWhatsappPinterestDiggRedditStumbleuponVkWeiboPocketTumblrMailMeneameOdnoklassniki
Related ItemsKantoSeventeenThese DaysWoozi
← Previous Story GOT7’s Yugyeom Confirms Appearance On ‘Hit The Stage’
Next Story → FTISLAND’s New Song Chosen To Play At Universal Studios Japan