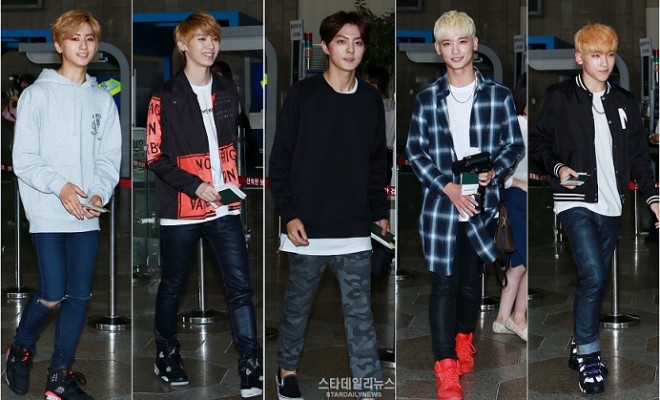 M.A.P.6 Kicks Off First Fan Meeting Ahead Of Debut

Did you have a memorable time at M.A.P.6’s fan meeting yesterday?

According to Dream Tea Entertainment on October 30, Girl’s Day’s brother group M.A.P.6 has kicked off its first ever fan meeting at the Agape House in Nonhyeon-dong at 6 p.m (KST) on this day before making its official debut on November 10.

It is reported that 77 lucky fans were selected on a “First come, first served” basis to attend the special event, where the M.A.P.6 boys made their efforts to get closer to fans by holding an intimate talk session, eating snacks and giving an impressive performance of their debut single.

In related news, the quintet are set to hold their first showcase on the debut day.