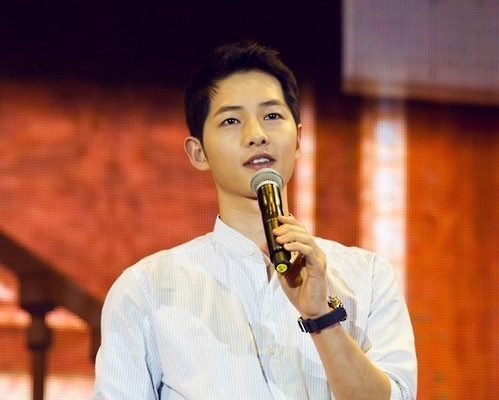 It’s a good chance for international fans to interact with Song Joong Ki!

Actor Song Joong Ki headed for China to hold a press conference, where he shared honest thoughts about the popularity of his drama Descendants of the Sun as well as revealed his future plans. 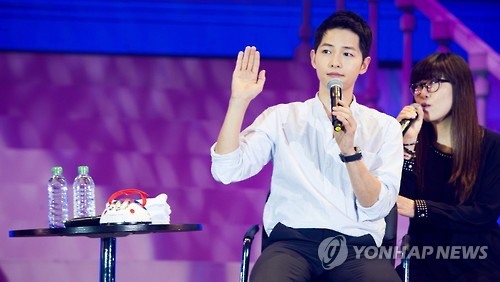 According to Song, he wanted to play a role in Descendants of the Sun right after reading the drama’s script. In addition, he preferred to work with top actress Song Hye Kyo.

The actor admitted that although the drama’s huge success catapulted him to stardom, it is also the big challenge he needs to overcome after the TV series wrapped up. He said: “I’d be lying if I said I am not feeling any pressure. The best way to deal with it is to star in another great series, and I am still trying to land one.”

Meanwhile, when asked about the Chinese director he hopes to cooperates with, Song said that the person he always admires is Wong Kar-wai, who won the Best Director honors at the Cannes Film Festival for Happy Together (1997). The actor also expresses a sincere love towards his idol, saying: “I’ve always loved Wong Kar-wai’s films, and I spoke to Song Hye-kyo about him. He has a unique style.” 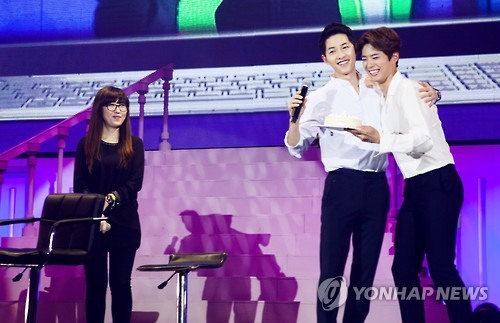 Meanwhile, Song Joong Ki officially kicked off his Asia tour with the first fan meeting in Beijing on May 14. The heartthrob will continue touring across seven other cities in China and some neighboring countries, before wrapping up his tour on May 25.