TVXQ’s Yunho, who officially enlisted in the military on July 21, participated in a completion ceremony held at the 26th Mechanized Infantry Division in Yangju, Gyeonggi Province on August 27, after finishing five weeks of basic military training. 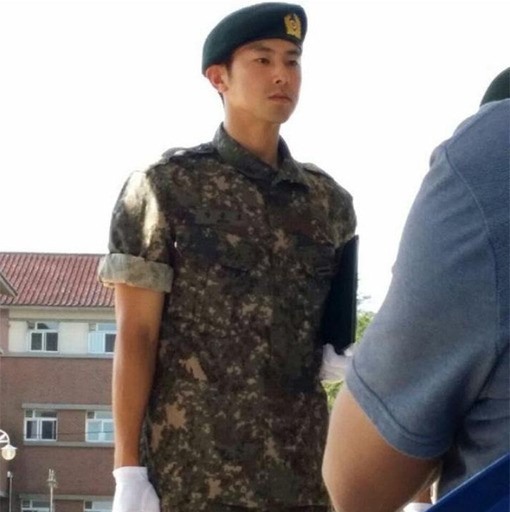 A photo of Yunho at the ceremony was unveiled on the same day. In the photo, the star melts fans’ hearts by showing his enthusiasm and matureness in his military uniform. At the event, he snagged the Best Recruit award for his aptitude and diligence.

In related news, Yunho’s groupmate Changmin will also join the army for his mandatory service as a conscripted policeman later this year. Thus, fans can look forward to TVXQ’s comeback in two years.