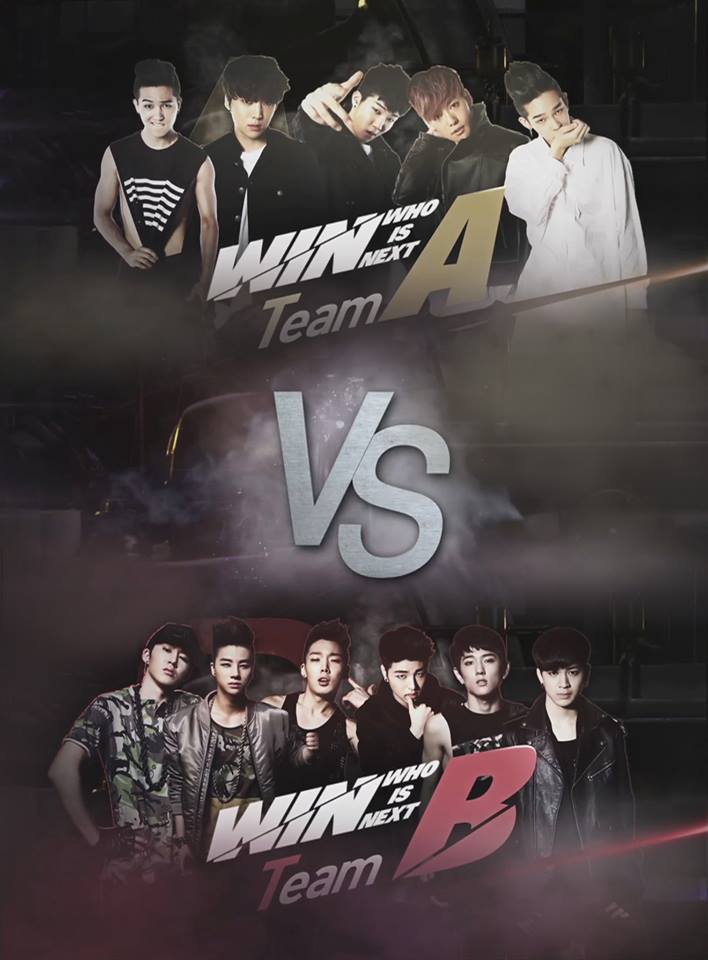 Who won the first battle on WIN (Who is Next): Team A or Team B? 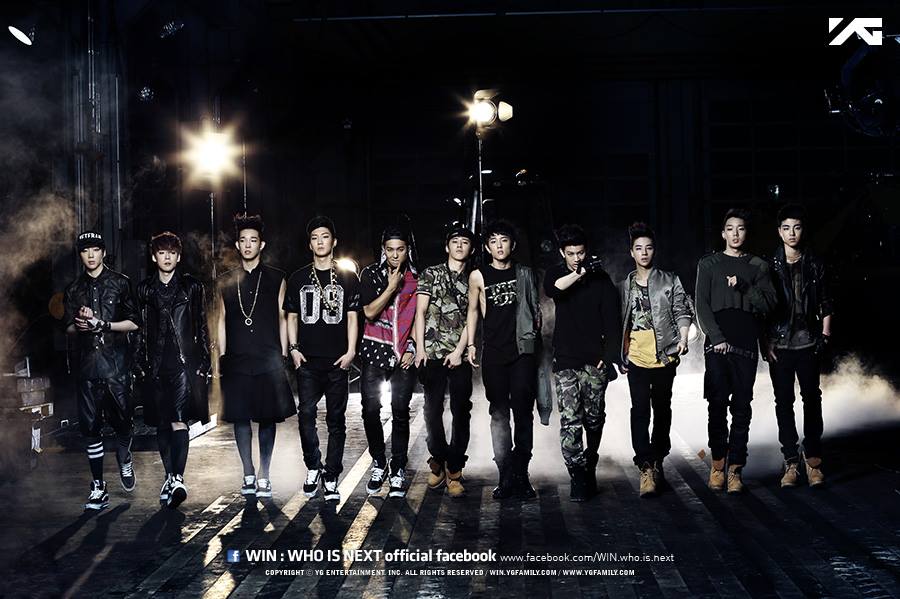 The results of YG‘s WIN: Who Is Next‘s first battle are out, and the team that came out victorious for the first round has been decided. Is it Team A or Team B?

After several episodes aired in the lead up to the real battles, which decides the first boy group to debut under YG in years since BIGBANG, the votes for the first round has been calculated. Team A which includes Kang Seung Yoon, Song Minho (Mino), Lee Seung Hoon, Nam Tae Hyun and Kim Jin Woo, and Team B consisting of B.I, Bobby, Kim Dong Hyuk, Kim Jin Hwan, Koo Jun Hoe and Song Yun Hyung, performed in front of the judging panel formed by the members of BIGBANG and 2NE1. For this time round, the mentors and producers for each team were Taeyang for Team A, and G-Dragon for Team B.

Episode six saw Team B as the winners of the first battle, with voting resulting in 5:2, however, the tables have turned, as the votes showed Team A to be the ultimate winner of this battle. Despite losing to Team B in previous episodes, Team A have came out as this week’s ‘winner’. 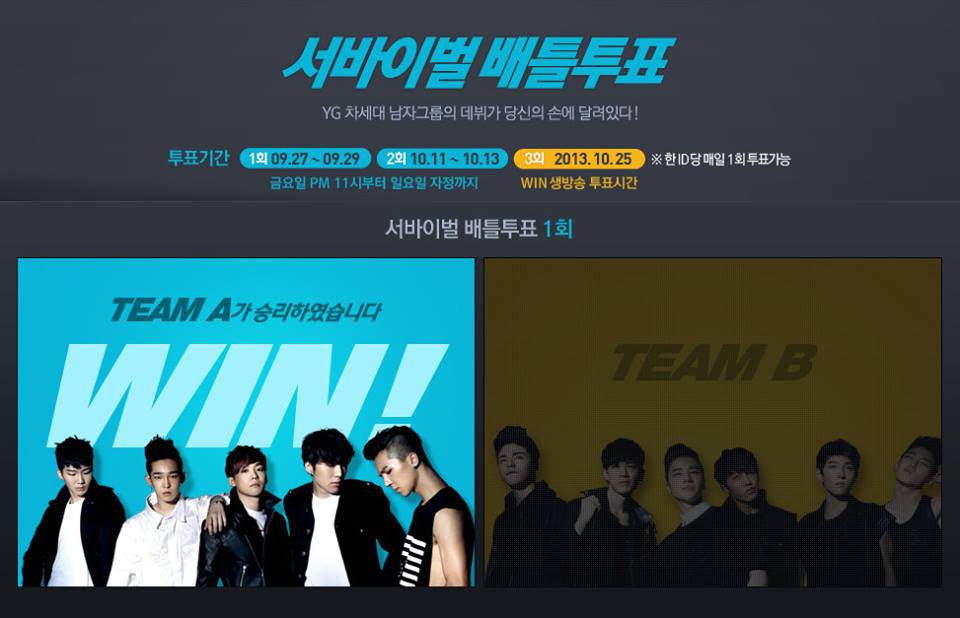 The breakdown of the voting:

Although it was by a close margin, Team A had won nevertheless. Congratulations to Team A for winning the first round.

The first round has ended, but it is not the end as there are two more rounds to come.

Which team do you support?