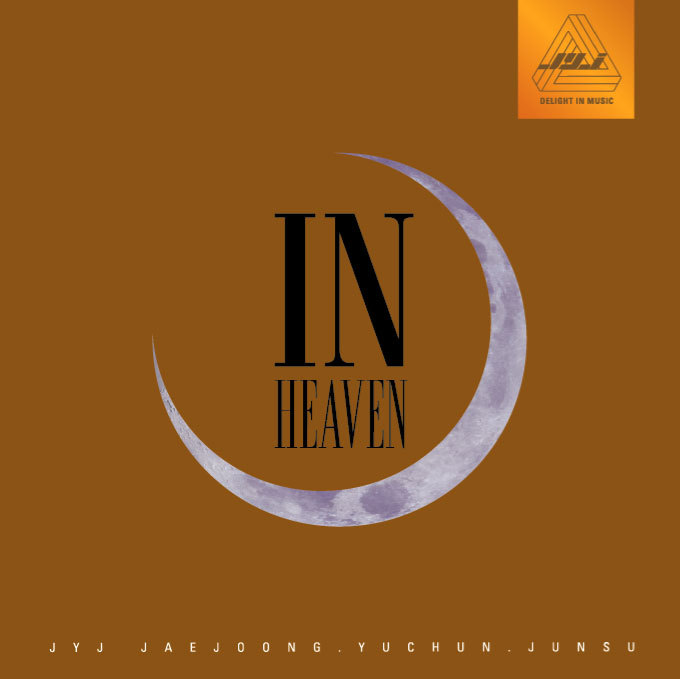 Among today’s proliferation of idol groups and specifically boy bands, JYJ is in a unique situation: there’s an onus on this trio to display development as musicians in their own right. A couple reasons for that. First and more obviously, the trio has been on this scene for nearly eight years now, counting their TVXQ years; people expect much more out of such an experienced group. Second and more saliently, JYJ can no longer rely on the oft-maligned but always solid and sometimes brilliant production team at SM Entertainment. The group’s current home, C-Jes Entertainment, doesn’t have a Yoo Young-jin or a Kenzie, and they know it. So JYJ needed to step up for In Heaven, their first major Korean release, not only to quiet the naysayers but also to secure their musical future. They did, and met expectations.

Seven of In Heaven‘s nine tracks were composed by JYJ members, and all nine were written by them. That’s ambitious. Of course, what’s more important is their quality, but among the younger generation of idol artists (yes, JYJ is still comparatively young), this level of self-sufficiency is still pretty rare. As a result, this is really the first body of work from JYJ (or pre-breakup TVXQ, for that matter) that can really be attributed to their musicianship, as opposed to just their vocal prowess. A closer look at these nine tracks reveal plenty of good things.

In Heaven is really defined by its ballads. Lead single In Heaven, produced by Kim Jaejoong, is predictably the catchiest: the stuttered synthesizer and the contrasting harpsichord make for a  trendy pop ballad, and one that actually doesn’t miss too much of a beat compared to, say, Mirotic‘s ballads. The brooding melody develops with admirable patience, and the chorus is attractive, featuring the closest thing to a full-set TVXQ harmony that we’ve heard since the group’s split. To me, the chorus is actually a little too tame; it doesn’t seem to release as much tension as it built up throughout the lengthy verses. (This is especially apparent at its last occurrence, where an emotional bridge is abruptly downed by the same chorus.) All three vocalists give good performances, but some of their intensity is wasted on a middling refrain. Still, this is a well-balanced ballad, and the strong melody carries In Heaven to green pastures.

Kim Junsu takes the reins in 낙엽 (Fallen Leaves), and this one is more traditional. The instrumentation is familiar – piano, strings, electric guitar – and the lyrics austere; Junsu creates a flowing, sometimes operatic melody with that soundset. The greatest danger with this type of traditional-strings ballad is falling into mannerisms, but Fallen Leaves sidesteps that issue for the most part. That’s due in part to the elegant arrangement (I’m not sure who worked on this album’s arrangement; there’s a chance that JYJ members also handled that part, but that usually doesn’t happen) and in part to the vocalists’ performance. Kim Junsu sounds the best on his own track, his tender vibrato and effortless falsetto stealing the show here, but Jaejoong and Park Yuchun also take their parts well. (Yuchun seems a little too fond of that falsetto, but it’s not a big issue.)

As solid as Jaejoong and Junsu’s respective ballads are, they are still fairly rudimentary. That changes in 소년의 편지 (The Boy’s Letter), where veteran composer Kim Hyung-suk pulls out all the stops in creative structuring. The track clocks in at over five minutes, and while it does drag a little, it paradoxically only drags during its first couple of minutes. The Boy’s Letter employs a double-bridge structure; it contains the usual two verses and choruses, followed by a bridge and chorus repeat, and then inserts another bridge before finishing with a final chorus. In this particular case, that structure also necessitates a “false ending” – the track appears to end around 3:30, following a climactic chorus and denouement, but the seeming outro leads into the second bridge and an even more emotional final chorus. It’s a nice theatrical device, and one that works well in terms of imagery; for example, Yuchun sings “Hear the boy’s song, the star brightens even more”, as the track itself scales up and rousing strings explode out. The last chorus is also made much more dramatic as a result of the layered buildup.

Now, if it wasn’t for the last two minutes, The Boy’s Letter would be a really boring track. As I mentioned above, the song drags during its first few minutes. The melody simply isn’t the most engaging one out there, and is a huge beneficiary of the unorthodox structure and stirring instrumentation. Fortunately, the last two minutes are in fact there, and ensures the track’s standing heads and shoulders above In Heaven‘s other fan-service track, You’re.

That opening-half trio of ballads is the best thing about In Heaven; the quality dips somewhat in its faster-tempo tracks. The best of the bunch is Get Out, co-composed and co-written by Kim Jaejoong and Park Yuchun. It’s again solid, displaying tasteful use of dense synth textures, but runs into the same problem as In Heaven (the track): the chorus’s resolution doesn’t do justice to a sublime setup. It’s worse in Get Out, because the chorus itself isn’t all that engaging. Also, while the synth tones are used in wise moderation, the track still has way too much jarring embellishments: from pervasive extra vocal layers to distracting echo effects, Get Out suffers from unnecessary decorations. Other dance tracks, ranging from the flat Mission (Yuchun’s rapping was never good, and it doesn’t improve here) to unfocused I.D.S to outdated-sounding Pierrot, are all pretty unpalatable. This isn’t necessarily a disappointing result, especially for a first effort; it’ll take JYJ a while, I think, to learn to compose truly good uptempo tracks, and it’ll probably take longer to return to the caliber of older, SM-produced tracks.

That should have been the theme for all of In Heaven, really – no one expects perfection on the first try. But considering how well-done the album’s ballads are, I think In Heaven actually surpasses expectations on that front. And though this “debut” effort is merely good, JYJ will only get better from here on out – they’ll grow more experienced in crafting a musical world solely of their own, and they’ll learn to combine their vocal and expressive talent with music of their creation. That is when their works will become great. We are witnessing these three men become artists, in a fuller sense than before.