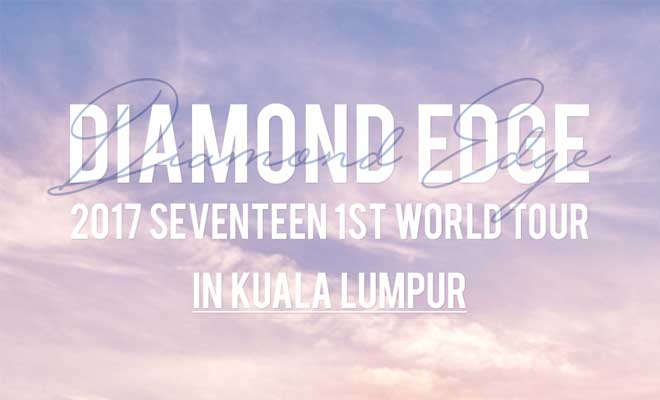 Get Ready For The ‘2017 SEVENTEEN 1st World Tour: DIAMOND EDGE’ In Kuala Lumpur

The wait is over! Korean rising boyband SEVENTEEN will be making its way to Malaysia for its very first world tour.

Debuted in 2015 under Pledis Entertainment, Seventeen has been gaining much attention both domestically and internationally.

Due to popular demand, IME Malaysia will be bringing the boys to Kuala Lumpur for the ‘2017 SEVENTEEN 1st World Tour: DIAMOND EDGE.’ 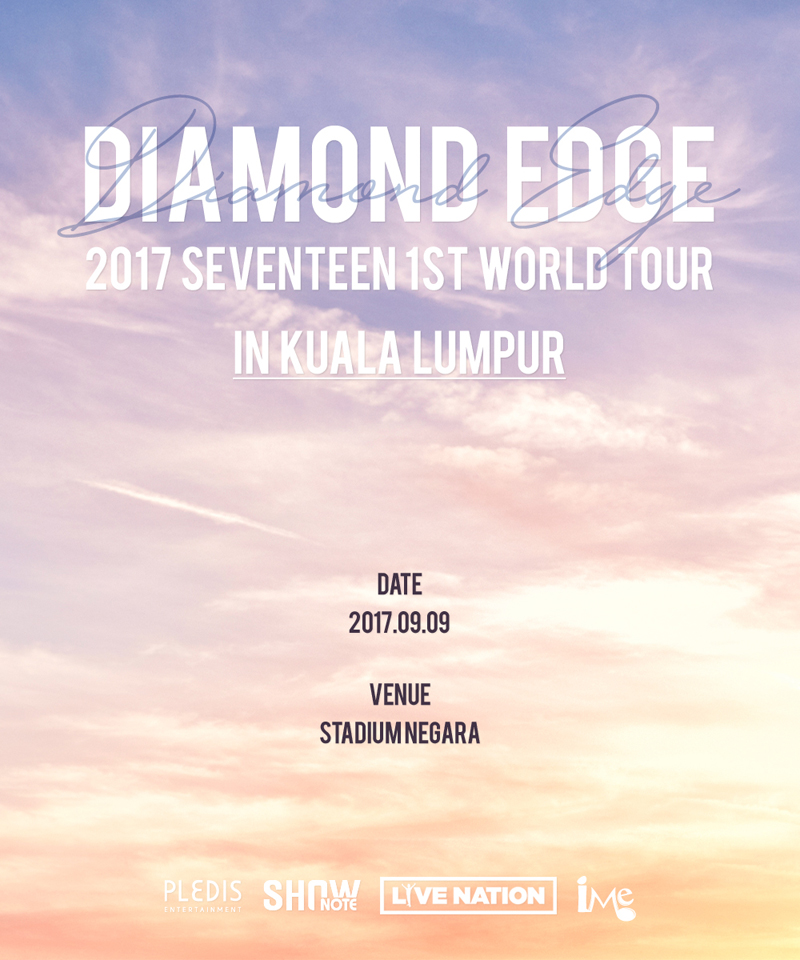 The group made it on Billboard’s World Albums chart right after the release of its debut album, 17 Carat, which was indeed an amazing achievement for a rookie group back then. On top of that, the tickets for SEVENTEEN’s first ever solo tour in Korea were sold out within 1 minute.

The boys continue to rise to fame in the following years with several major achievements such as ‘Best World Performers’ at Mnet Asian Music Awards, ‘Disk Bonsang’ at 2017 Golden Disc Award and more.

Get ready to be amazed by their live performance and impressive stage appearance!

The ‘2017 SEVENTEEN 1st World Tour: DIAMOND EDGE in Kuala Lumpur’ is made possible by IME Malaysia.