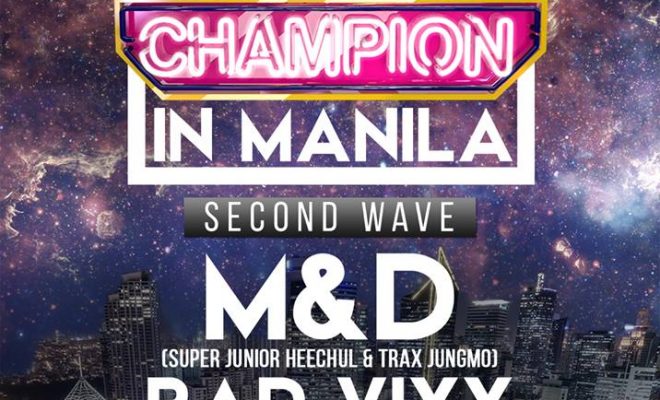 MONSTA X pulled out of the line-up, there is Gugudan on board instead.

The line-up for MBC Music Show Champion In Manila, happening on September 3, was fully revealed on July 24, after a sudden change of line-up regarding Monsta X. 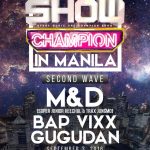 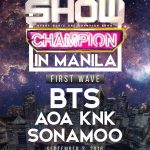 The initial line-up was (first wave) BTS, AOA, KNK, Sonamoo, (second wave) M&D, BAP, VIXX and MONSTA X. However, a few hours after the initial announcement, the Starship Entertainment band was announced not to join the show anymore. Instead of the boy group, Jellyfish Entertainment’s girl group Gugudan is coming on board.

The reason of the sudden change seems to arise from MBC’s side, but All Access Productions reassure fans they will try bringing the band for a solo event instead.

The venue and time of the show have yet to be announced. The organiser, however, revealed details on ticketing. Check it out here.