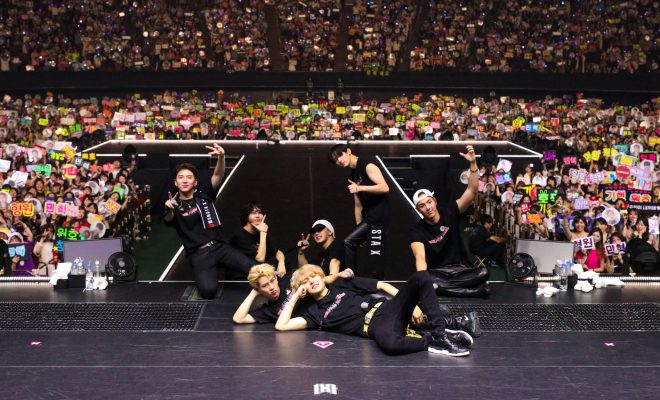 MONSTA X Successfully Wraps Up “WE ARE HERE” World Tour, With Many Beautiful Memories Shared With Monbebes

MONSTA X marks the end of another glorious era as their WE ARE HERE World Tour finally wraps up!

MONSTA X lists another resounding success as the boys triumphantly completed all their stops for the massive 2019 MONSTA X WE ARE HERE World Tour. 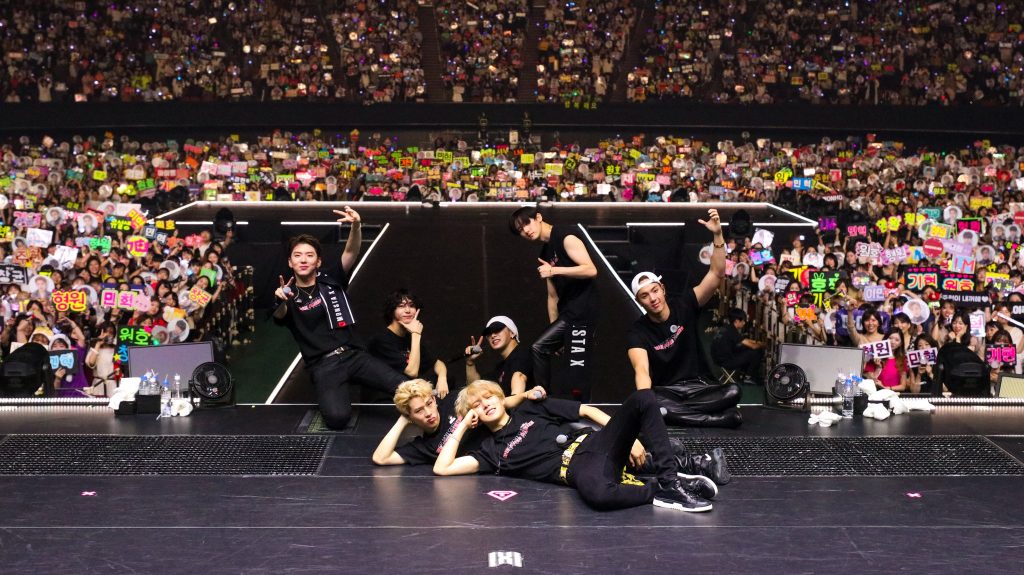 The boy group had finally marked the conclusion of yet another successful world tour as they officially staged their final show in September 4 in Osaka.

Starting from April 13 in Seoul, the septet held a total of twenty three shows in 13 countries of 20 cities. They visited fans from all over the world including stops from Asia, Australia, North and South America, and Europe.

The WE ARE HERE World Tour marked their third world tour following Beautiful in 2017 and The Connect in 2018. It is also listed officially as their largest tour to date. 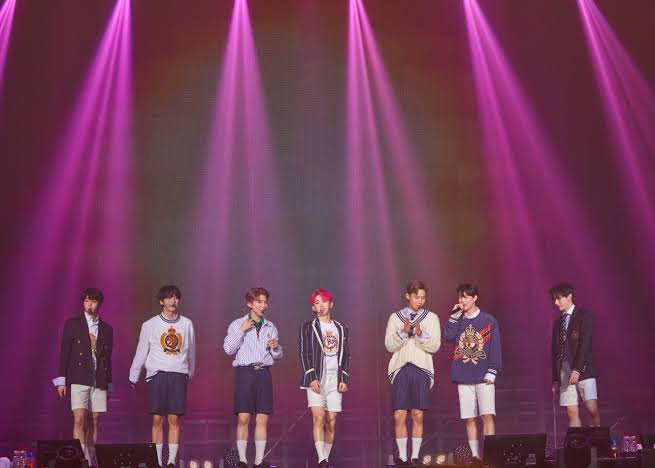 Right from their two-day show in Seoul which kickstarted the tour, MONSTA X signaled success with sold-out showcases in Seoul Olympic Handball Gymnasium.

The boys also made history as they staged their very first show in Los Angeles’ Staples Center. Held on August 10, the septet’s powerful stages took over the filled-to-the-brim venue.

Monbebes also showed their ardent support from all over the different parts of the world which the group visited for their tour. This includes Bangkok in Thailand, Sydney and Melbourne in Australia, and Kuala Lumpur in Malaysia.

They also visited Madrid in Spain, Amsterdam in the Netherlands, Paris in France, London in UK, Berlin in Germany, Sao Paulo in Brazil, and Mexico City in Mexico.

The septet went on to share special moments with their fans in Dallas, Houston, Atlanta, New York, Chicago, LA in US, Chiba and Osaka in Japan. 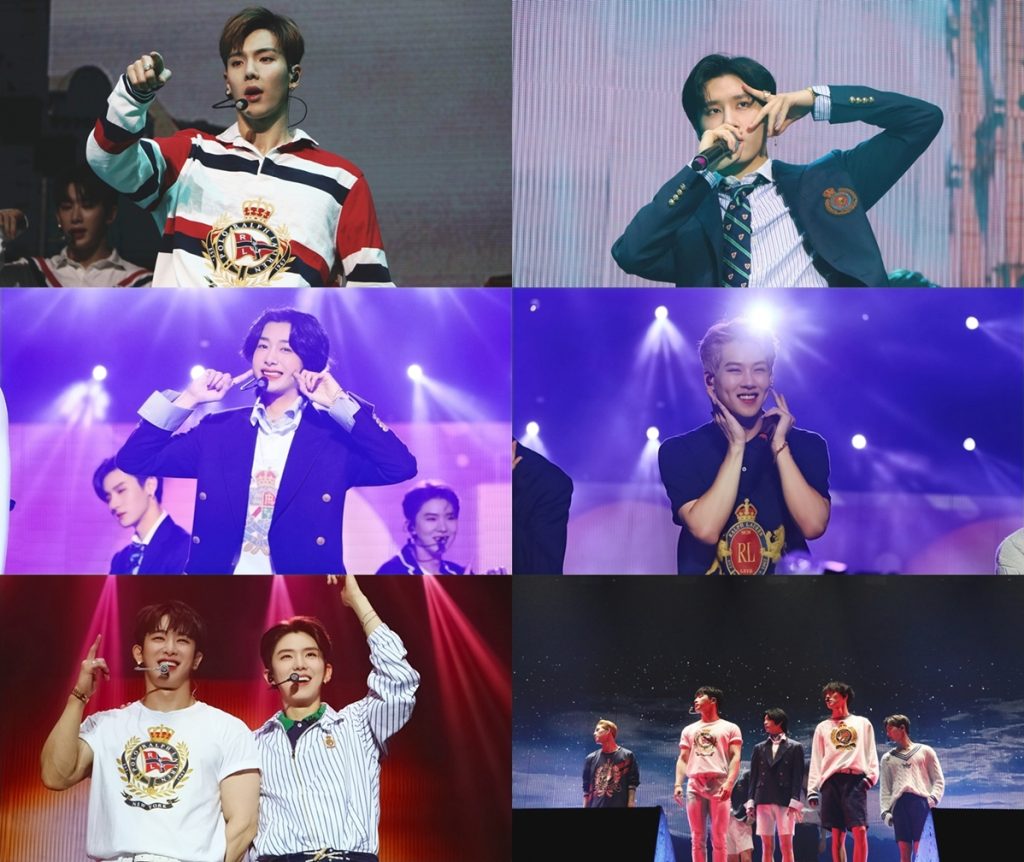 Besides these, they landed various historical and notable local television appearances in between their concert dates. This included Good Morning Britain and Jimmy Kimmel Live.

Meanwhile, their double-day final show in Osaka from September 3 to 4 was also fully-booked. In fact, they even added more last-minute seats, albeit with a limited view, due to the huge demand for tickets.

With their concert venues getting bigger and bigger as each tour wraps up and more Monbebes getting to witness their spectacular performances, the group has definitely shown that they have come a long way.

Distinctive concepts of music, attractive performances highlighting the stage, and the group’s unique charm of embracing global fandom are among the biggest factors which served to further strengthen MONSTA X’s glorious presence in the current scene. 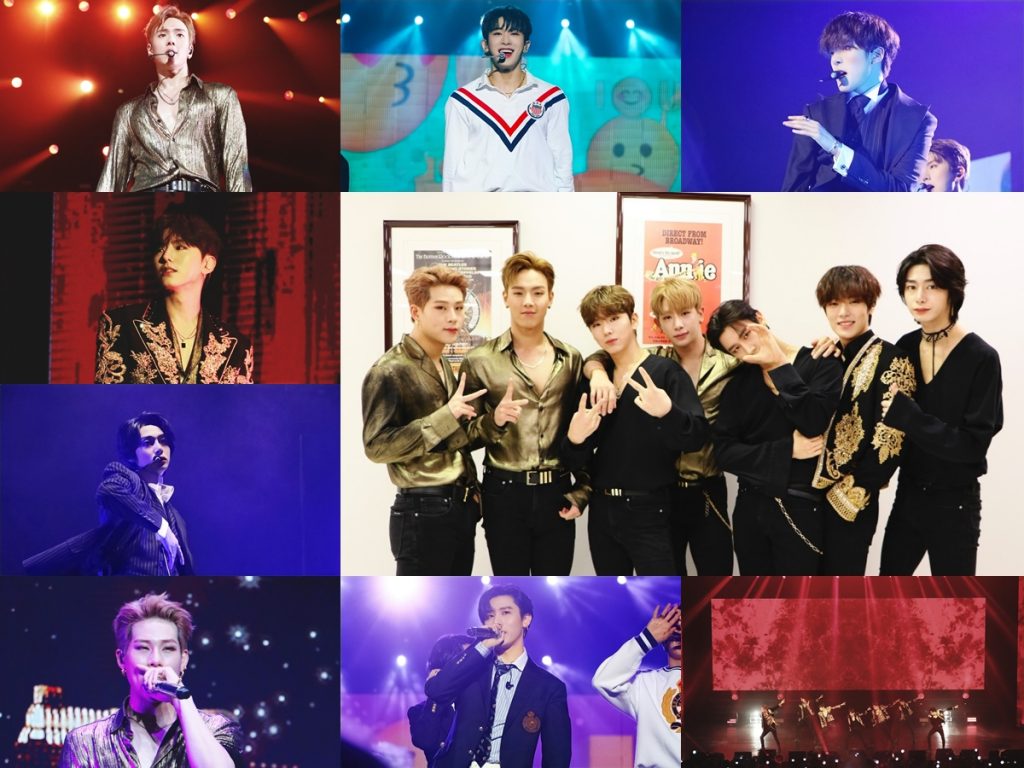 Their rising prowess has also led to the success of the world tour, invitations from various global festivals and achievements in global chart rankings.

As the group continues to grow by keeping their unique team identity as MONSTA X with no musical limitation, they are set to further storm the music scene and strengthen their status as global stars as they go forward.

What’s more is that MONSTA X didn’t just successfully fill up arenas and concert halls through the tour – they also filled up Monbebes’ hearts with so much love and Monbebes’ minds with so much beautiful memories to cherish afterward.

READ: MONSTA X Adds More Seats To Upcoming Sold-Out Osaka Concerts For “WE ARE HERE” Tour Due To Popular Demand

We need your support! If you have enjoyed our work, consider to support us with a one-time or recurring donation from as low as $5 to keep our site going! Donate securely below via Stripe, Paypal, Apple Pay or Google Wallet.
56
SHARES
FacebookTwitter
SubscribeGoogleWhatsappPinterestDiggRedditStumbleuponVkWeiboPocketTumblrMailMeneameOdnoklassniki
Related Itemsmonsta xWE ARE HERE TOUR
← Previous Story VICTON Amazingly Sells Out Upcoming Fan Meeting Within 20 Seconds
Next Story → SM Entertainment Announces Victoria’s Departure And Plans For A Possible Collaboration