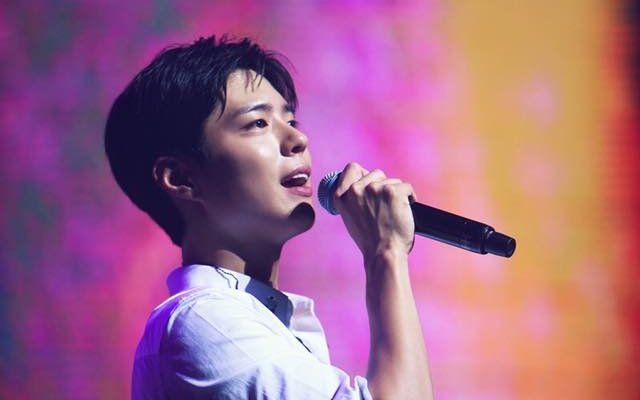 If there’s anything that makes Park Bo Gum’s fan meeting extra special, that would be his charms. The so-called “Bogum magic”.

He left a big mark to his fans with his exceptional fan service. Everyone that was there at Park Bo Gum’s fan meeting on March 9  at The Star Theatre came home brimming with happiness.

Fans patiently waited two years for the Encounter lead star to come back in Singapore. Much to their surprise, it was even better and more interactive than his first visit.

Let us look back to the unforgettable moments that happened in 2019 Park Bo Gum Asia Tour in Singapore. 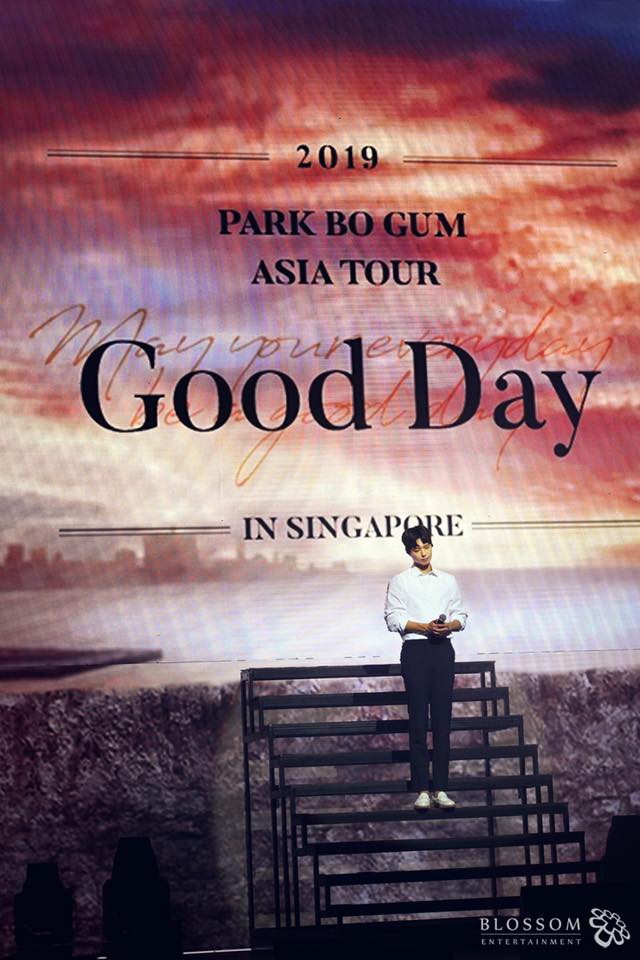 After Park Bo Gum serenaded his loyal fans with Day 6’s “I Like You”, fans greeted the actor with their loudest and warmest Saranghaeyo (I love you) that brought a big smile to the young actor’s face.

#ParkBoGum just received the warmest "saranghaeyo" from SG fans! It was returned as he serenaded us with #Day6's "I Like You".

The Games That Made A Lot Of Fangirls Jealous.

Who wouldn’t want to trade shoes with these three lucky girls from last night’s game? As part of the fan meeting, three girls were picked from the lucky draw by no other than Park Bo Gum himself to participate with him in the games.

After which, Park Bo Gum and the lucky fans were tasked to re-enact the best scenes from his recent drama Encounter.

We are jealous of lucky fan girl #3 right now for getting that "back hug" from #ParkBoGum! ?#ParkBoGuminSG pic.twitter.com/ggTPpIrNYu

The Candle and the Gifts

In another segment, the Nation’s Boyfriend made a special handcrafted candle which he designed himself. He showed how persistent and perfectionist he is when he did not give up even if the charms he put were always falling as he tries to put it inside the jar.

How can we not swoon? #ParkBoGum just serenaded us with OSTs from his dramas Encounter and Love in the Moonlight#ParkBoGuminSG

After sometime, he managed to have a beautiful arrangement of the candles with charms of  a lion, a heart and 5 stars in it. Later on, he added a scent into the candle. Among the jasmine, lavender and phytoncide (forest aroma), he chose the latter and said “Singapore has a very clean scent” thus picking phytoncide among the rest.

Only one lucky fan was able to bring home the candle especially made by Park Bo Gum. 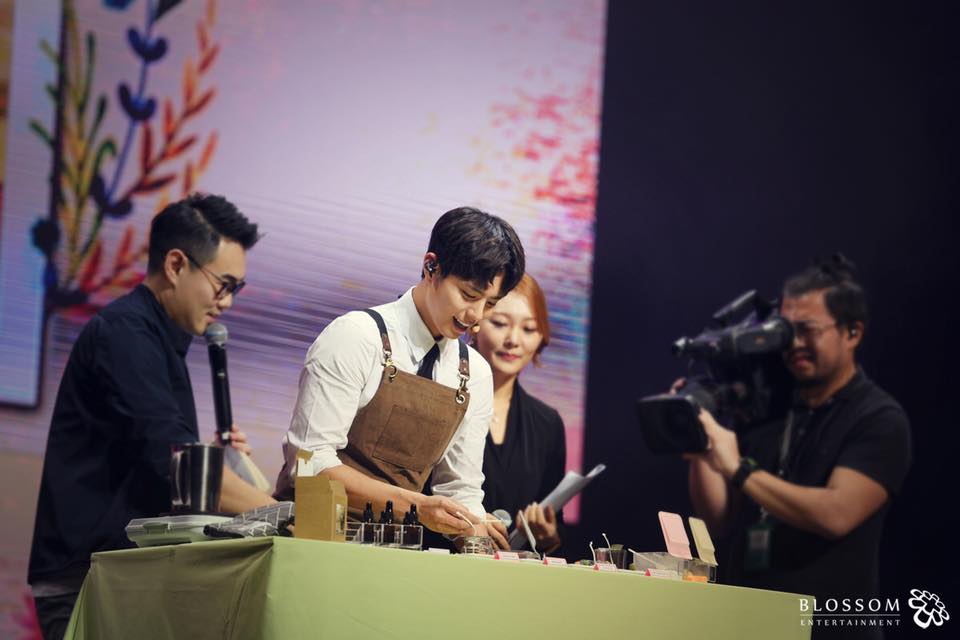 The young actor also have other things he prepared for his fans. He brought presents like calendars, posters, his limited edition light stick and even the cap he brought and wore at Universal Studios on his first visit to Singapore. These items were all signed by him.

It Was More Than Just A Fan Meet, It Was A Concert.

2019 Park Bo Gum Asia Tour in Singapore defied all the usual fan meets.  After the talk portion, he made the night more dreamy as he came out on stage to perform.

Park enchanted everyone as he serenaded them with songs from his dramas and advertisement. He started off singing “Let’s Go See The Stars” a song he recorded for Eider, one of the clothing brands he endorsed. 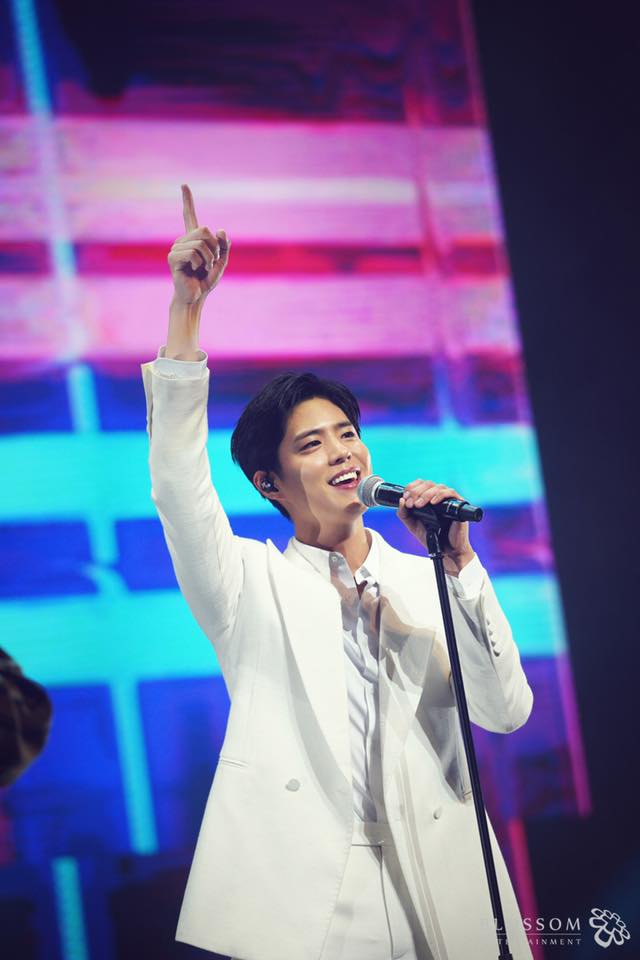 He followed it up with his own rendition of IU’s “Through The Night”. Then he sang one of Encounter‘s OSTs “Always Be With You”.

He ended the first set with “My Person”, an OST from his 2016 drama, Moonlight Drawn By Clouds. While singing, he made the audience swoon when he walked down the stage and get closer to his fans.

Moreover, he proved that he is an all-around entertainer as he made the crowd groove in the second set.  Park was even more energetic as he sing and dance, starting off with “Bounce” by Cho Yong Pil.

He again teased the crowd when he ran from the aisles while singing  JYP’s “Honey”.  He wanted to even go up to the balcony but for security reasons he wasn’t able to. Park Bo Gum started off again with his rendition of B14A’s “With You” and Psy’s “Entertainer” which set the crowd jumping off their feet.

As he introduced his next song, Park said “I hope you pay attention to the lyrics. The song contains a lot of emotions and this is the message that I want to tell you”. He then sang the heartwarming “Yes, We Are Together”, a song made by Infinite Challenge members.

Moving on to his next song, he played the piano with his own rendition of JJ Lin’s “Practice Love”. He made the Chinese song his own as he sang it so well.

After engaging the crowd in singing some parts of “Practice Love”, he sang G.O.D’s “One Candle” ending his second set.

Moving on to his third set, Park changed into a casual Hawaiian polo shirt while dancing to Twice’s “What is Love?” and Seventeen’s “Pretty U”.

He picked up the mic again and sang “Must Have Love” while throwing personally signed red balls and sent the crowd into a frenzy as he roamed around the aisles again.

He ended the night with a song titled “Blessing”. But fans are raving for more as they shouted ENCORE!!! In a few moments, he went out again with and sang a few more songs.

The show lasted for three hours but Park’s energy did not deplete, furthermore he bid goodbye to each and everyone with a hi-touch session.

Park made another surprise to his fans as he went live on YouTube thanking his Singapore fans for a great show. 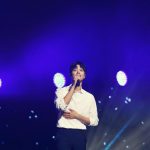 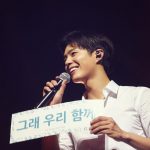 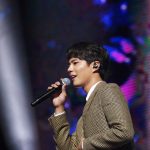 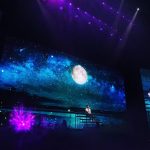 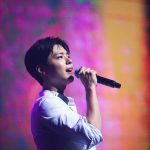 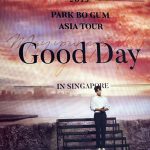 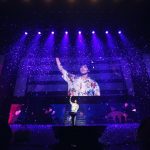 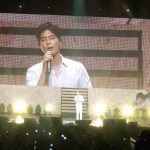 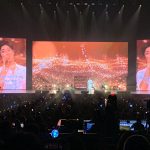 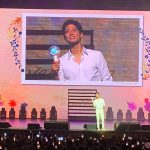 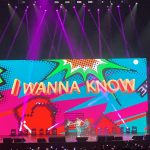 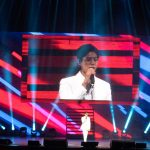 Hellokpop extends gratitude to Starspeed Entertainment for the invitation to the Press Conference and Fan Meeting.