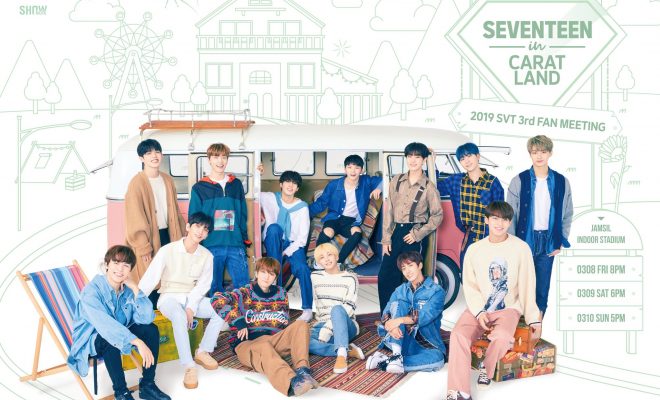 Spend your best spring holiday with SEVENTEEN in Carat Land!

SEVENTEEN is back with the third offering of its annual fan meeting event in South Korea.

Titled 2019 SVT 3rd Fan Meeting <SEVENTEEN in Carat Land>, the upcoming event will once again create unforgettable memories for the idol group and its fans at the Jamsil Indoor Stadium on March 8 to 10.

Tickets to the fan meeting will go on sale beginning February 11 at 8 p.m. KST for the general public. Meanwhile, a pre-sale for fan club members will transpire on February 7 from 8 p.m. to 11:59 p.m. KST.

Also, wheelchair accessible seats will be available for reservation from 10 a,m. KST of February 12. All tickets can be purchased via Melon Ticket for KRW 33,000 for pre-sale seats and KRW 55,000 for general sale seats. 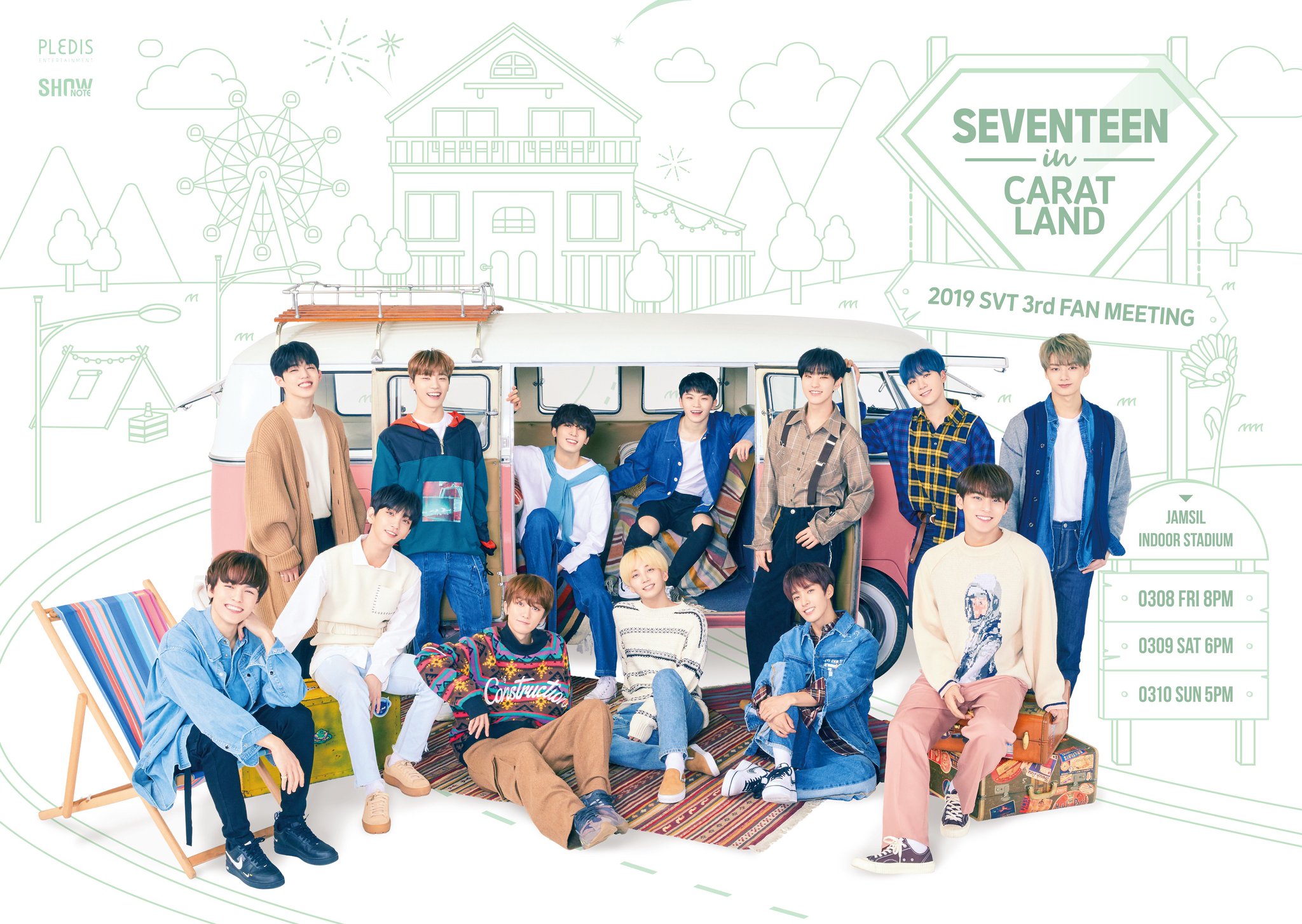 SEVENTEEN in Carat Land now in its third year!

SEVENTEEN has been holding its fan meeting series Carat Land since 2017. The inaugural Carat Land was held on February 10 to 12 at Jamsil Indoor Stadium. Tickets to the event were sold-out as soon as ticketing opened.

Last year, the boy group treated Carats to another fan meeting event held on February 2 and 3 with a total of three shows. The boys once again proved their ticket power by selling out all 20,000 seats in record time.

S.Coups, Jeonghan, Joshua, Jun, Hoshi, Wonwoo, Woozi, The8. Mingyu, DK, Seungkwan, Vernon, and Dino welcomed the new year with the release of their sixth mini album You Made My Dawn led by the single “Home”.

The EP peaked at the number one spot of Gaon Albums Chart and Japan’s Oricon Chart, proving the ever-growing popularity of the boy group and its steady growth as an idol group. Moreover, it debuted on the fourth spot of Billboard’s World Albums Chart.

Read: SEVENTEEN Aims To Comfort People Through Its New EP “You Made My Dawn”