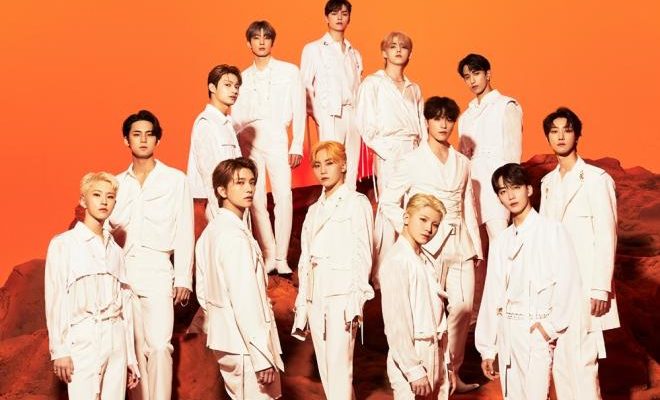 SEVENTEEN Unveils Dates & Stops For 2022 World Tour “BE THE SUN”

SEVENTEEN will travel the world once again to visit their beloved Carats! 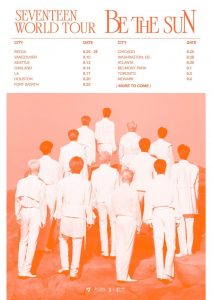 Earlier today, the group’s agency, Pledis Entertainment shared the good news with fans. “After a long wait, SEVENTEEN’’s world tour ‘BE THE SUN’ will finally be held,” the agency said.

In particular, the agency revealed that SEVENTEEN will visit CARATs (fandom name) all over the world starting with back-to-back concerts at Seoul’s Gocheok Sky Dome on June 25 and 26. 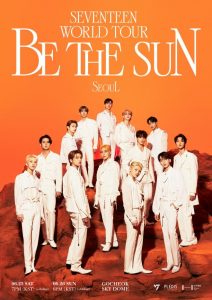 Soon after, they will begin their North American tour, where they will be gracing 12 different cities in the United States and Canada.

The group will visit Vancouver on August 10, Seattle on August 12, Oakland on August 14, Los Angeles on August 17, Houston on August 20, Fort Worth on August 23, Chicago on August 25, Washington DC on August 28, and Atlanta on August 30. Moreover, they are set to perform in Belmont Park, Toronto, and Newark on September 1, 3, and 6, respectively.

BE THE SUN marks SEVENTEEN’s first world tour in two years and four months since their second world tour ODE TO YOU in 2019.

Meanwhile, the thirteen-member boy group will gift fans with their fourth full-length album FACE THE SUN bannered by the title track “HOT” on May 27. So far, the boys already surpassed 1.74 million album pre-orders.