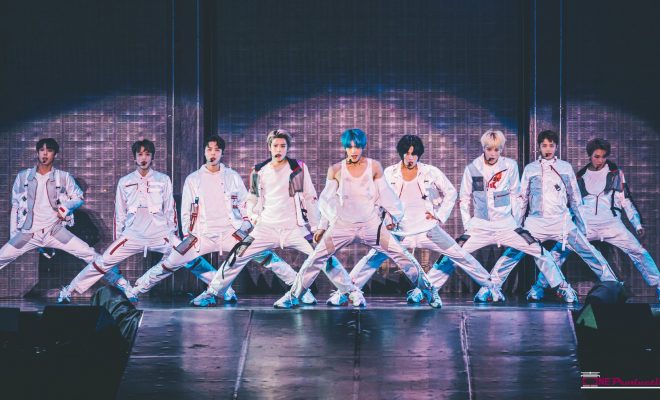 Singapore NCTzens gave the loudest cheers as they witness the limitless talents of NCT 127 perform live!

Rocking the Singapore Indoor Stadium, NCT 127 staged the final stop of Neo City: The Origin world tour with a bang. 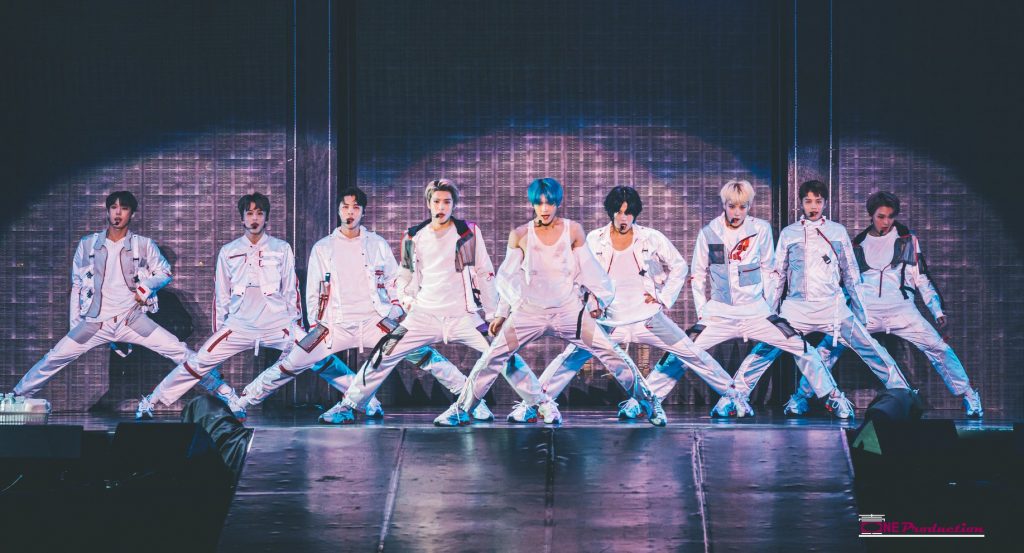 Two years ago, then rookie boy group NCT 127, amazed the Singapore fans with their energetic dance moves and powerful vocals. In the exact same stage, NCT 127 came back bigger and filled the entire arena with a two and half hour of amazing showcase.

Let’s round up the unforgettable moments that happened at their first solo concert in the Sunny Island.

Oozing with charisma, the fans deafening screams almost made the roof blast while waiting for NCT 127 to kick off the concert. Banging their lime-colored light sticks, while chanting to the group’s music, the boys finally emerged on the stage. 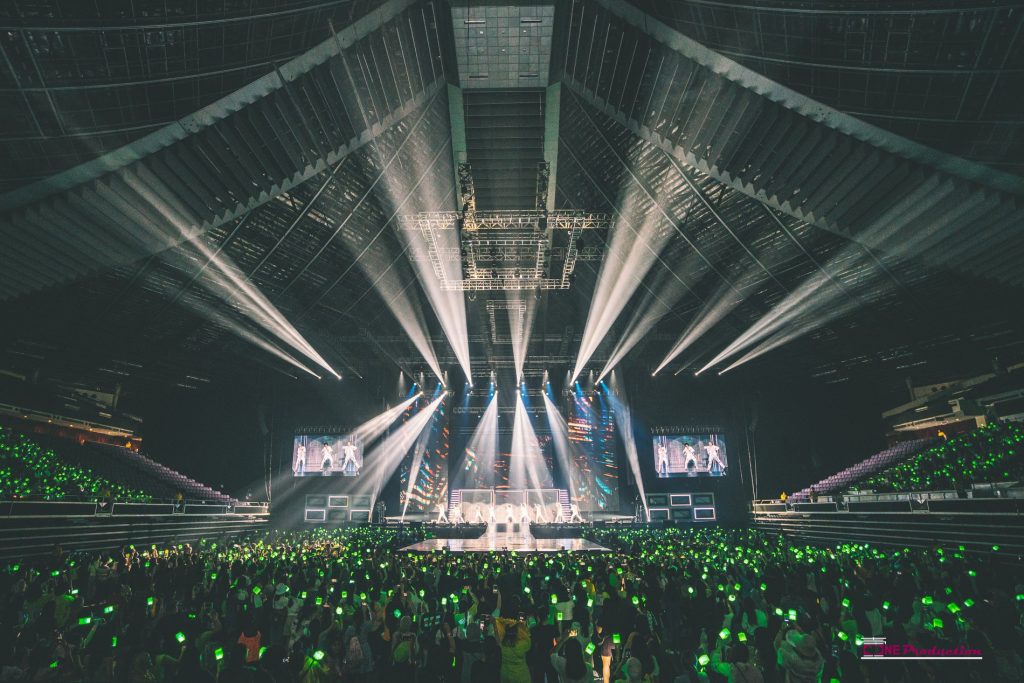 Each member was called as they come up to the stage. As soon as the beat dropped, fans accompamied NCT 127 as they chanted “I’m the biggest hit on the stage” while they performed “Cherry Bomb”.

Thereafter, without having to leave the stage, they spreed with “Comeback”, “Limitless” and “Chain” performances.

That was just the opening act, but NCT 127 had raised the energy level high elevating the crowd’s excitement. After the mind-blowing opening stage, they greeted the fans and asked them if they’re okay. They told everyone to be safe.

Right after their short ment, they continued on with tgroovy tracks, “Fly Away With Me” and “Back 2 U”.

Shifting from their dynamic opening act, the boy group came back on the stage and changed donning white long sleeves and black jeans. Going on a cozy vibe, they gifted ear-pleasing tracks “City 127” and “Angel”. They showed their sweet and adorable colors as they candidly played along with their members while singing. 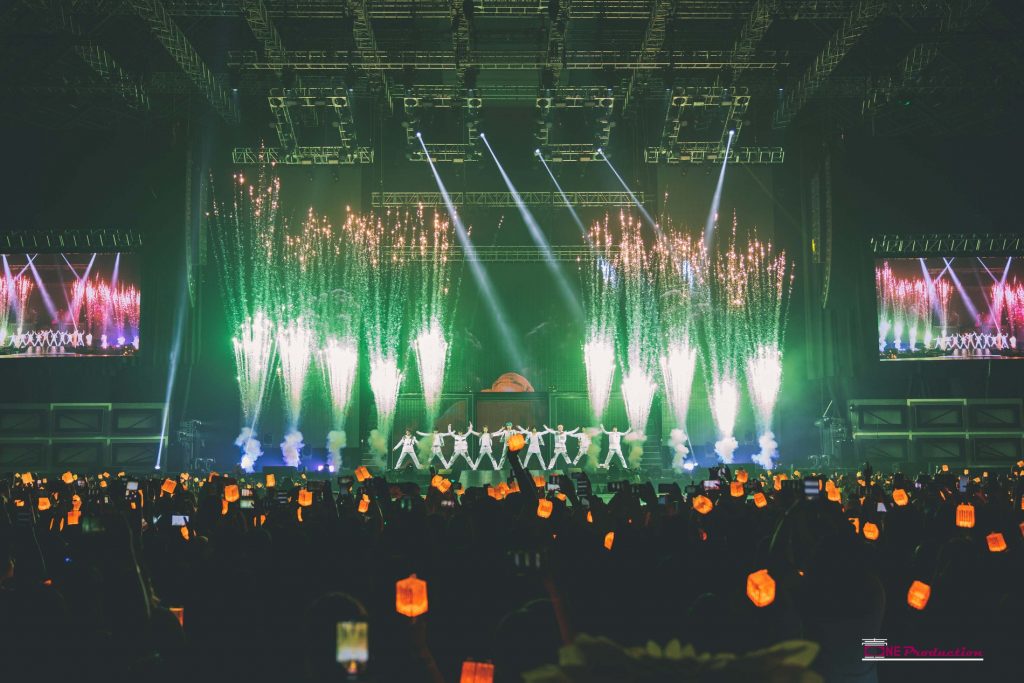 Still on a soothing, NCT 127 gave a short but sweet talk to audience and introduced their next song from Superhuman album – “Jetlag”.

As the night deepens and after the boys showed their cuteness to everyone, it’s now time for them to showcase their vocal prowess.

Jaehyun,Taeil and Doyoung blanketed the audience with their warm voices through “Timeless”. The trio’s powerful high-note hitting vocals made everyone awe inspired.

Later on Jungwoo and Haechan joined their brothers on the stage and serenaded the crowd with “No Longer”.

After that sentimental mood, it’s now time for Johnny to showcase his talent. In the middle of the stage, spotlight were on him as he played the organ for the intermission. Soon after, the members joined him on the stage and made a scintillating performance of “Regular”. 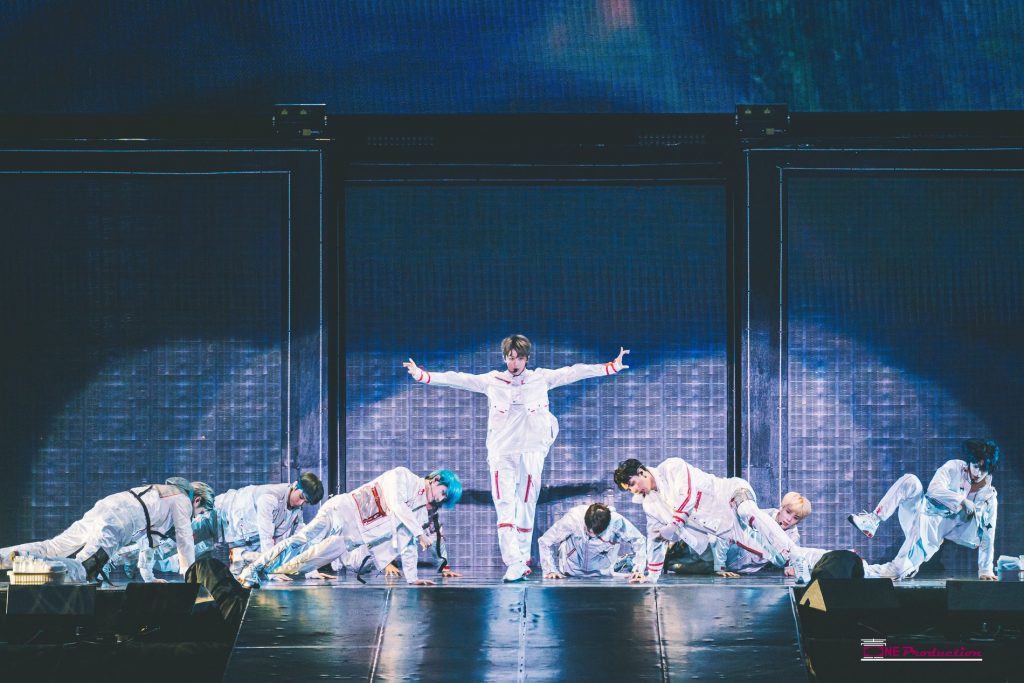 As if the crowd was awaken from dreaminess, the arena became on a party stage once again with NCT 127 giving all their best with monstrous performances of “Wake Up” and “Baby Don’t Like It”.

Moving on to their next set, the crowd grew wilder as NCT 127 sported a nostalgic and colorful retro outfit. Taking the audience to the 90’s era, they dropped explosive runs of “Good Thing” and “Touch”.

Inevitable turning the venue to a sweet chaos, they followed up with EDM song “Replay”. Transforming the stadium to a big party place, the idols went on to interact with their fans. Ending the segment with “Simon Says”, the energy level rose to a resounding peak as the crowd clamored for an encore stage.

READ: Prepare To Party With NCT 127 At #NEOCITYINSG

NCT 127 did not forget to give fans a taste of their newest track, “Superhuman” on their encore stage. To cap off the night, they also performed “Summer 127” while throwing away balls and saucers to fans. 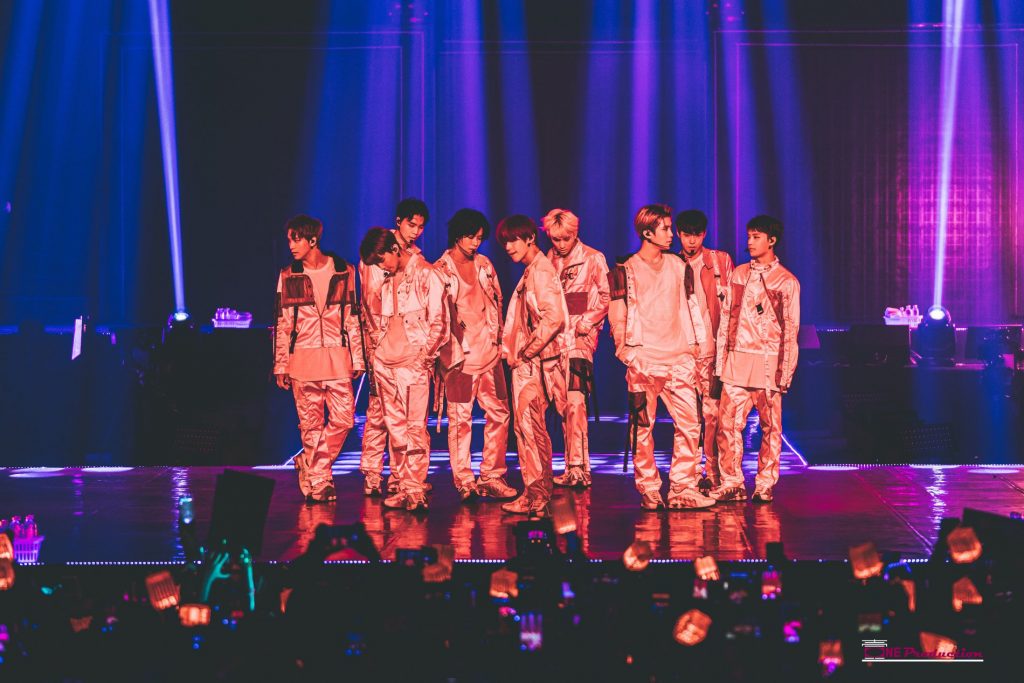 Before the night ends, each member gave Singapore NCTzen a heartfelt message starting from Do Young who got a bit emotional. He said, “I am incredibly grateful to all our Singapore fans for giving us tremendous support. I will go back with lots of good memories”.

Meanwhile, Jungwoo commented, “We will continue to work hard to bring you better  stages, better shows and better concerts.”

Inspiring the fans, Taeil mentioned, “You guys are our energy. We are always thankful and we love you.”

Yuta shared how he learned a lot through the experience. It wasn’t smooth sailing all the way but it was a learning experience. He remarked, “What kept us going is your support and never ending cheers.” Additionally, he gave the fans a blow of heart gesture.

Their leader Taeyong gave a short but energetic assurance to the fans, “Everyone, you know how much we love you right? I love you all.”

Next is Jaehyun, who thanked everyone that nobody was hurt and everybody was safe. He heartwarmingly said, “We went to a lot of places and met lots of our fans. I learned that, together we can create happiest moment.”

Mark, said that he was glad that NCT 127 was able to stop by Singapore before they end their tour. He also added how they put a lot of their passion and effort on their first tour. Thanking all NCTzens, he said the show wont be possible without them.

Their maknae, left a lengthy but endearingly touching message to their fans. “My Korean age is 20 years old. I am so thankful that I’m spending half of my first 20th year to make this tour happen. My brothers are concerned about my safety and my well-being because I got injured at the beginning of the tour. I felt so apologetic because I felt I was a burden to them.” Fans then gave their loud “Gwenchanayo” to him. He ended his message with a cute note to his fans and said, “We promise we will be back with cooler, sweeter, and sexier stages so do wait for us.” Ending his speech, he shouted out, “We love you Singapore! Thank You.”

Lastly, Johnny said he takes a mental picture of how beautiful the audience are on stage. “I really can’t explain how thankful we are, but I hope and I know that you can feel it. I hope you remember that we love you.”

Johnny: "Thank you for loving us."

Jaehyun: "Should we stay here forever?

Fulfilling a big hit on their first Singapore concert stage, NCT 127 threw in “0 Mile” performance to send off the cheering fans on a high note.

Hellokpop extends gratitude to ONE Production and tvN Asia for the media invites.

Edited and Published By: abbyinhallyuland