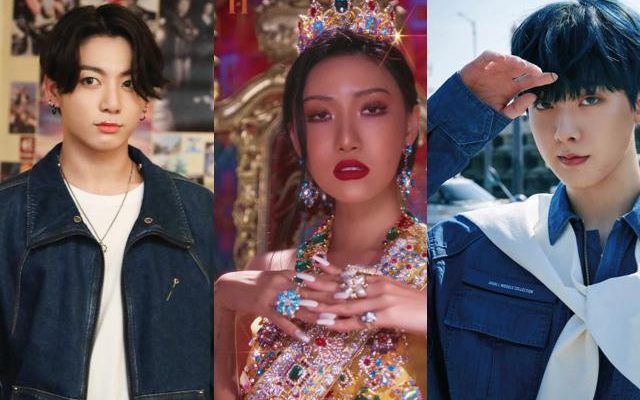 10 Of The Most Marvelous Maknaes In The K-Pop Industry

They may be young, but they’ve got stars in their eyes, as they are already paving their way to the top of the entertainment industry.

What does it mean to be young, talented, and ambitious? Where can these factors take you? Well, no need to look further, because these K-Pop maknaes are demonstrating the answer. 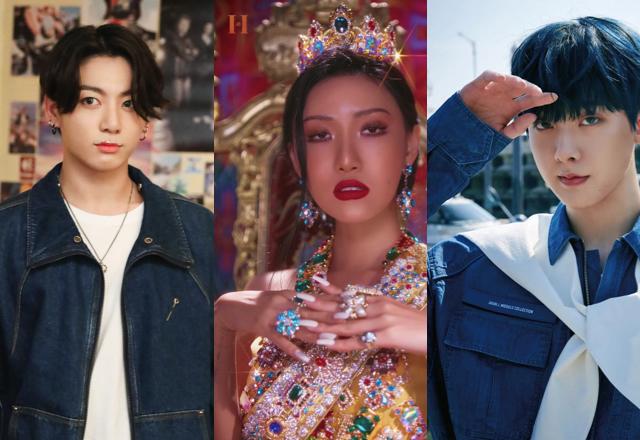 No matter your age, you’re never too young or old to make your dreams come true; and that’s exactly what these young superstars have proven. They may be babies in their respective groups and in the music industry, but they walk in sync, nevertheless.

Since the K-Pop world is brimming with exceptional youngins, it would take an entire novel to enumerate them all, so for now, we’re shining the limelight on these 10 artists.

In a sky full of stars, these maknaes shine brighter than the sun. Let’s show the world what Millennials and Generation Z got!

Fresh off the electrifying launch of “Dynamite”, BTS’ maknae has yet again displayed his euphoric vocal prowess and dreamy charisma. Time after time, Jungkook has proven that he’s a man of many talents wrapped up in an adorable exterior (hello, curious doe eyes) and a beguiling demeanor, and that’s why we love him! Please let us know when someone discovers the one thing that he can’t do. Okay, thanks.

This ’99-liner radiates a sweet boyish charm that could catch anyone’s attention. Being one of the rappers and vocalists of Victon and starring in web series and K-Dramas, such as Psychopath Diary, this singer has both the voice and the acting chops to take the entertainment industry by storm. Subin is an undeniable attestation to the fact that one can actually have both looks and talent after all. (Side note: Please have purple hair always!)

When you think of the word “fierce”, which girl group comes to mind? We’ll give you a hint: It’s MAMAMOO! This K-Pop group is composed of charismatic girl bosses who know how to bring amazing music to the table. In other words, they keep it HIP! MAMAMOO is both a breath of fresh air and an unconventional fireball at the same time; they’re virtually everything you need in a girl group! Their youngest member, Hwasa, can easily be described as a Korean queen infused with fiery Latina flair. With her gorgeous golden tan, piercingly strong presence, and voluminous vocals, Hwasa brings diversity and 100% sassy charm.

Okay, but Astro is a group of models, right? We’re asking because this ensemble of 6 always shows up looking tall, dapper, and handsome! While Sanha may be the youngest member, he towers above his hyungs in terms of height. Moreover, this ’00 liner looks like an angel, dances up a storm, and stuns with his impeccable sense of fashion. Did we already mention that he looks like an angel? Because he does …

This beautiful rapper and vocalist exudes musical skill beyond her years. Just like her co-members in Red Velvet, Yeri is all about melodious music and stellar style. To add her impressive skillset, Yeri is one of those idols who has a hand in song composition. With the vivid and classy image that Red Velvet portrays, these women take empowerment to the next level. Yes, that’s how you do it, girls!

This alluring girl hails all the way from Thailand and has transformed into the sensational K-Pop icon known as Lisa of BLACKPINK. Moreover, her levels of talent when it comes to rapping and dancing, this maknae has soared to fame thanks to her unique look and legendary bangs. Her hair needs its own fan page. We’re serious.

Stray Kids debuted in 2017 and has already skyrocketed to fame with spectacular hits. Known for their skill and tenacity, this boy band is doing a great job of solidifying their superstar status. Shifting the spotlight on their maknae, I.N, it’s undeniable that he radiates some seriously magnetic vibes with every appearance he makes. With his noteworthy stage presence and cool vocal skills, this guy knows how to rock.

Born on August 1st, 2003, Seongmin debuted as the maknae of Cravity earlier this year. To be exact, we were first introduced to his star power on April 14, 2020. His young age showcases that teenagers can take on the tough yet rewarding world of the entertainment industry too. Making a striking first impression with their debut single “Break All the Rules”, this K-Pop group has spread a positive message of freeing yourself from the bonds of social norms. We can already predict that this hypnotically talented group of 9 has a ton of surprises up their sleeves for the future. We’re rooting for you guys!

Im Chang-kyun, A.K.A. I.M., propelled to fame as the rapper of one of the toughest and coolest boy bands to ever hit the music scene, Monsta X. I.M. beams with 21st Century class through his extraordinary talent, gritty gaze, and indestructible appeal. His presence simply demands attention. Don’t you agree, Monbebes?

This 23-year-old stunner is the main dancer, lead vocalist, and sub rapper of the co-ed group, KARD. Her strong personality and sophisticated persona make her one of the remarkable maknaes ever. Alongside Somin, BM, and J.Seph, this quartet makes one formidable team of superstars. The unique concept of their group is quite the standout in the sea of phenomenal K-Pop acts. Being a novelty in the entertainment industry is no easy feat to achieve, but KARD has done it seamlessly. Let’s hear you cheer, Hidden KARD!

*List updated with I.N from Stray Kids and Seongmin of Cravity