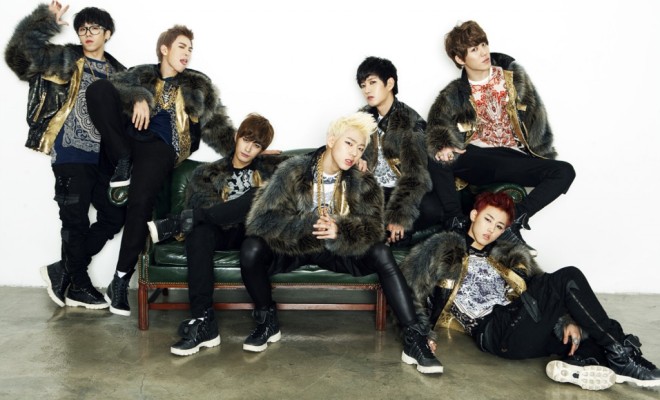 6 Block B B-sides That Could Be Hit Songs

If there ever were poster kids in the K-idol scene for good old-fashioned chaotic fun, Block B’s personal concoction of maniacal mayhem would drive the group straight up the crowning pedestal.

Despite having an eventful few years that saw the group through controversies as well as company changes, Block B bounced back with solid releases and unique visual concepts, releasing one chart topper after another.

After the release of their latest single, Jackpot, and commencing their first concert, ‘2014 BLOCKBUSTER’, there’s no doubt that Zico, Kyung, Taeil, Jaehyo, B-Bomb, U-Kwon and P.O are certainly reaching a new high and going places!

With leader Zico and Kyung often helming the production portion of the group’s music, a definite polished sound often juxtaposes the signature raw brashness of Block B’s tracks that brings out the personality of each individual member while retaining the signature sound Block B is known for. However, there’s more to the hip-hop group that meets the eye, and here’s a list to help new listeners to K-pop or non-BBCs to discover more of their musical versatility and Block B’s hidden gems :

Although Welcome To The Block opened with the raw grittiness of LOL and Nalina, Synchronization 100% goes back to the basics by having a more stripped down approach. Opened with simple, organic acoustics before everything else gets set into motion, it’s a straightforward track, but with Block B, sweet and simple doesn’t necessarily translate to boring. It’s a well-arranged and produced track, and the bongo instrumentals bring about a slight reggae feel to the track and reminds one about buskers performing in the sunshine.

Sweet without being overtly so, U-kwon’s lines during the acoustic ends of the song is certainly a highlight.

If you’re asking “where’s the zaniness in their B-sides? Where’s the Block B essence?”, then look no further with Mental Breaker from their Blockbuster album, an up-tempo, animated track that just brings sheer fun to the table with every second of the retro-funk influenced song.

From U-Kwon’s infectious ‘la-la-la’s to Taeil’s high notes, the song will get you grooving even if the lyrical backdrop is about the boys’ having a headache about whether or not have they been friend-zoned by the girl they like.

A personal favorite, Mental Breaker really gets you to shrug away your worries and is one heck of an energizing song. And if the catchiness of the song doesn’t seal the deal, Kyung dougie-ing in bright neon sweaters in the middle of the bustling night market and congested streets of Vietnam probably will. (Look at him go!)

11:30’s relaxed R&B and borderline sensual vibe pays homage to classic hip-hop flavors, and it’s an easy listen for those who are unfamiliar with Block B’s edgier sound. 11:30 tests the water between these two genres, creating a smooth, slow-paced rhythm that’s great for lazy nights.

An enticing track that deserves a few repeats, personally, the track not only showcases Block B’s maturity in terms of their musical growth, it’s also a rather escapist song that has the ability to slow down time when it’s on loop- literally.

Romantically was penned by P.O and, like the name suggests, is a sweet love-tune that is backed with a great jazzy instrumental and simple acoustics.

Everything about this song is light and subtle, and Block B’s vocal line is pushed into the spotlight, especially Taeil, and his vocals shine through his effortless delivery of the lyrics. The track also features a few glorious seconds of his scat-singing talents, enhancing the 1920s atmospheric undertones of it.

The raps, as with most of Block B’s softer offerings, are complementary to the song’s flow. Overall, it’s the perfect go-to track when you’re in the mood for some laidback listening, because it’s also a song with a story to tell as well.

Block B might have a great affiliation with jazz-inspired tracks, because the combination is a lethal yet unlikely one that works oh-too-well.

Park Kyung’s duet with Urban Zakapa’s Jo Hyuna for his solo When Where What How, is on many levels of brilliant. Kyung sings, raps and harmonizes his way through the initial mellowness before building up the groovy climax, and neither outshines the other. The chorus is also particularly addictive, and the balanced chemistry adds on to the sultriness of the instrumental’s harmonics. Plus, Jo Hyuna’s a wonderful vocalist with a vocal color to die for.

Be The Light is a perennial fan favourite – not only because of how the lyrics’ symbolism are able to interpret to BBCs love and support of the group even during their hardest times, but it has a great listenable quality to it that’s hard to deny.

Considered one of the group’s more ‘pop’ish fare to date, Be The Light has both vulnerability and strength. It’s a beautiful mid-tempo track that highlights their individual vocal abilities, with a melody and chorus that hooks you straight in. Perhaps it’s the strong sense of sincerity that’s conveyed through the song, or maybe it’s the way the acoustics meld with the electronic beats – it’s a Block B classic even without their signature hip-hop sound.

Accompanied with a lovely music video, Be The Light is a must-listen, and it wraps off the list of some of Block B’s best.

Even though Block B is more well-known for their bolder and louder tracks, the group’s repertoire expands across more genres with their more subdued and softer offerings. It’s also great to see how their individual flairs and the polished production still shines through, and how they are able to carry themselves through many genres and the expressions of emotions through their songs.