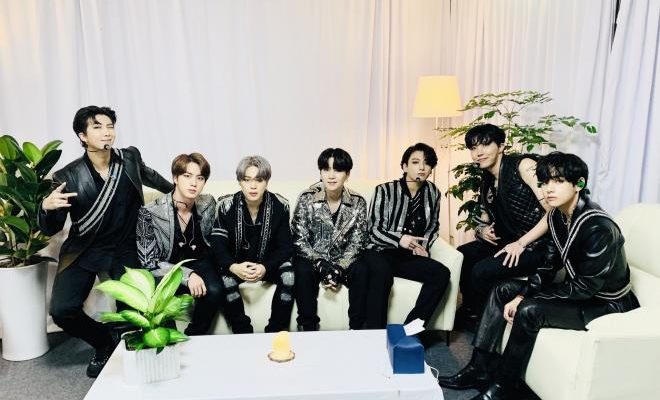 CONCERT RECAP: The Superlatives Experienced Together By BTS & ARMY During “Map of the Soul ON:E” Concert

BTS’s highly-anticipated Map of the Soul ON:E has been one of the most viewed online concerts to date.

BTS broke all expectations for their Map of the Soul ON:E concert! The seven-strong held their first no contact, virtual concert on October 10 & 11. The two-day event featured performances from their latest album Map of the Soul: 7, as ARMY watches the performances online.

RM, Jin, Suga, J-Hope, Jimin, V, and Jungkook broke all standards and awed ARMY with their performances. Moreover, Big Hit issued a notice to reveal the production of the concert would be 8 times bigger than that of Bang Bang Con: The Live.

BTS wanted to create some cheer during these testing times, and help out ARMY in any way the can.

About 756,000 fans tuned in from over 100 countries which surpassed their Guinness World Record-breaking online show, BANG BANG CON The Live.

BTS performed on four gigantic stages to give the mirage they’re at four different locations, BTS had also included a multi-viewing screen, so fans can choose to view from different angles.

There were almost 110 million fan engagements on Day 1 and even more on Day 2.

The concert most definitely proved why BTS has such a huge following and is immensely loved by ARMY. Moreover, Jin, Suga, J-Hope, RM, Jimin, V, and Jungkook’s humanity was what took the cake.

The biggest reason why the concert was a success was because of the incredibly talented dancers and the production team who made the concert such a success.

Many people were concerned about online concerts if it gives their fans a real experience or not. But BTS’s real-time stream was up to par, as it was like attending an actual concert. ARMY could actually share the love they had for BTS through screens that were put up in the stadium for BTS to see.

During their last goodbye to ARMY, all members talked about how an online concert does not compare to the ones which are in person because the tangible interaction between the two is what makes the artist give it his all.

But they were grateful for this opportunity still, as they were able to feel the online presence of ARMY through the screens put up, propelling them to give all-out performances.

Jimin expressed, “Hearing your cheers is the most beautiful sound for us, it’s our strength, and our everything – it’s what we work & live for. I first heard your cheers at the Olympic gymnastics arena, I remember saying and hearing that sound’ is something only artists can experience.” 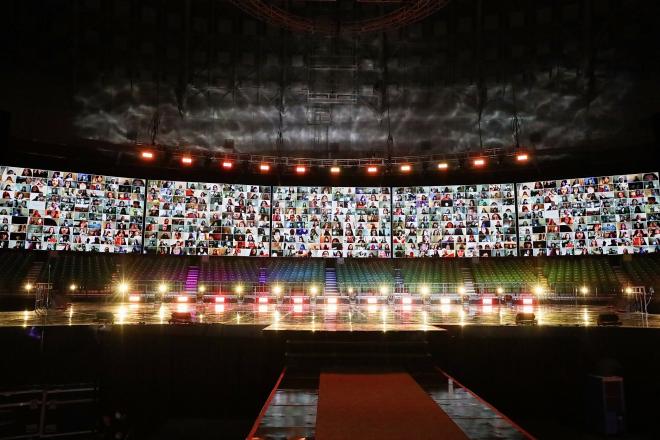 Jin mentioned how he was afraid that the concert would feel like a promotional stage to him until he saw all the faces of the ARMY’s on screens. This is where you can tell how important it is for BTS to interact with their fans.

“This concert has been designed to sing along with you. You are with us on screens and we can hear from you, see your passion. I hope I’ll be able to see you in person and hopefully make great memories soon” said V on this matter.

Set-List for Map of the Soul ON:E

The set-list for the concert contained 23 songs, which included their many award-winning songs like ON, Dionysus, Black Swan, DNA, Boy With Luv, and Dynamite.

BTS’s fierce performances of “ON” starts with the video of the members in red gowns looking ahead, which followed with the entrance of a marching band. It enticed the viewers for an evident upcoming memorable stages. 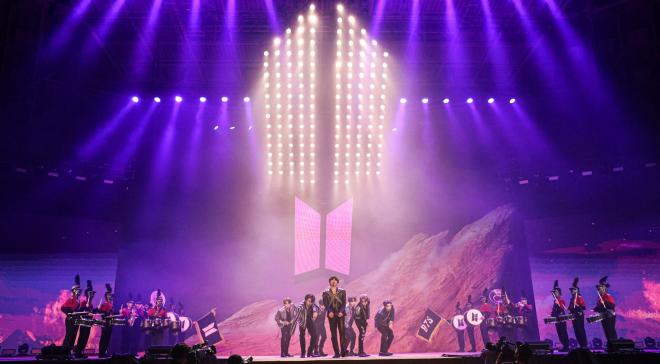 J-Hope’s tattoo was spotted by fans when he wore a sleeveless costume. Some fans decoded it as First Love, while there were others who pointed out that the tattoo actually reads fiat lux, which means let there be light. He also flaunted a “Hope” tattoo.

Overall the performance for all the never before seen songs was spectacular. Suga gave an intense performance with “INTERLUDE: SHADOW”, as the rapper genius that he is. With brilliant special effects, stage direction, dancers, set, costume, and art direction, thus had no flaws.

The stage for “Black Swan” was very fierce, it is one of those performances which is considered a rare art. The highlight of this performance would be the spotlight given to Jimin’s dance break at the end, completing with a wonderful end. 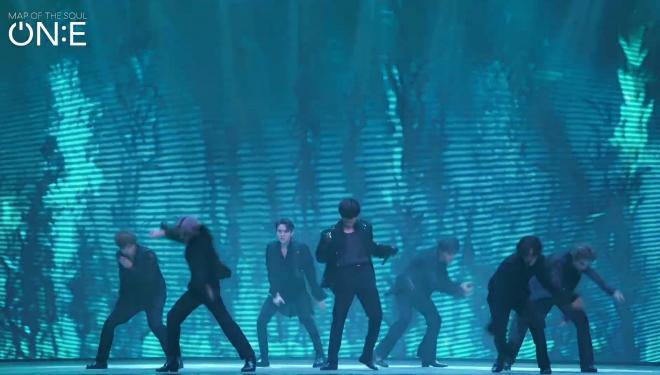 The rap line’s “UGH!” was socially relevant, with a badass stage and vibe that was completely immeasurable. The stage was set as a boxing ring, where the rappers wore robes to give it a realistic vibe.

While the vocal line’s “Zero O’Clock” was the complete opposite where the members were like complete princes with a powerful performance. Both were one of those iconic performances, where you are in awe.

The stages for the solo’s of each member was something to look forward to.

“My Time” which was performed by Jungkook had a powerful stage and performance. The special effects of a clock followed him wherever he performed on stage, giving us the most incredible performances.

“Moon” by Jin has a whimsical and fairy-like stage with his soothing vocals. He was surrounded by a solar system while standing on a life-size moon with a rose.

“Filter” by Jimin was one of the most anticipated performances as he danced like poetry, with his intricate choreography and stage.

“Inner Child” by V was where we delved into his childhood, and his interaction with the child was too adorable to ignore.

J-hope’s “Outro: Ego” was something which was truly J-Hope, colorful, modern, and yet so uniquely him.

In the latter half BTS performed “Boy With Luv,” “DNA,” “Dope,” “No More Dream,” “Butterfly,” “Run,” and “Dynamite.” Which were all songs for ARMY to give them hope.

The performance of “Dope” was filled with special effects, where they set up screens to mirror the graphics of an elevator, giving it an illusion as it crashes down.

BTS’ Promise To Find a Way To Connect With Army

While talking to ARMY in their greetings, they talked about how the COVID-19 affected them. As they were not able to perform or interact with ARMY’s some had felt hopeless, while others were frustrated how they could not do anything about it.

ARMY felt the most emotional when Jimin spoke as he cried because the whole COVID-19 situation is something he never thought would happen, He said he could not understand why this had to happen, disrupting the events they planned to hold and not meeting the ARMY’s for a long time.

He told ARMY than even though he is sad, he was grateful for this moment where he got to share with the members and ARMY together. 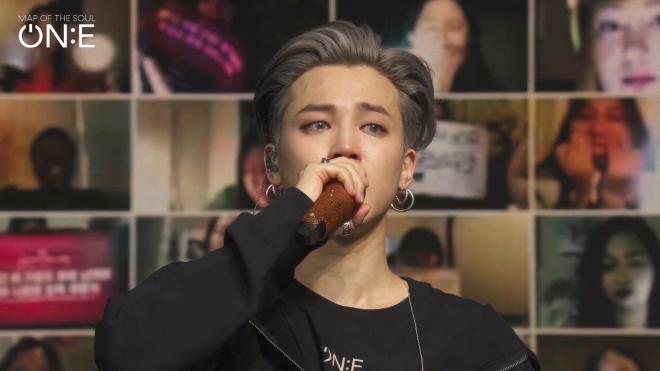 “The world wasn’t easy with us when we started. They didn’t let us in so easily. But we didn’t stop. The world has more than one path. Music is our language, dream is our map. Singing different tales in different languages, we will march together until the end of time,” expressed RM said.

On the situation of COVID-19 RM gave his members and ARMY’s a message of hope, “We’ll find a way, we always have. If there’s no way, let’s draw the whole map again. We’re still connected. Even if catastrophes come, let’s believe in ourselves,” he said.

The encore song “We Are Bulletproof: the Eternal” was a final wish dedicated by BTS to ARMY, about their struggles together and the bond they built throughout the years.

It was an utterly amazing stage, added with special effects where it felt like the ARMY’s were floating around BTS, which was truly magical. It was a performance that made ARMY most emotional and had been the most anticipated. 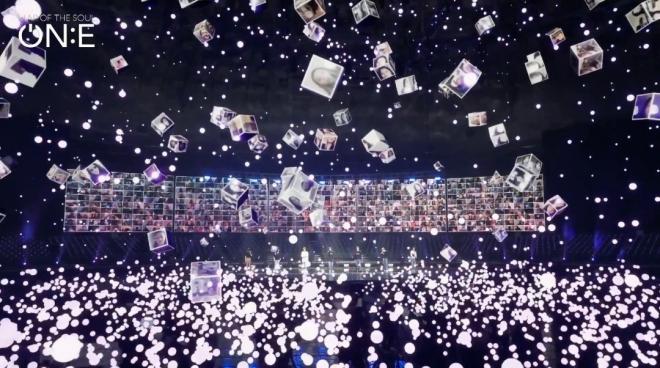 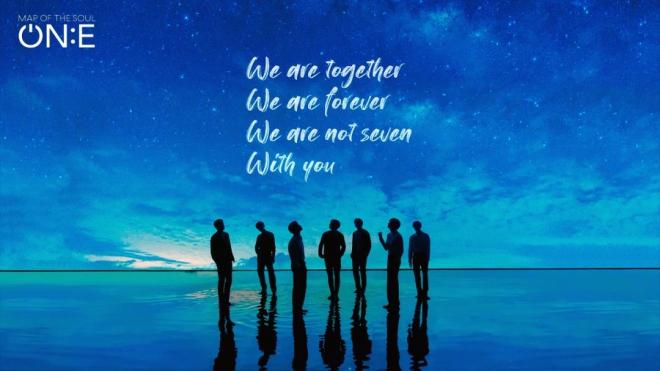 Map of the Soul ON:E has ended, but BTS has created memories with ARMY’s which they will remember forever.