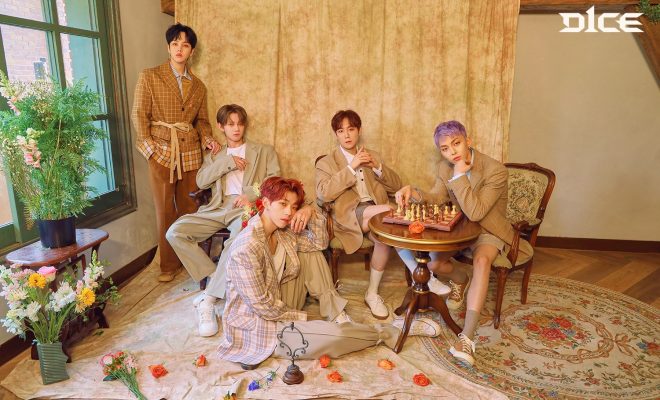 D1CE emits warmth with their new mini-album DRAW YOU: REMEMBER ME.

Boy group D1CE came back with their second mini-album DRAW YOU: REMEMBER ME. They express feelings of love and appreciation in this soft-tuned album. 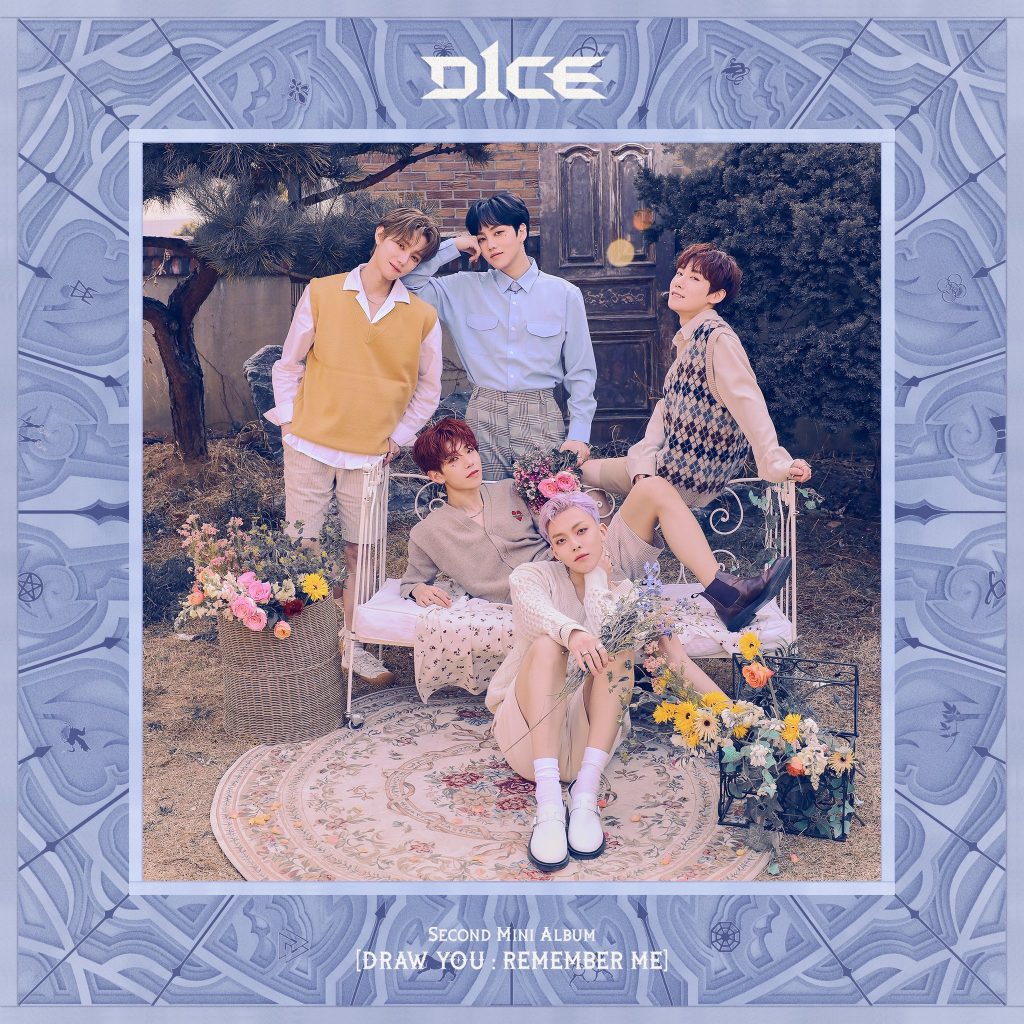 May 29 started the countdown towards D1CE’s second mini-album DRAW YOU: REMEMBER ME. The scheduler promised a variety of content prior to the actual release.

From June 1 to June 5, the members revealed their individual concept photos. The interesting images began with an draw version of each member before revealing two types of pictures, one of them matching the drawing.

Moreover, each member portrayed a unique charisma and used flowers as the main concept.

In addition, two group photos were released on June 8, where they gave off a mature and comfortable feel. 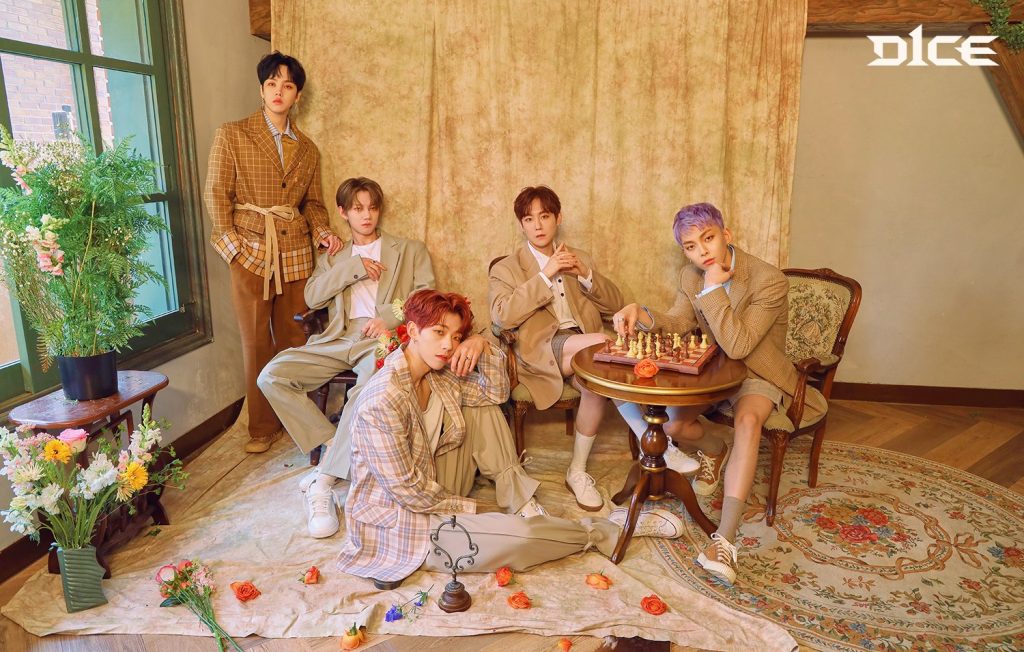 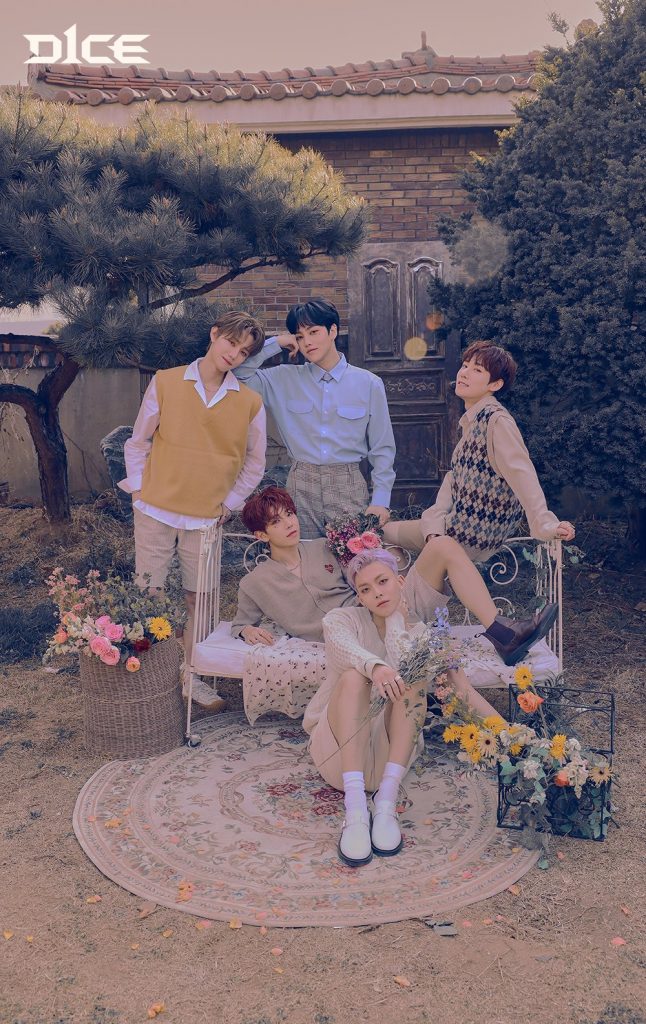 Moving on to June 9, the quintet revealed the tracklist for their mini-album. Aside from the number of songs, the main track and a special acoustic present, it showed one more interesting thing. Member Jinyoung also took part in composing, arranging and writing lyrics for most of the tracks.

A feel for each song could be felt in the highlight medley uploaded on the group’s official YouTube channel.

Two music video teasers were also shared on June 10 and 15, respectively. The special appearance of former Produce 48 contestant Lee Si An grabbed the attention in the first one. Meanwhile, the members’ visual were the highlight of the second one.

The full music video was then released on June 17 at 6 PM KST.

DRAW YOU: REMEMBER ME Album IMPRESSIONS

Draw You: Remember Me is filled with six tracks, the last one being an instrumental version of the title song “Draw You”.

The “Intro” includes multiple ambient sounds, making the listener believe they are stepping into a new world. In a way, the group’s album is a whole world of its own.

The title track “Draw You” charms with its bright beat, sensuous feel and warm piano melody. It contains a message of love from a man to the woman he loves. Additionally, the song focuses on showing the vocal talents of each member.

The soothing bass and gentle melody, combined with the members’ voices, brings a lovely modern ballad under the name “Remember”. The song would bring comfort to listeners as the idols sing of a love that will continue throughout the seasons.

The medium tempo track “Another One” blends modern rock, house and pop elements to create a more festive mood, fitting for late spring and early summer. The playful song would be perfect for the season of smiles and laughter.

The new arrangement of “Be The Light” is a special present for D1CE’s fans. Through the meaningful lyrics, the members express their desire to be the light for their fans, just like they have been for them.

Moreover, this acoustic version conveys the gratitude that the group felt for all of the support and love they received even better.

Just like the sweet messages in the lyrics of “Draw You”, the music video uses soft colors to bring out the sincerity of the song. The five members inhabit soft-colored rooms, singing their feelings of love.

The simplicity of the video makes viewers focus on the feel that the group wanted to bring through this song. To emphasize more on the drawing part, picture frames are also occasionally seen in the clip.

Finally, all the members occupy a single frame themselves. Seeing the boys in their own room-spaces made us wonder if that is actually the inside of a picture itself, with them being the muses.

Photos and videos from: D1CE Entertainment

FacebookTwitter
SubscribeGoogleWhatsappPinterestDiggRedditStumbleuponVkWeiboPocketTumblrMailMeneameOdnoklassniki
Related ItemsD1CEDraw YouDRAW YOU : REMEMBER ME너를 그린다디원스
← Previous Story 10 Times MONSTA X’s Shownu Amazed Us With His Dazzling Dancing Skills
Next Story → TWICE Is Going Live This Saturday, And Here’s How You Can Join In