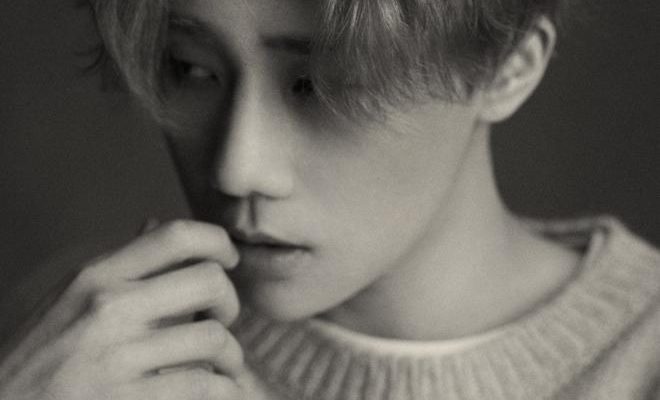 INFINITE’s leader and soloist Kim Sung Kyu presents his first single album and last release with Woollim Entertainment, Won’t Forget You. The artist, who recently announced he is leaving the agency, shares his last work with them, that captures his root musical colors. 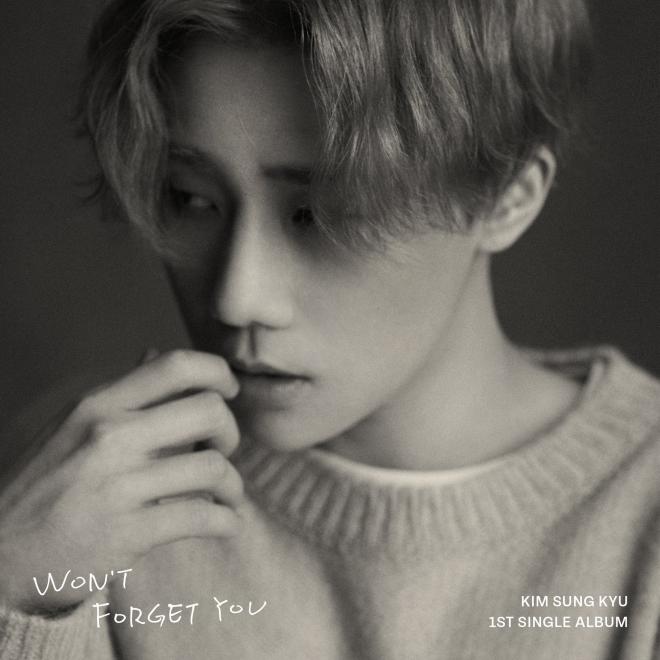 The new single album was hinted through an image teaser. It included a stamped envelope and a postcard with beautiful flowers, prompting curiosity about the new music.

Following shortly after, the artist presented various concept photos that further raised the excitement among fans. The singer boasted his handsome features in all pictures, presenting a different atmosphere in each of them.

From a soft set of shots, giving off an old-time vibe, through a more casual and comfortable look, to the stylish suits, Sung Kyu looked absolutely stunning in every piece of clothing. 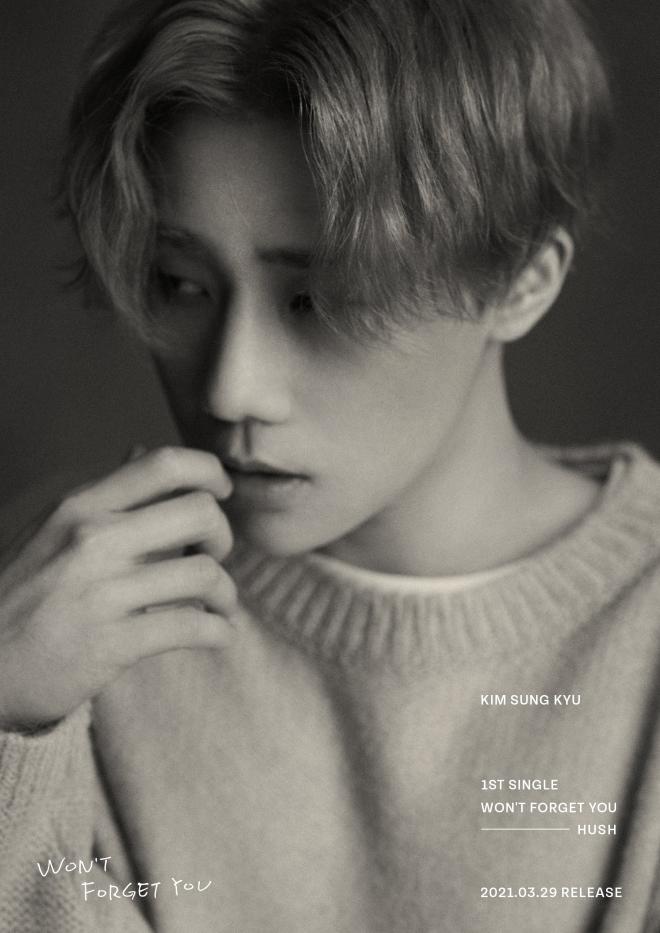 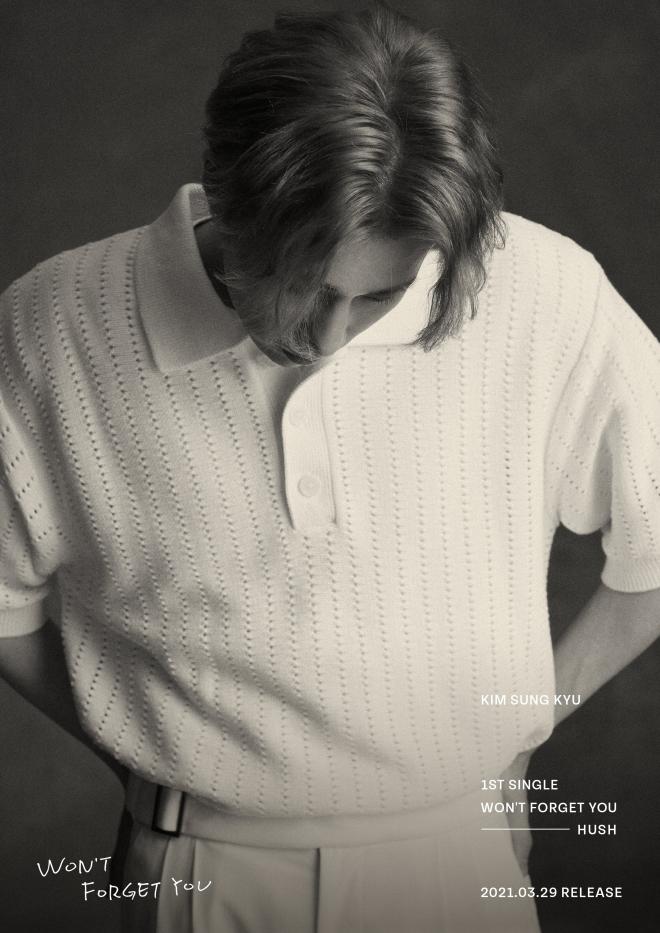 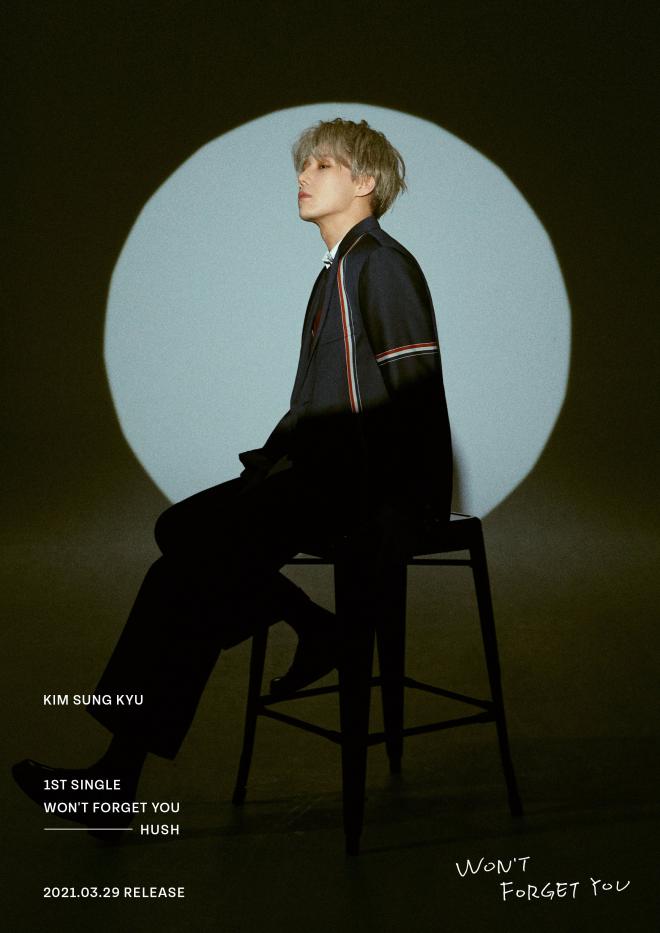 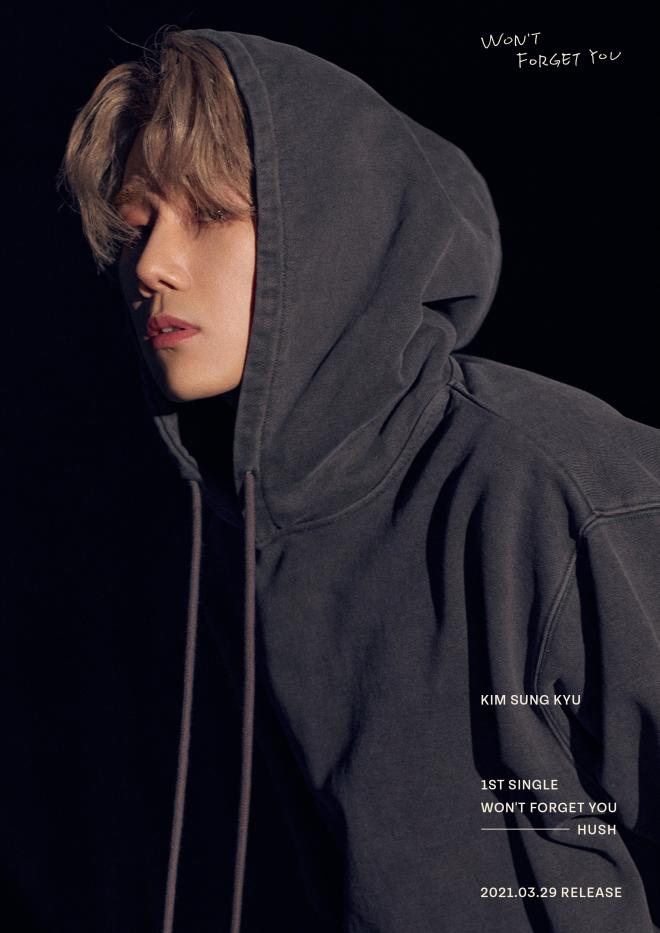 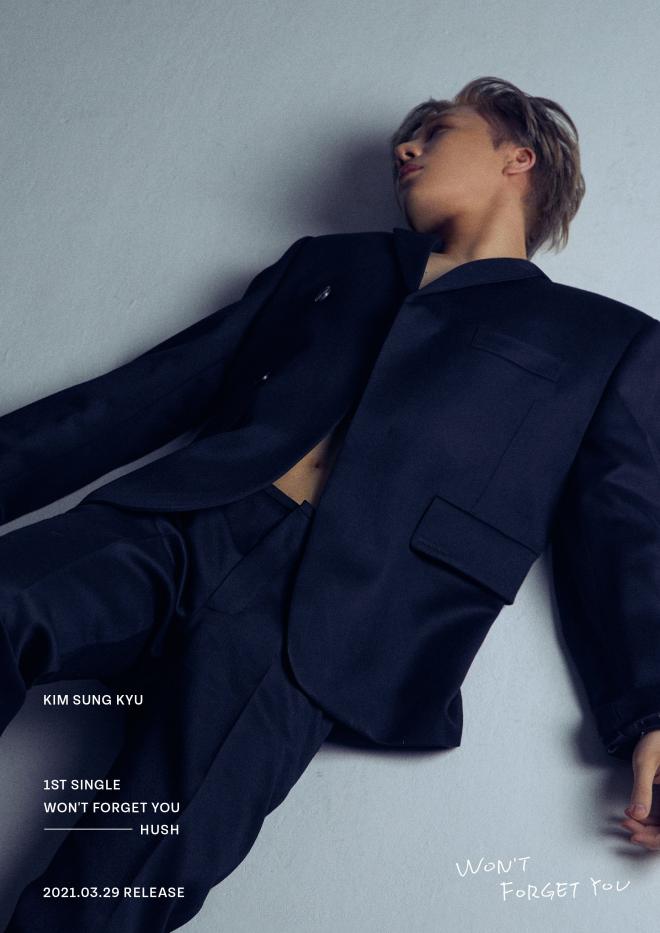 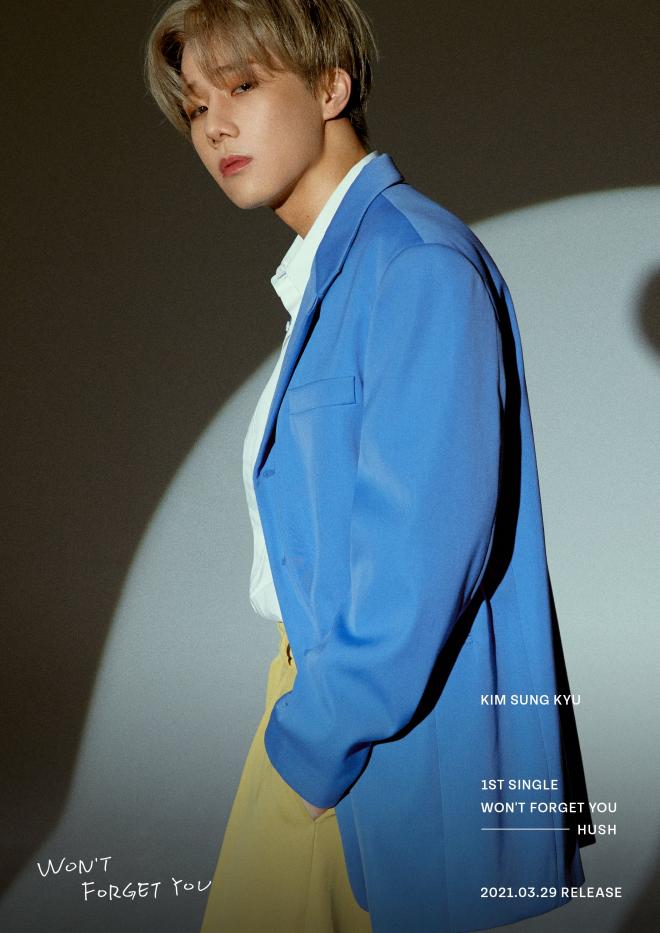 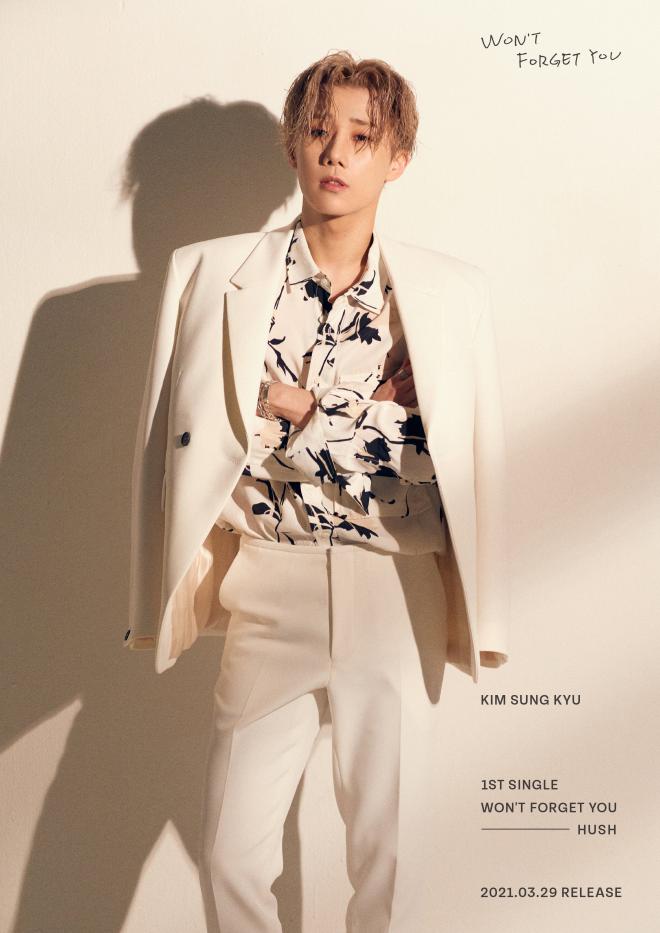 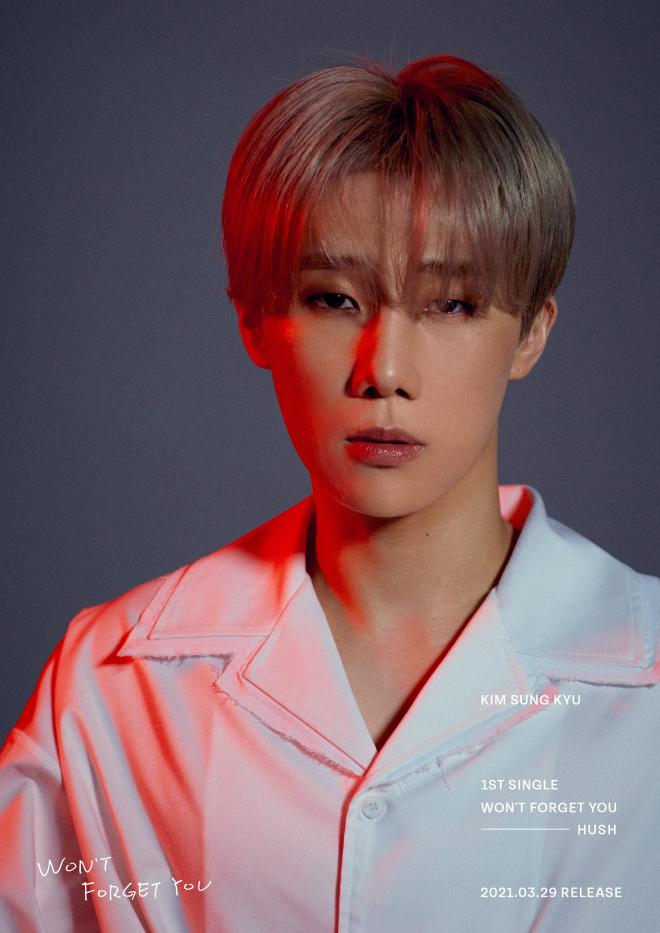 Thereafter, the artist shared a concept trailer that focused on all of the different looks he presented through the teaser images. He attracted with his mesmerizing gazes and professional appearance in every shot.

The idol continued sharing teasers, with the track list being next in-line. What grabbed the attention is that NELL’s Kim Jong Wan took part in the writing, composing and production of all the tracks, to create music that matches Kim Sung Kyu’s unique color.

Through the album preview, the singer presented snippets of his three new tracks. The clip managed to tease the performer’s brilliant vocal abilities, further raising the expectations for the album.

Lastly, he shared the music video teaser for “HUSH”. In the clip, fans saw him in a room with old, covered-up video cameras and tapes, playing out memories of his time with an old loved one. The video gave off an emotional feeling, hinting at a beautiful full version that would touch hearts.

Above all, the single album displays Kim Sung Kyu’s exceptional vocals that touch the soul every time. He is well-known and loved for his voice, and always proves his versatile range.

The title track “HUSH” lets him portray the type of strong attraction and emotion that can be delivered between people without saying anything. The exquisite balance of various instruments, the pop sound and the singer’s soulful voice present a dynamical experience for listeners.

The artist’s rich voice shines in the next track as well. In “You”, he continuously asks his loved one to stay by his side and never leave him. The presence of that special person makes everything feel good, it is something rare that he wants to keep. The light guitar and Crisp drum sounds complete the song and raise its appeal even more.

The last song “My Day” represents those moments that stick and dominate one’s mind, just like a scene from a movie. They are there and they take the most of a person’s daily life. The vocal layers, which are piled up, lead the song to its climax, creating an impressive musical piece to listen to.

The music video for “HUSH” highlights the message of the song and also features IZ*ONE’s Eunbi as the female lead. The latter and Kim Sung Kyu are seen in various scenes, starting with the sad train station setting.

Throughout the clip, fans can see the two’s old memories in which they simply look at each other, no words exchanged. Their strong attraction and understanding are expressed through the lyrics and their facial expressions. In particular, they don’t seem to need words to show what they mean to each other.

Near the end, Sung Kyu’s broken self can be seen after losing his loved one and the fact that he can’t move on. His feelings are so strong that they show on the surface. To finish this emotional clip, Eunbi is seen returning to Sung Kyu’s side as he embraces her at the end of the video.