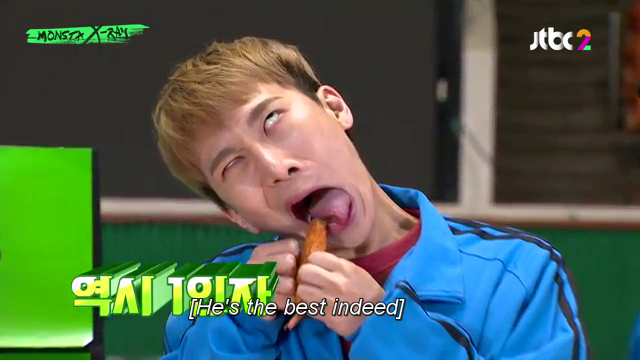 BTOB and MONSTA X went all out, folks.

BTOB and MONSTA X went on a battle to find out who is crazier between the two idol groups in the recent episode of JTBC2’s ‘MONSTA X-Ray’.

“They are not threatening at all,” BTOB’s leader Eunkwang said. “We’re not afraid of looking weird. We just do whatever,” he added.

Upon seeing their opponent, MONSTA X also expressed that the idol group seemed to be unbeatable in that department. “I don’t think we can beat them,” Jooheon said.

Prior to the official start of the battle, the two groups had a battle of nerves, with BTOB throwing in the senior card towards MONSTA X. BTOB debuted in 2012, making them three years senior of their junior group who debuted in 2015. “It’s a world difference between us,” Hyunshik jokingly told his juniors.

The two groups then had a ‘short clip’ battle. Each group assigned a member to reenact the photo given to them. “We can’t beat them,” Jooheon said. “We’ve done too many crazy short clips,” Eunkwang confidently shared to the group.

Despite their best efforts, MONSTA X lost to BTOB. The junior group acknowledged their defeat after the leader of BTOB perfectly reenacted the dog picture. 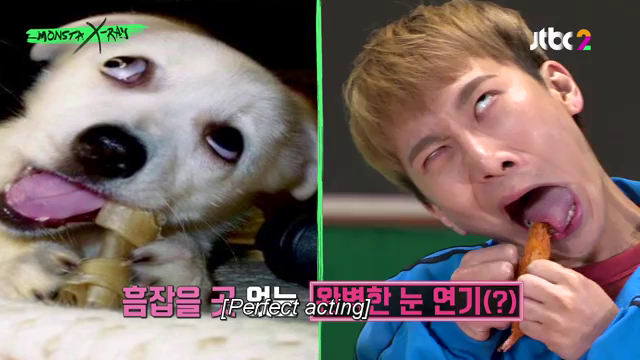 “That was a perfect sync,” Kihyun expressed in awe. Eunkwang then said that fans joined their fandom Melody after watching him like that. Jooheon further expressed his admiration for his senior, saying that despite watching him on TV, it was amazing to see Eunkwang doing it in real life.

Aside from the short clip battle, the boys also engaged in a thigh battle, tchoukball, ‘Hi, Cleopatra’ game, and a creative dance showdown in the episode.

MONSTA X-Ray airs every Thursday on JTBC2 at 7 p.m. KST.

Hellokpop, as an independent Korean entertainment news website (without influence from any agency or corporation), we need your support! If you have enjoyed our work, consider to support us with a one-time or recurring donation from as low as US$5 to keep our site going! Donate securely below via Stripe, Paypal, Apple Pay or Google Wallet.
170
SHARES
FacebookTwitter
SubscribeGoogleWhatsappPinterestDiggRedditStumbleuponVkWeiboPocketTumblrMailMeneameOdnoklassniki
Related ItemsBTOBEunkwangHyunshikjooheonkihyunmonsta xMONSTA X-Ray
← Previous Story Jay Park Vows Not To Take Group Photos Again …
Next Story → T-ara Beats BTS, CNBLUE, Suzy And Baekhyun In Fuse’s Top K-Pop Video Of 2016