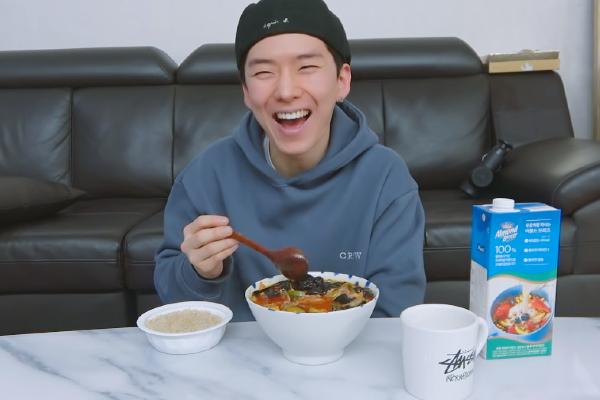 MONSTA X’s Kihyun posted a special vlog, showcasing his great attention to detail while cooking his own version of the Korean dish Jjamppong.

Kihyun said he wanted to film himself cooking as it was requested by a lot of MONBEBEs. Particularly, MONSTA X’s trustworthy main vocalist is known for being the group’s resident cook and was proved to be skillful with it. Before he decided on his menu for the vlog, he cleared out his preference for seafood.

Kihyun said he likes raw things such as sashimi but he can’t eat a lot of kinds of raw foods because it’s too fishy. He also mentioned that he dislikes grilled shellfish or boiled dishes. Adding on, he said he likes eating cooked squid or cooked octopus. 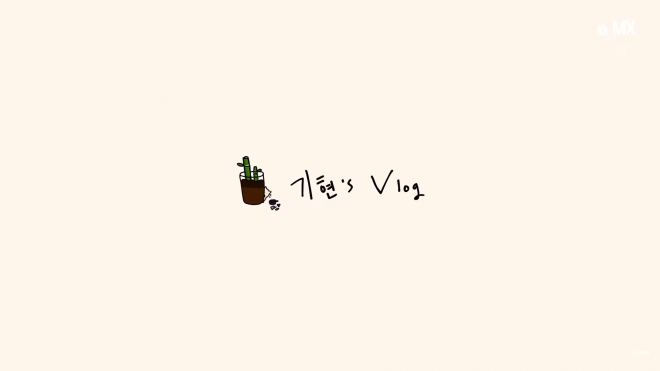 At first, he wasn’t sure of what to show to fans, but after a bit of contemplation, he narrowed it down to a few choices. In the next scene in the vlog, he selected his menu while getting a massage in the massaging chair. Further to the video, he became one with the massage chair as he felt very comfortable. While relaxing, he reminisced the dishes that he once cooked for the members before. He then went to YouTube to research the perfect menu for his vlog. 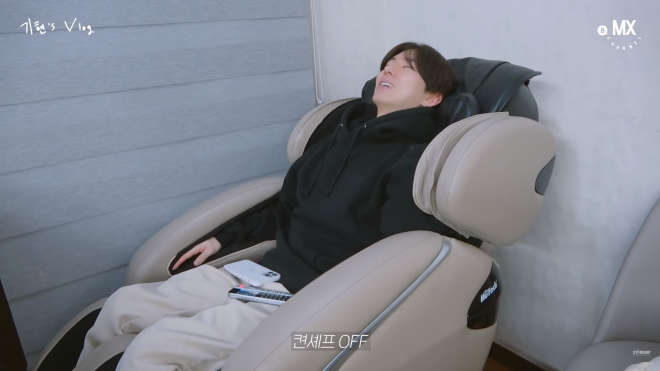 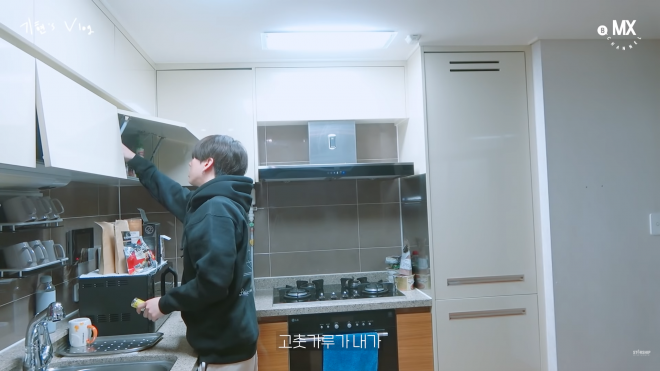 Continuing, he found Mr. Baek Jongwon’s video and decided to cook jjamppong. Initially, the singerr searched for available ingredients on the dorm’s kitchen shelves but decided to just order what he needed online.  Further into the video, he was having a hard time ordering meat as it was sold out in most online stores but thankfully was able to find an alternative. 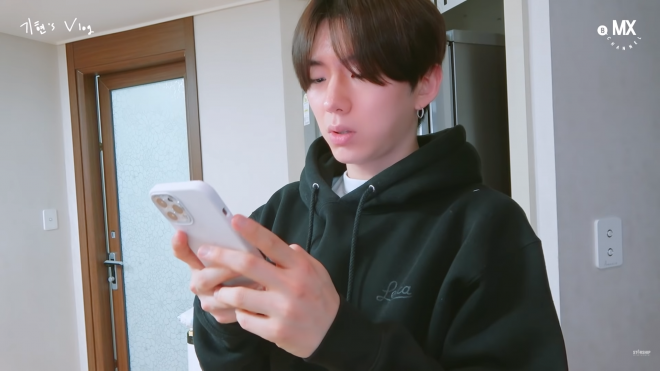 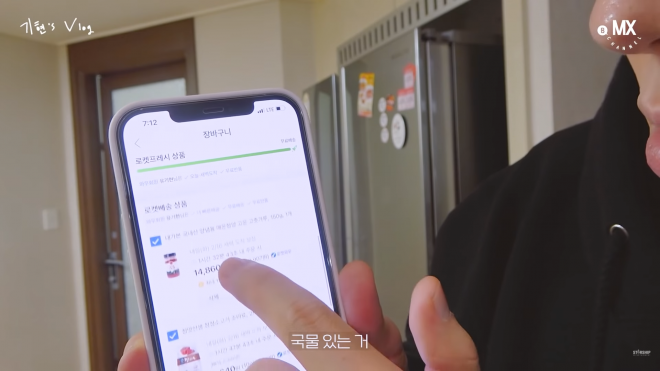 Kihyun And His Stew-Like Jjamppong

The day after, the ingredients finally arrived. Wearing a cap and plain hoodie, Kihyun boasted his newly bought Chinese knife. He said he wasn’t planning to buy it since it may look too rash but as he read the reviews that it’s quite good to use, he finally came up with a decision to purchase it. 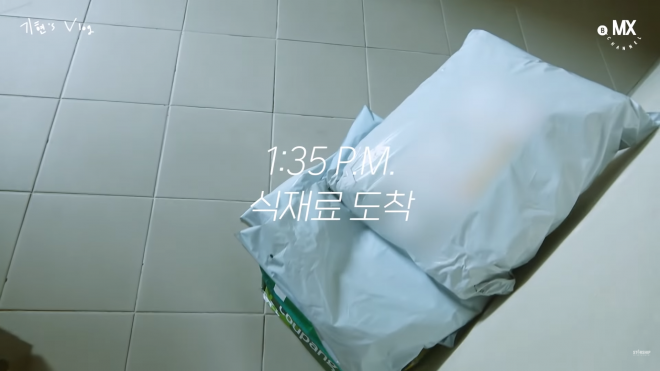 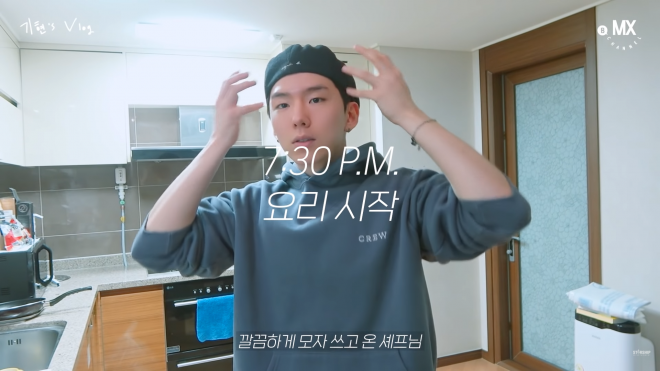 Then, he showed all the ingredients he bought and organized them all for preparation. First, he started washing the mushrooms in flat water. While at it, he searched for the perfect tools to use then took out a wok. Before officially starting cooking, he carefully took a photo of the ingredients altogether. 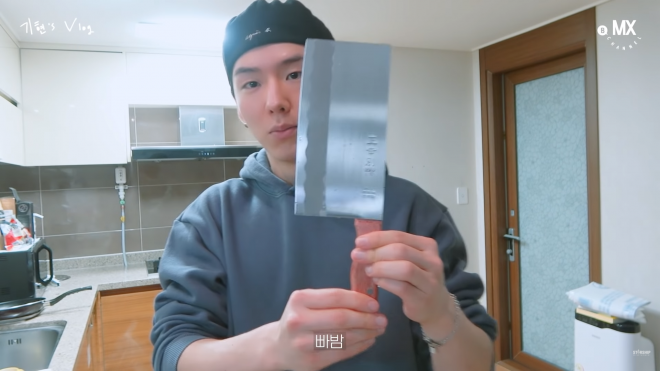 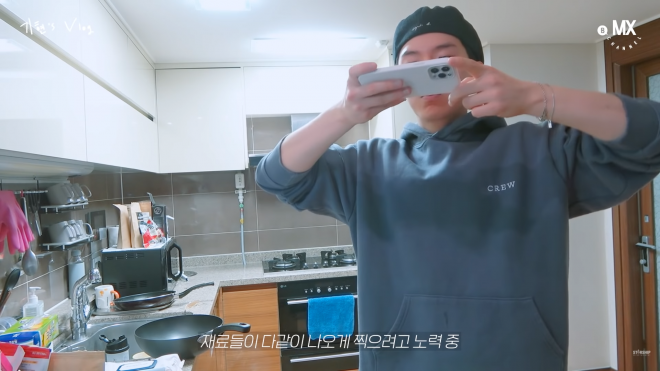 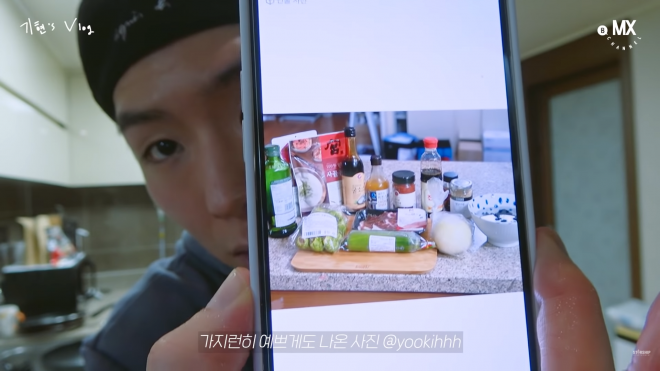 Afterward, Kihyun started cutting the ingredients. In the middle of his preparation, he hummed that he should have just made jjapaghetti. But as he was already on it, he started to put a lot of oil in the preheated pan. Bringing all the ingredients beside him for easier work, he placed the meat and all vegetables into the wok. Then he put in ginger powder and crushed peperoncino. Next, he added a little bit of oyster sauce, followed by chicken stock. As soon as the chili powder is in, he placed the soup in immediately. 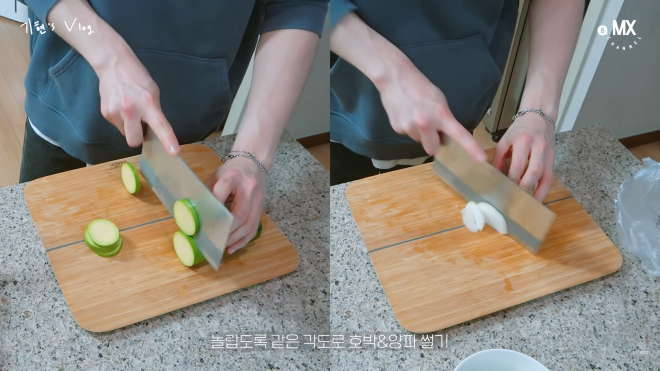 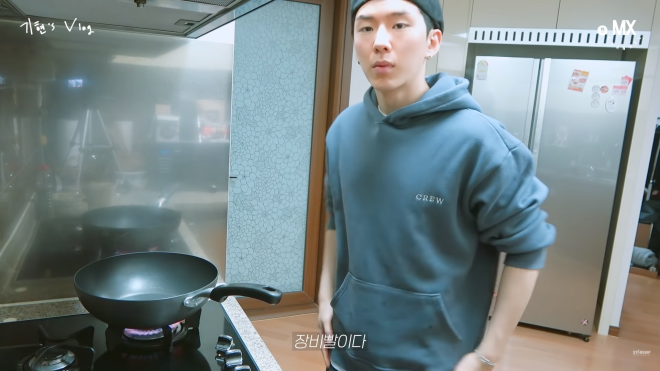 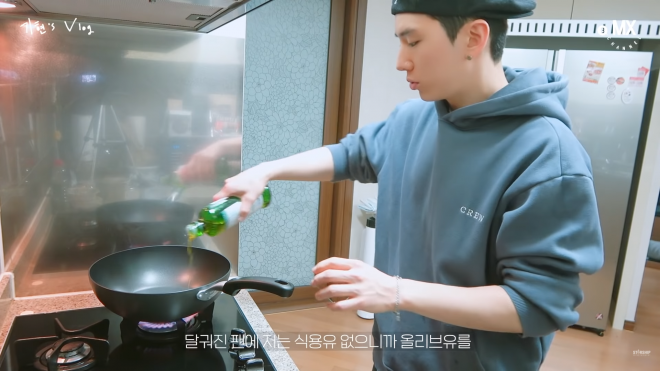 Consequently, he noticed that something was wrong with the color as he poured too much soup. With a sad face, Kihyun put in more chili powder as a remedy and his favorite tree ear mushroom. He was worried it would be salty so he didn’t really put consideration in the amount of broth. He kept on wondering why his dish was not as reddish as what he saw in the video. But as he thought carefully, he figured out that the source of redness is from the fine chili powder, and he should’ve had used that ingredient instead.

Finally, after a couple of boils, he began to taste it and was shocked by what he just consumed, so he tried it again. With an amused expression, the hamster shark chanted “Holy moly!”, while complimenting himself. 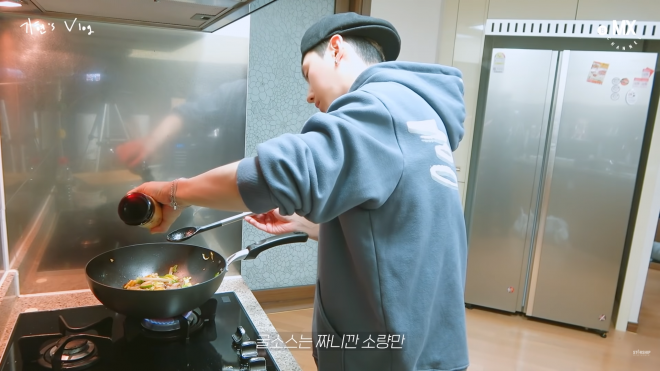 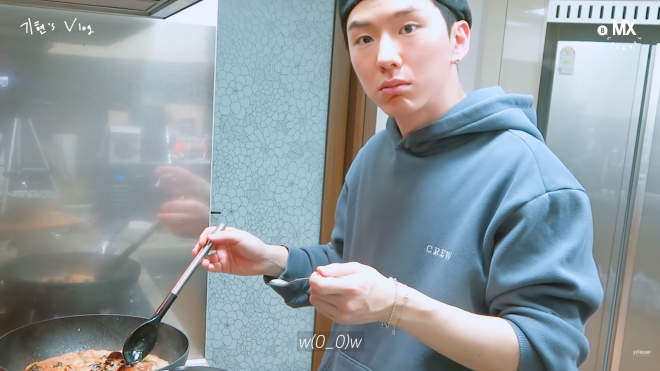 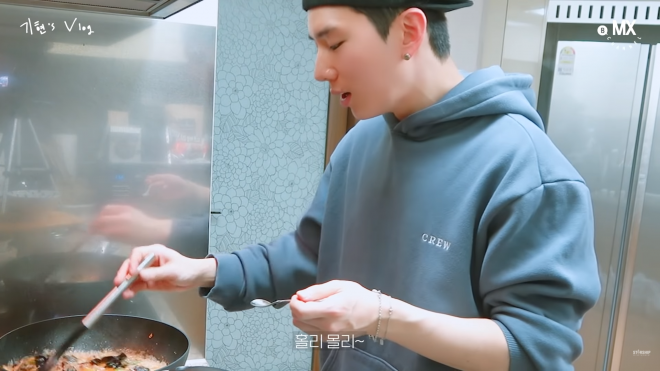 Kihyun then plated the dish and started cleaning up things in the kitchen before he ate. By 8:27PM, he started eating his dinner-made jjamppong, and obviously, he couldn’t hide his smile while taking a sip of the stew-like dish.

Acknowledging that the food tasted the same as the jjamppong that the members ordered before, he promised that he will cook it for them next time. 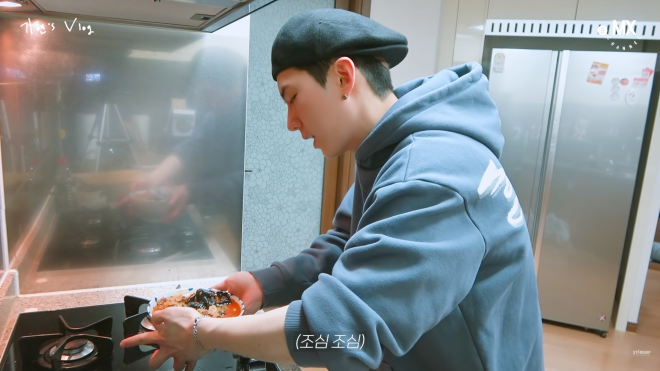 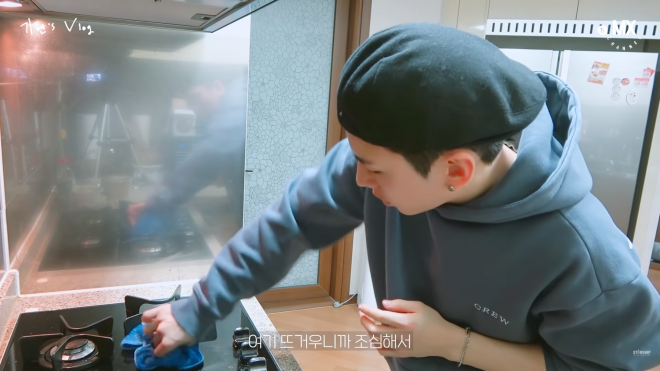 Another Perfect Dish Made By Yoo Kihyun

Nearing the end of the vlog, he repeatedly said that it tasted delicious and admitted that he never knew it would be this good. He recommended following Mr. Baek’s recipe and suggested to use a spicier chili powder so it could taste even better. 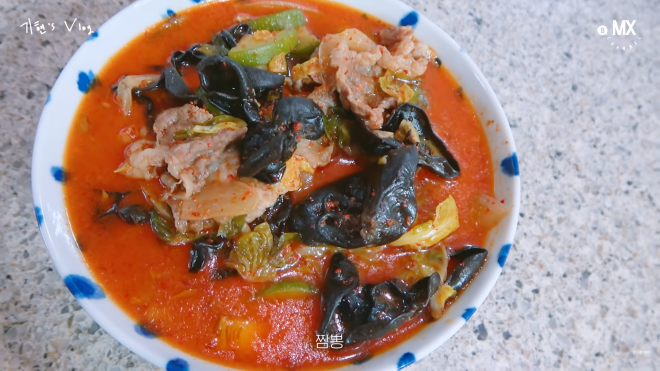 With that, Kihyun’s vlog making brisket jjamppong ended with a relieved smile and cheerful clap. To make the vlog even funnier, Kihyun spent 65,000 won for the ingredients just to make his own jjamppong. But it probably didn’t matter as his fans could witness him doing things that he dearly loves to. 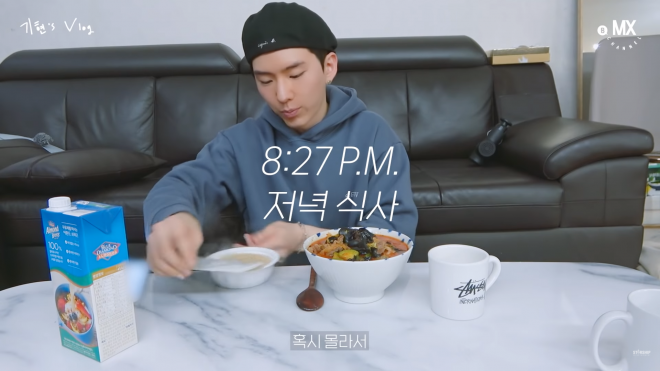 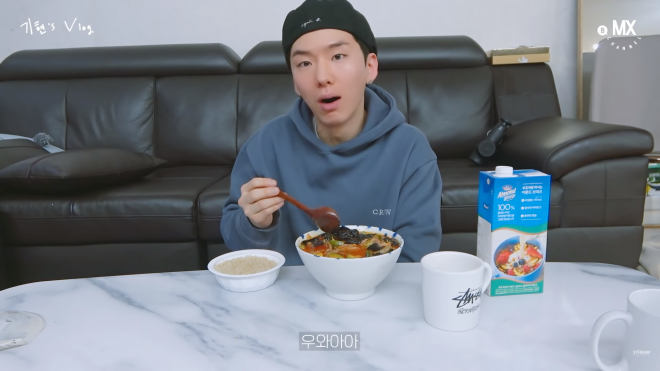