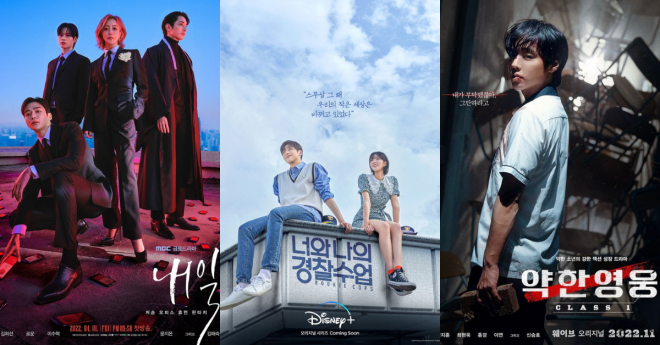 10 Underrated K-Dramas From 2022 You May Have Missed

So much to watch, so little time to do it.

Year after year, K-Dramas continue to rise in popularity across the globe. With many K-Dramas being released each month across our favorite streaming platforms, it’s virtually impossible for fans to know them all.

Below are 10 underrated K-Dramas from 2022 that you may have missed.

From Now On, Showtime!

Where to Watch: VIU or VIKI

Cha Cha-Woong is one of the most popular magicians, but he also has a secret ability. He can see ghosts and communicate with them, often telling them what to do. With his unusual skill set, he teams up with police officer Go Seul Hae to solve cases with the help of ghosts.

Where to Watch: VIU or VIKI

The series depicts the life of three women who want to achieve success in the home shopping industry. Woo Hyun aspires to be the top shopping show host, but after experiencing a series of failures, she has to start over. Gi Mo Ran’s success story from a regular employee to vice-president of UNI Home Shopping is legendary in the industry. Bae Ok Sun was born with a golden spoon but didn’t let her family status stop her from becoming the top host at UNI Home Shopping.

Wi Seung Hyun is a freshman at the elite Korean National Police University, ranking at the top of his class. He is full of justice and wants to be just like his father. Everything is going according to plan until he encounters fellow freshman Ko Eun Kang. Not quite the same student as Seung Hyun, she followed the person she liked to university.

Nineteen-year-old high school student and shooter for her high school team, Ok Chan Mi’s world is turned upside down when her twin brother mysteriously dies. In her quest for the truth, she teams up with Ji Soo Heon, a fellow student who takes revenge on bullies on behalf of the bullied.

Where to Watch: Wavve or VIKI

Model student with the top 1% of grades, Yeon Si Eun, suddenly becomes the ‘prey’ of delinquent Jeon Yeong Bin because he seems weak and inferior. After getting embroiled in an accident with the bully, Si Eun decides not to back down and confront it with the help of another outsider, Ahn Soo Ho, and a transfer student, Oh Beom Seok.

Where to Watch: VIKI

Based on the webtoon of the same name, the series tells the story of office workers of Marketing Team 3 at the home appliance headquarters of Gaus Electronics—a multinational company. While they seem to have very little in common at first, they slowly begin to form a bond, with possible sparks of romance in the air!

Once Upon A Small Town

Adapted from a web novel by Park Ha-min, the series tells the story of Han Ji Yul, a veterinarian from Seoul who relocates to Heedong village against his will. Here he meets a policewoman, Ahn Ja Young, a town insider with a friendly secret, and a local ‘nuclear man’ Lee Sang Hyeon.

Eo Yong Mi, Ahn In Kyung, and Maeng Soo Ja work as cleaning ladies at a brokerage company. After accidentally overhearing a key piece of financial information, the trio resort to insider trading in order to feed their family and fulfill their dreams.

Choi Joon Woong is a young job seeker who is unable to secure a job. Through an accident, he meets the grim reapers Koo Ryeon and Lim Ryung Gu, who have the task of preventing suicide, and he teams up with them as the youngest contract worker in the crisis management team of death angels.