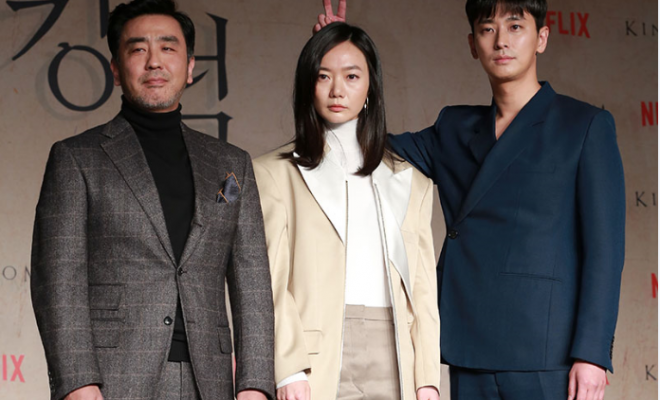 Netflix’s mystery thriller Kingdom is coming your way on January 25!

Powered by stellar cast, Kingdom gears up for its premiere via Netflix, the world’s biggest internet entertainment service company.

On January 21, the cast and creative team met the press people to present Netflix original series, Kingdom. To be released simultaneously in 190 countries, Kingdom is Netflix’s first Korean series offering for 2019.

Featuring writer Kim Eun Hee of acclaimed thrillers Sign, Ghost, and Signal, Kingdom is under the direction of Kim Seong Hun of films A Hard Day and Tunnel fame. 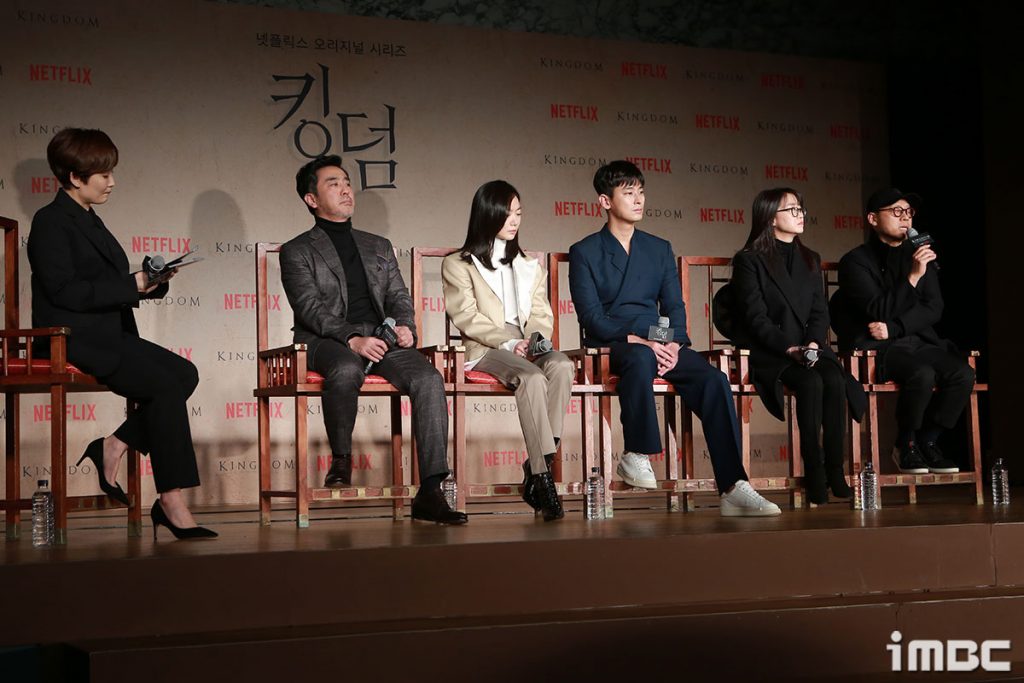 Meet the cast of Kingdom

2018’s busiest film actor Joo Ji Hoon extends his bountiful streaming projects with this pre-produced series. After which, in February he will meet the fans again with another gripping MBC production Item. Joo also starred in films Along With The Gods: The Last 49 Days, The Spy Gone North and Dark Figure of Crime.

Kingdom threads on the story of a mysterious death of a Joseon King and development of a strange plague. Framed for treason, the Crown Prince desperately sets forth on a journey to unravel baffling evil lurking in the dark. 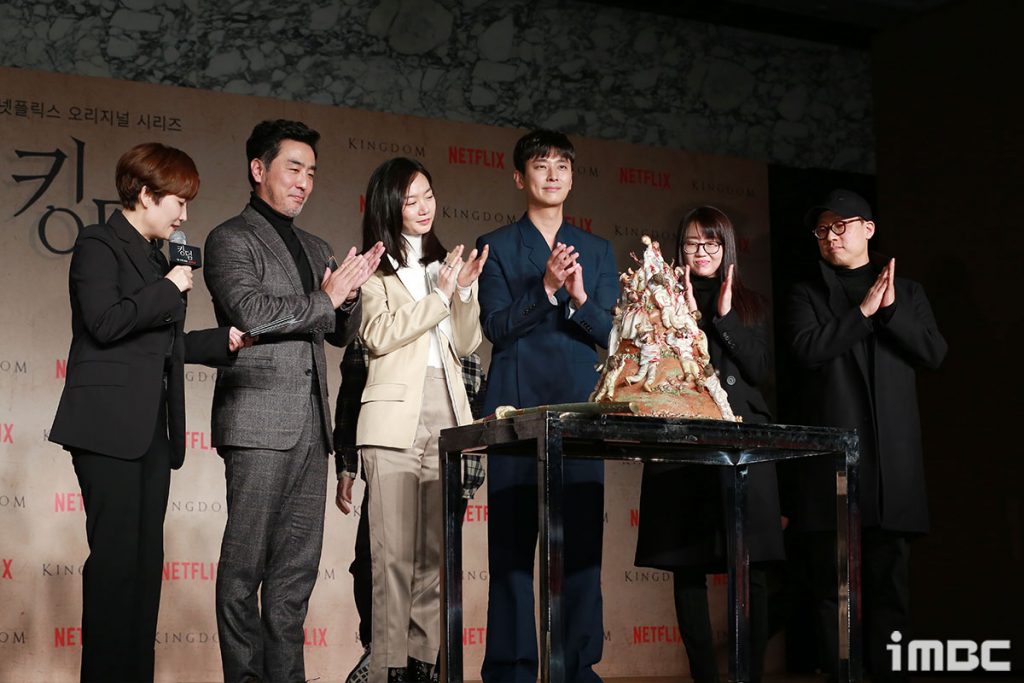 What to expect in Kingdom

In the press conference, Director Kim explained how Kingdom will revolve about a man rendered helpless against a mysterious plague. He added how helming a zombie thriller was a challenge. He expressed happiness working with writer Kim and meeting the audience through Netflix’s platform.

Running for six episodes of two hours, writer Kim Eun Hee shared how her love for zombie and history brought about the story for her new work.

Portraying the hero of Kingdom, Ju Ji Hoon expressed confidence on his new work. He said, “There is a saying that if the actors and staffs suffer, the work will be fun and good.”

The talented actor narrated how he experienced physical injuries while filming, highlighting the efforts of the cast and crew.

Veteran actor Ryu Seung Ryung explained how Kingdom combines the beauty of Korea in excellent narrative that is garnished by Western material.

“It is a story about our country, but it expresses greed about hunger and power that can be shared beyond time and space.”

Kingdom will be unveiled to 190 countries around the world through Netflix on January 25. 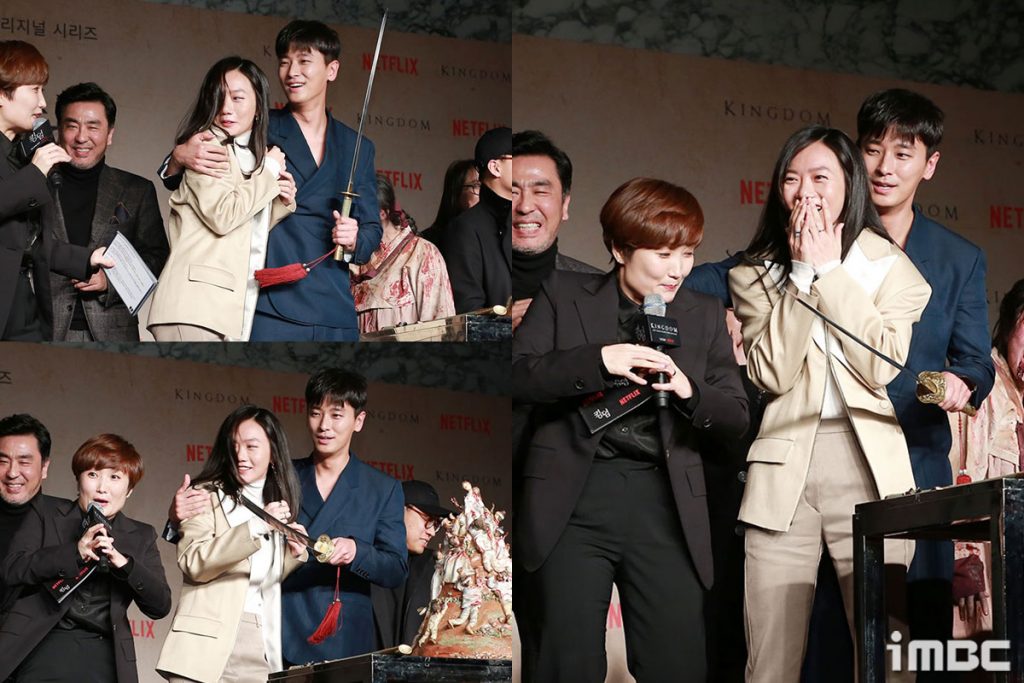 We need your support! If you have enjoyed our work, consider to support us with a one-time or recurring donation from as low as $5 to keep our site going! Donate securely below via Stripe, Paypal, Apple Pay or Google Wallet.
FacebookTwitter
SubscribeGoogleWhatsappPinterestDiggRedditStumbleuponVkWeiboPocketTumblrMailMeneameOdnoklassniki
Related ItemsBae Doo Najoo ji hoonJu Ji HoonKim Seung RyungkingdomNetflix kingdom
← Previous Story Key Moments In Episodes 17 & 18 of “My Strange Hero”
Next Story → Nam Joo Hyuk & Han Ji Min Draw Heart Flutters In Teasers Of “The Light In Your Eyes”