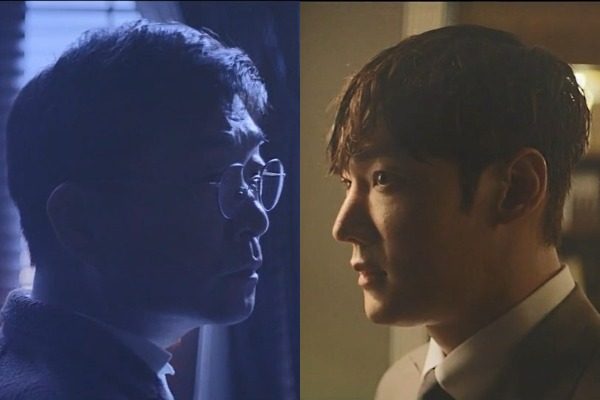 A man’s revenge-motivated actions expose him to the dark side of money and power.

Justice opened to a world where wealth and connections, no matter how shady, prove to be a lethal combination. It was where people listen when money talks and having the power to decide who lives or dies.

Choi Jin Hyuk and Son Hyun Joo were both brilliant in their respective roles. The story which was full of ill-natured characters with even more wicked intentions, offered enough intrigue that definitely hooks. 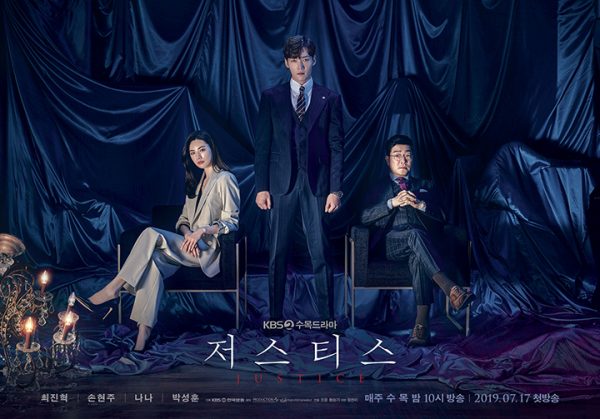 One snowy night, a man covered in blood walks the highway with no clear directions. Another man in a car stops. He steps out of his vehicle to talk and share a drink with that same man. As he reaches out to accept the drink, the older male asks if he regrets it. With hands shaking, the younger man’s only reply is silence. The older man adds that he should enjoy the price of the deal.

Forward to the present, Lee Tae Kyung (the young man), now a lawyer, just bet all his money in the poker table when a man dresses in black approaches. Sensing that his services are needed, he leaves and while inside the car he speaks to someone over the phone and he asks if the girl is still alive. That same moment, Song Woo Yong (Son Hyun Joo) gets a visit from the Director of National Tax Service asking for a favor. 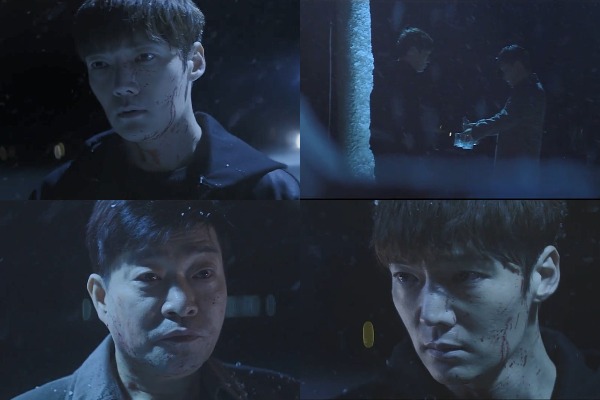 Tae Kyung (Choi Jin Hyuk) arrives at his destination. He enters the place and finds it in disarray. He disregards an obviously drunk male who is on the sofa and proceeds to a room where a battered and bruised female rests. Tae Kyung confronts the man, who happens to be the son of the National Tax Service director. While telling him to call 119 and instructing him of what to say, they hear the woman, Jang Young Mi, talking to someone over her cellphone revealing that she is a victim of rape.

During the trial, Lee Tae Kyung manages to make it seem the woman has every intention of getting intimate with the Director’s son. He presents the lingerie the Jang Young Mi bought the day before the incident happened, and the man confirms that she was wearing it when they met. In the end the court ruled in favor of the defense and Tae Kyung warns her not to make an appeal and just go with the settlement. 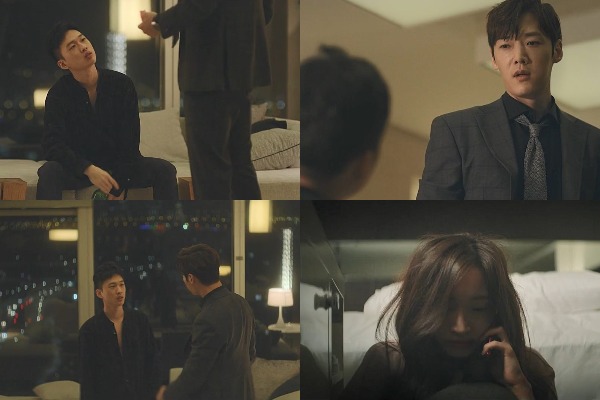 The National Tax Service Director, together with some politicians who wants to invite Song Woo Yong to join their party, meet in a bar. They commend Tae Kyung’s skills and they all spent the night drinking. Tae Kyung goes to the bathroom where he has a flashback of past memories and he ends up punching the bathroom mirror.

The next morning, Woo Yong visits Tae Kyung and hands him an envelope containing information on his next client. He asks the older man the reason he wants some thug out of jail to which Woo Yong answers the man provides him with labor. He visits Yang Chul Ki and from the get-go Tae Kyung tells him he is not trying to get him out of goodwill, but rather he is doing it to take care of a “rotten link”. Tae Kyung advises him to go with the story he created and to watch out for his acting skills. 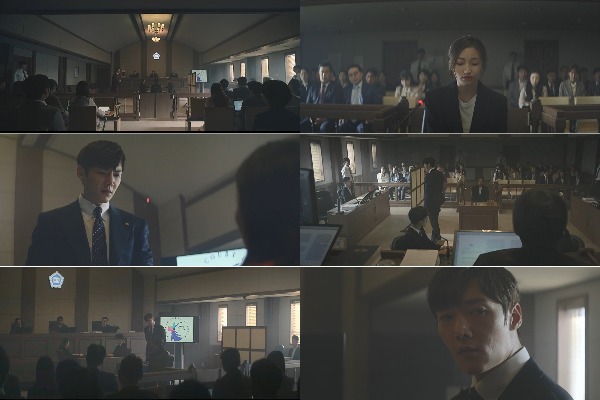 Meanwhile at Seoul Central Prosecution Office, Seo Yeon Ah (Nana) argues with her boss about one of her cases. She successfully managed to take over as prosecutor for the trial case of Yang Chul Ki. On the day of the hearing, she mentions that the case is not a simple assault between workers due to Yang Chul Ki’s seven prior convictions. She also reveals that he is a prime suspect on a murder case involving a rookie actress which happened in 2012.

Yang Chul Ki denies the murder charge and says he has nothing to do with it. His finger prints were all over the body because he was the manager of the murdered actress at the time. A police officer, Kang Il Man, who handled the case several years ago, submits all files in relation to the case to Seo Yeon Ah. She discovers that a delivery man was there at the time of the crime. She is even more surprise to learn the identity of the young man – it was Lee Tae Kyung’s deceased brother Lee Tae Joo. He died after getting involved in vehicular accident. 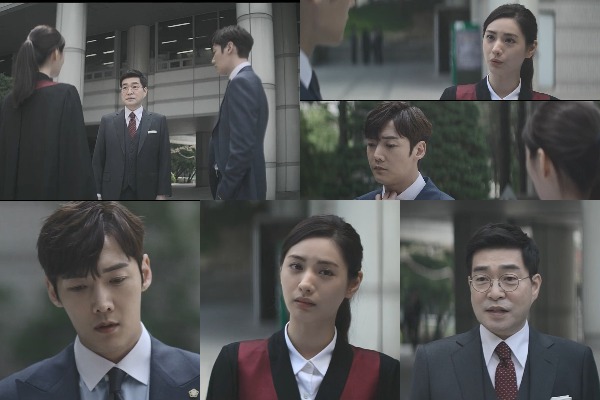 She confronts Yang Chul Ki but he still continues to deny his involvement. When Tae Kyung sees the photo of his brother, he asks Chul Ki if he knew the delivery guy. Chul Ki still says no. He counteracts and asks Tae Kyung if knowing the man matters to his assault case to which the lawyer says no.

After seeing his brother’s photo and learning that the accident happened a day after the actress’ murder, Tae Kyung remembers the painful memories. He calls Song Woo Yong, who at the time is the construction site overseeing the online news reporter being buried alive. They meet at Woo Yong’s house. He tells him something is not right as he saw Yang Chul Ki smiled upon seeing his younger brother’s picture. Woo Yong volunteers to look up information about Yang Chul Ki but Tae Kyung says he will personally do it. 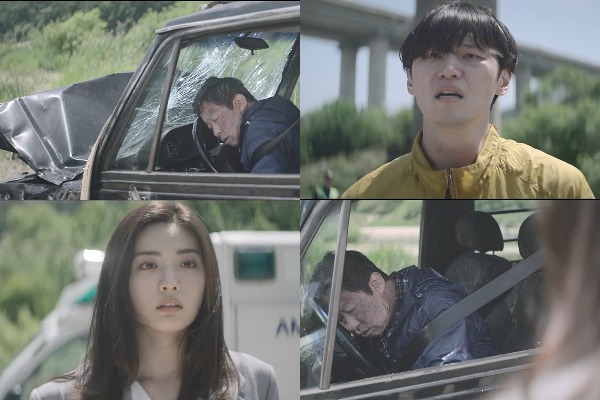 Officer Kang is found dead the next day and Seo Yeon Ah is devastated. She visits Yang Chul Ki and warns him that she will do everything she can, even fabricating a text conversation, to indict him for murder. Tae Kyung is also doing an investigation of his own. He sends his assistant to look for information regarding the case and the delivery man.

He obtains CCTV recordings and they watch to see a young Jang Young Mi received a delivery package from Lee Tae Joo. She met Yang Chul Ki to hand over the parcel. Sensing the connection to his brother’s accident, he refuses to provide a counter-argument on Yang Chul Ki’s second hearing. They meet secretly at prison facility to which Yang Chul Ki says he has information about the death of his brother. If he is interested to know he has to get him out of prison. 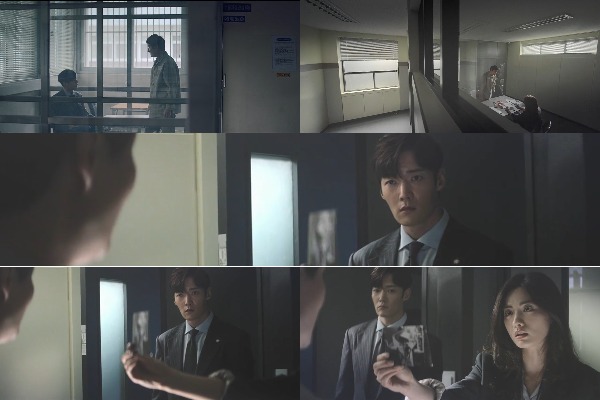 On the next trial, Tae Kyung acknowledges Seo Yeon Ah’s accusation of Yang Chul Ki’s involvement in the 7-year-old murder case. However, he argues that the trial is not about that. If the prosecution wants to make a case about it they should submit evidences. As expected, Yang Chul Ki gets out of prison with a probation. He tells Tae Kyung to meet him the next day so they could talk about his brother. 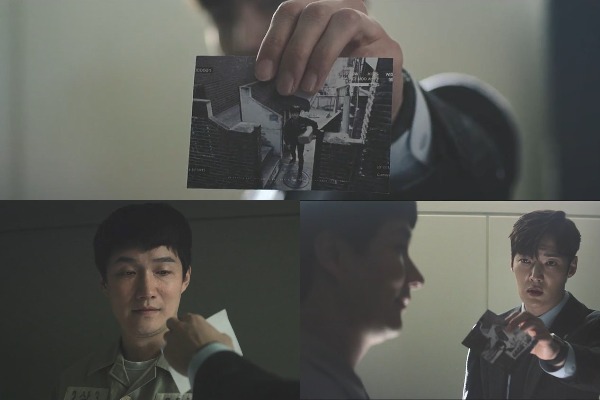 Outside Woo Young’s house, Tae Kyung sees Yang Chul Ki and his family emerge from the house. He hides his face as the car passes by. Tae Kyung goes inside and pretends to not know the whereabouts of Yang Chul Ki. He asks Woo Young directly if he has an idea where he might be.

Justice is dark and intriguing. It has a heady mix of corruption, crime and injustice that keeps your attention. The characters despite their vileness were not devoid of their humanity. Lee Tae Kyung, after experiencing the death of his brother and going through a trial clearly in favor of the rich, has lost his faith in everything. He set out to punish those who has wronged his brother, and with Woo Yong’s backing, he committed a crime to avenge his brother.

His original vision of being a just lawyer just went down the drain. Instead he makes a living defending the corrupt and shady people he despises. I love how the drama has shown Lee Tae Kyung’s backstory. It provided a clear view of what shaped him to be the man he is now. His love for his brother was his motivation to strived hard and passed the bar exam. When his brother died, it drove to the edge and he feels apathetic. He went with the flow, regardless if it was down the wrong path, merely existing, not living a life.

When he acquired the land on his old neighborhood and revealed he wants to help in its advancement, I thought he is not a lost cause. There is still hope that he would and could regain his humanity. Song Woo Young said it himself. The reason he liked Tae Kyung so much is because he still sees he has a soul, despite his decadent ways. 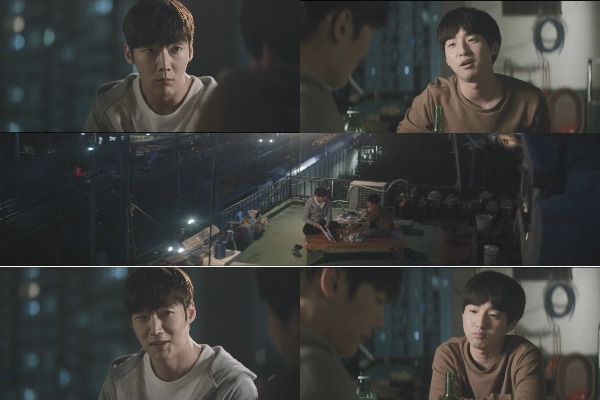 Song Woo Young, though we still have to see his backstory, is such an interesting character. He is calm and collected on the outside, but he has a lot of darkness in him. His gazes and his smiles indicate that he hides away a pain deep within. His clear interest is accumulating power through connections and he is not afraid to get dirty.

Striking a deal with Lee Tae Kyung has proven to be beneficial to the both of them. Tae Kyung is compensated handsomely for his services. While Woo Yong gets recognition from significant people making it easy achieve anything he sets his mind on. He is scary as he knows Tae Kyung could rebel at any moment. But he does not show he is even bothered by it. I wonder what made him that way.

Justice served up an interesting opening week with enough friction between the main leads. The built-up tension leading to the conflicts was also well done. It is definitely one of the dramas I am looking forward watching. It makes me want to unravel the mysteries behind the murders and characters.

Justice airs on KBS2 every Wednesday and Thursday at 10:00PM KST.