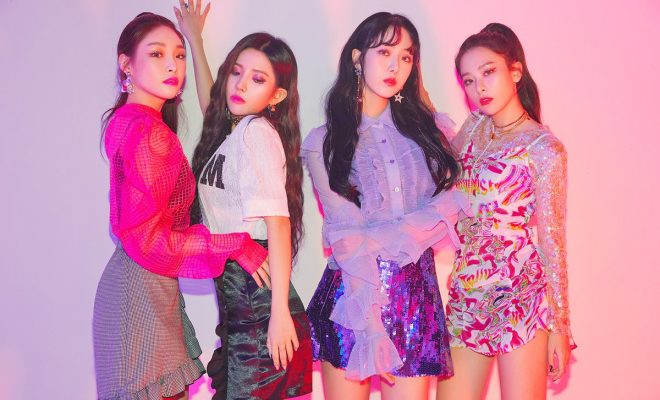 Chungha, Soyeon, SinB & Seulgi Get Together For “STATION x 0” Collaboration

Fans are dubbing this as one of the most iconic collaborations ever as Chungha and members from (G)I-DLE, GFRIEND and Red Velvet get together for “Wow Thing”.

“STATION x O” brings three girl groups and one solo artist together for one of their musical collaborations. Chungha, (G)I-DLE’s Soyeon, GFRIEND’s SinB and Red Velvet’s Seulgi will work together for this new track.

It was revealed through SM STATION’s Instagram account as the girls greeted their fans and gave a sneak peek of their song. SinB said that they worked hard to prepare an addictive song and a great performance. Chungha added that the lyrics are great as they contain hopeful messages that they want to share to their fans.

On September 21, the group released a snippet of their song and choreography through a dance practice video. Wait until the end to laugh at some NG picks from the staff.

They also released countless photo teasers to hype up the release of their collaboration. Aside from the beauty and fierceness seen from the girls, their quirky and funny sides always shines through during the shoot. Watch a behind the scene special below.

This collaboration is the fourth team-up from Station x 0. The first one was Girls’ Generation’s Taeyeon and Melomance’s “Page 0”, followed by EXO’s Baekhyun and Loco’s “Young”. EXO members Chanyeol and Sehun teamed up for “We Young” as the third collaboration.

“Wow Thing” featuring Seulgi, SinB, Chungha and Soyeon will be released on September 28 at 6pm KST.

We are on the edge of our seats waiting for this sweetness to happen. Are you excited too? Send us a tweet on Twitter.