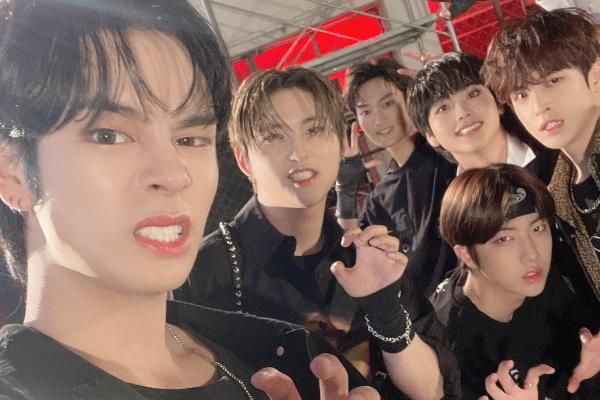 These talented boys of CRAVITY boasted their all-out in a dance cover performance for SuperM’s “Tiger Inside.”

Fascinating global fans with an ever charismatic cover for “Tiger Inside,” a track from SuperM’s Super One album, CRAVITY boasted its colorful yet powerful performance. Catching huge attention, members Serim, Allen, Woobin, Wonjin, Hyeongjun, and Taeyoung presented wonderful teamwork featuring the boys’ charismatic facial expressions. In line with the song’s theme of tigers, these young idols drew an exemplary presentation while showing off each of their own unique colors.

Particularly, CRAVITY has been on the general public’s attention with its high-quality performances and sensuous group dance choreographies. Additionally, the nine-member boy group has been receiving enthusiastic responses not only from domestic fans but also globally.

Proving themselves as a “performance powerhouse,” CRAVITY means “Center of Gravity,” combining the words “creativity” and “gravity,” bringing forth fans into their universe with a unique charm.

Relatively, CRAVITY has made its debut with “Break All The Rules” in April 2020. Consecutively, this talented boy group won first place on several music charts in the first half of 2020 with the mini-album Season 1. Hideout: Remember Who We Are.

In addition, CRAVITY gracefully topped the iTunes Top K-pop Album Charts in a total of seven regions while ranking 3rd in 12 regions and 12th in the Billboard Social 50. Actively drawing enormous support from music fans, the group has been offering the public marvelous performances and irreplaceable concepts.

Meanwhile, CRAVITY has recently released the third installment for the Hideout series on January 19. The third mini-album Season 3. Hideout: Be Our Voice was unveiled alongside the music video for the title track “My Turn.”