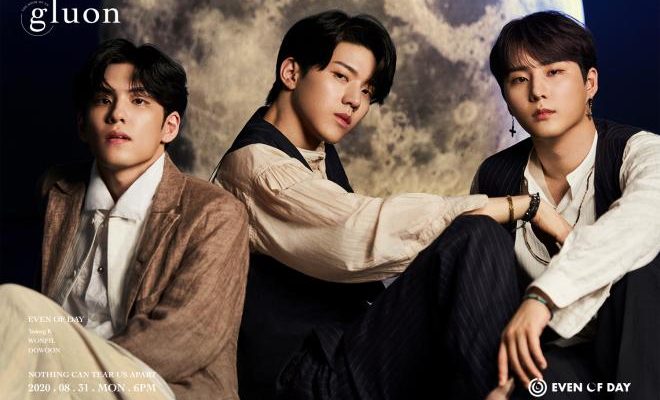 DAY6’s “Even of Day” Thrills With Tranquil Teasers For “The Book of Us: Gluon”

DAY6’s Even of Day is here to stir hearts with serene stills from their upcoming debut album The Book of Us : Gluon – Nothing can tear us apart!

With only a few days to go for their album The Book of Us : Gluon – Nothing can tear us apart’s official release on August 31, DAY6’s sub unit Even of Day unveiled some beautiful teasers on their official SNS.

Giving off some major dreamy vibes, Even of Day released some idyllic images. Looking enchanting in their princely ensembles, Young K, Dowoon and Wonpil exude a certain tranquility as they pose on a boat together that is against the lucid moon in the backdrop. 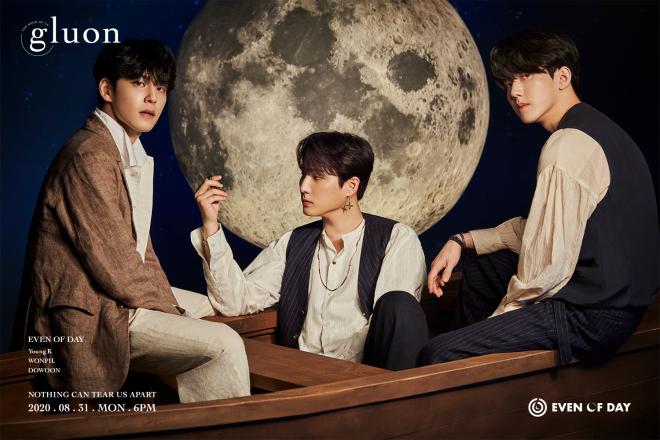 Moreover, the trio only build intrigue with a fascinating image, showcasing only the silhouettes of the three multi-talented musicians looking upwards at the starry sky while the moon glows brighter than ever. 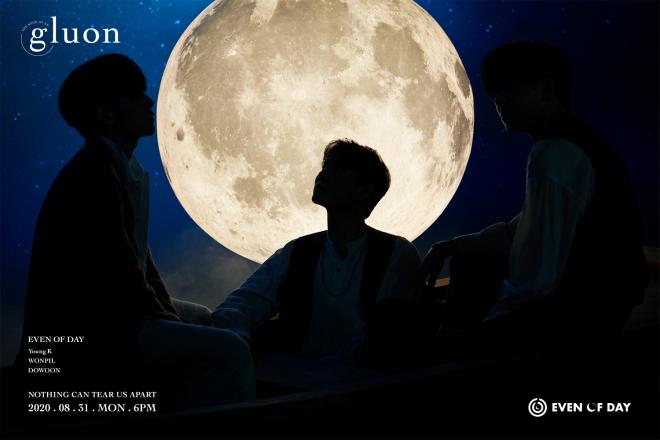 Besides this, Even of Day revealed a riveting lyrics teaser for the title track “파도가 끝나는 곳까지” (literal translation: “To the End of the Wave”). The track boasts of a melody composed of a traditional R&B rhythm and emotional tune interpreted through trendy synth band sounds.

As though straight out of a piece of literature, the lyricism is evocative, enchanting and earnest. The lyrics somewhat look like poetic phrases as seen in lines such as, “Bear the upcoming strong storm/ And because the scenery that comes after is so perfect/ Even a quiet day would have it’s own waver/ But if I’m with you, I’m able to get through every kind of day and every kind of wave.”

Before delving straight into those deep emotions with verses like, “I need you, you need me/ I will protect you from beside of you/ I want to be with you until the place where the wave stops.” 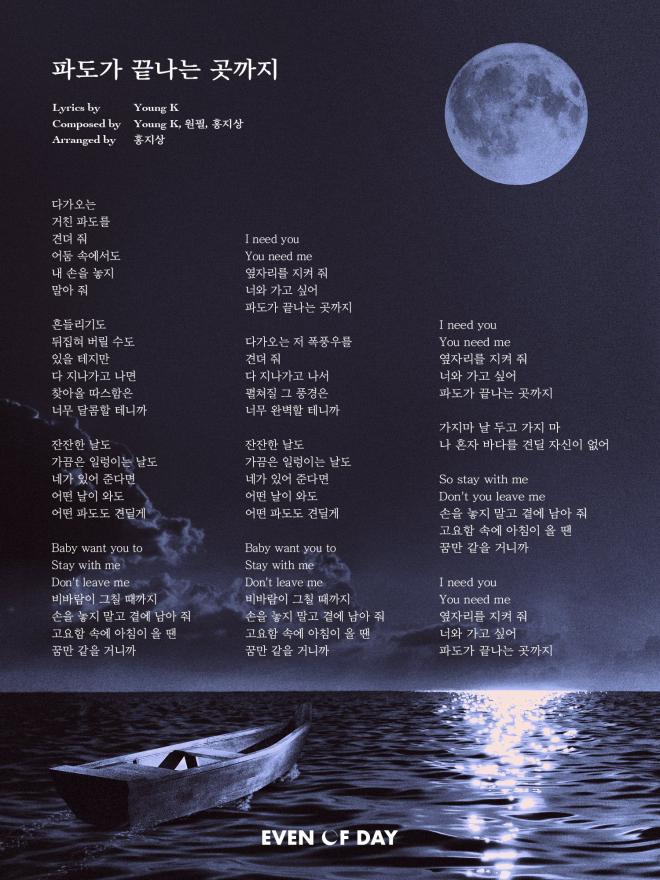 Meanwhile, The Book of Us : Gluon – Nothing can tear us apart, will be released at 6 PM KST on August 31. The album is the fourth page of the The Book of Us series that DAY6 has unfolded since last year.

DAY6’s Even of Day will further meet fans in advance through a countdown live which is scheduled to broadcast on Naver V LIVE at 5 PM KST on the day of the release of the album.

FacebookTwitter
SubscribeGoogleWhatsappPinterestDiggRedditStumbleuponVkWeiboPocketTumblrMailMeneameOdnoklassniki
Related Itemsday6DowoonEven of DayThe Book of Us : Gluon - Nothing can tear us apartThe Book of Us: GluonWonpilYoung K데이식스도운영케이원필
← Previous Story BTS Secures Perfect All-Kill Status With “Dynamite”
Next Story → “Do You Like Brahms?” Reveals Stellar Line Up Of Artists For Its OST