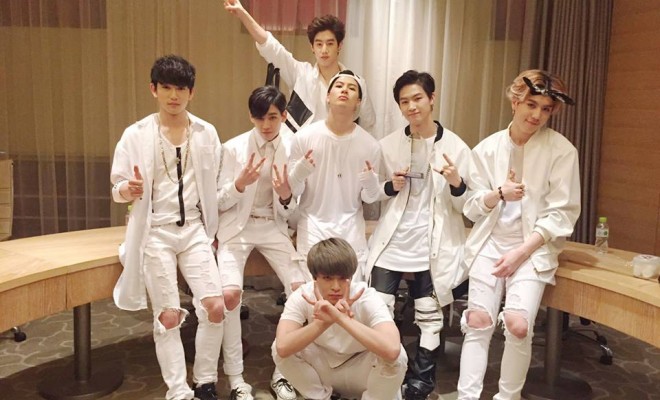 GOT7 To Meet Fans in USA

GOT7 will be meeting its fans in the USA this coming May!

Jazzy Group is proud to bring you “GOT7 First Fan Meeting in U.S.A 2015”, which will be held on this May. This will be GOT7’s first fan meeting in the United States, following a successful fan meeting in Thailand and Malaysia on March 2015. GOT7 will be touring to three different cities; San Francisco, Chicago and Dallas.

Dates and venues are listed as below:

As this is GOT7’s first fan meeting in USA, Jazzy Group has surprises in store for IGOT7. All VVIP ticket holders is entitled to redeem freebies, as well as exclusive passes to hi-touch sessions with GOT7. The first 100 lucky fans who purchase the VIP tickets, will be entitled to a pre-signed poster of GOT7. As these exclusive passes are not to be sold separately, it could be an once-in-lifetime chance to get close to GOT7!

Tickets will be available to purchase online via Etix (for Chicago’s fanmeeting) and AXS (for San Francisco’s and Dallas’ fanmeeting). Ticket prices (exclude tax and facility fees) are listed as below: 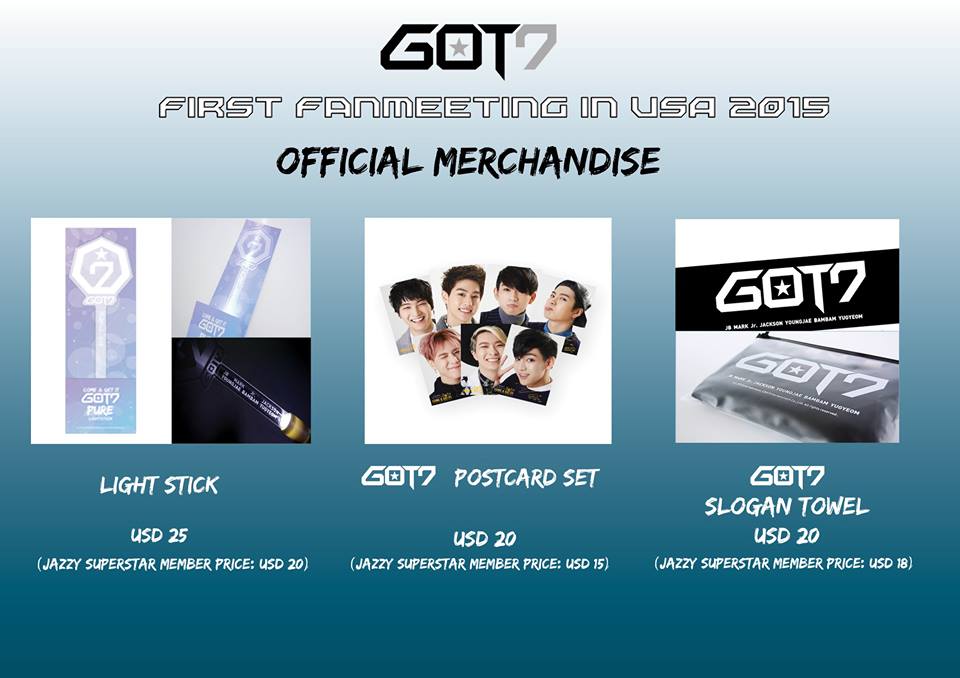 Seating plans of the respective cities as below: 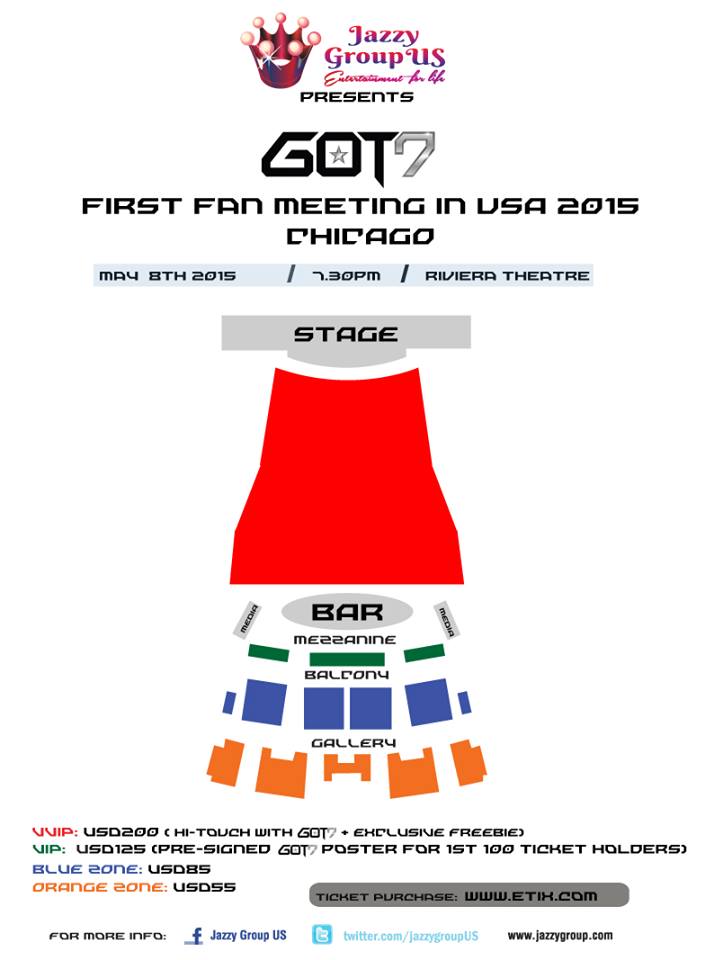 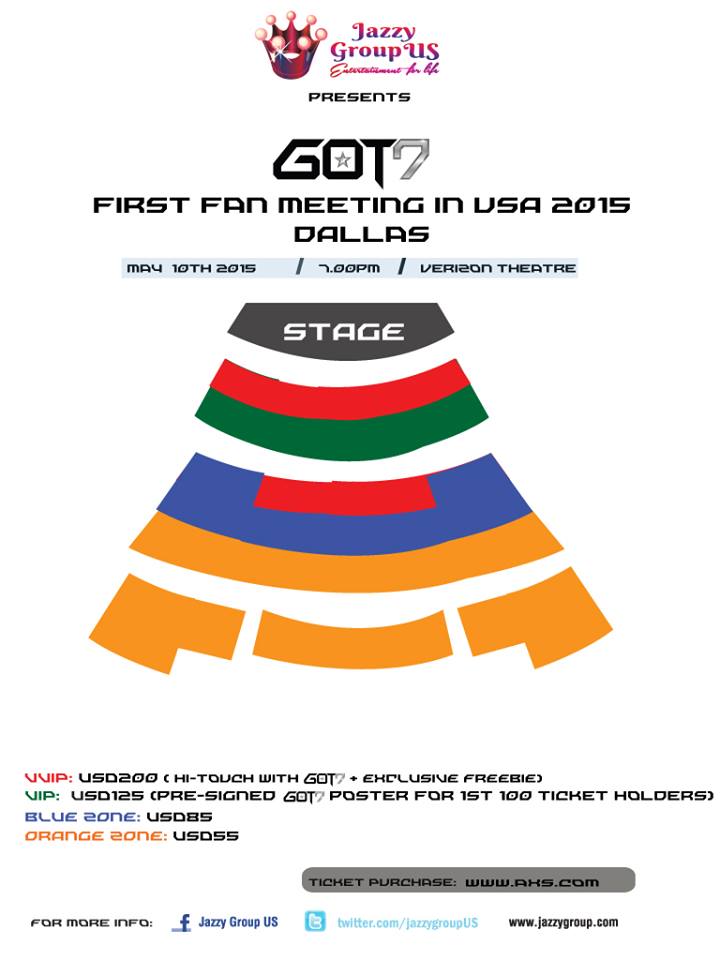 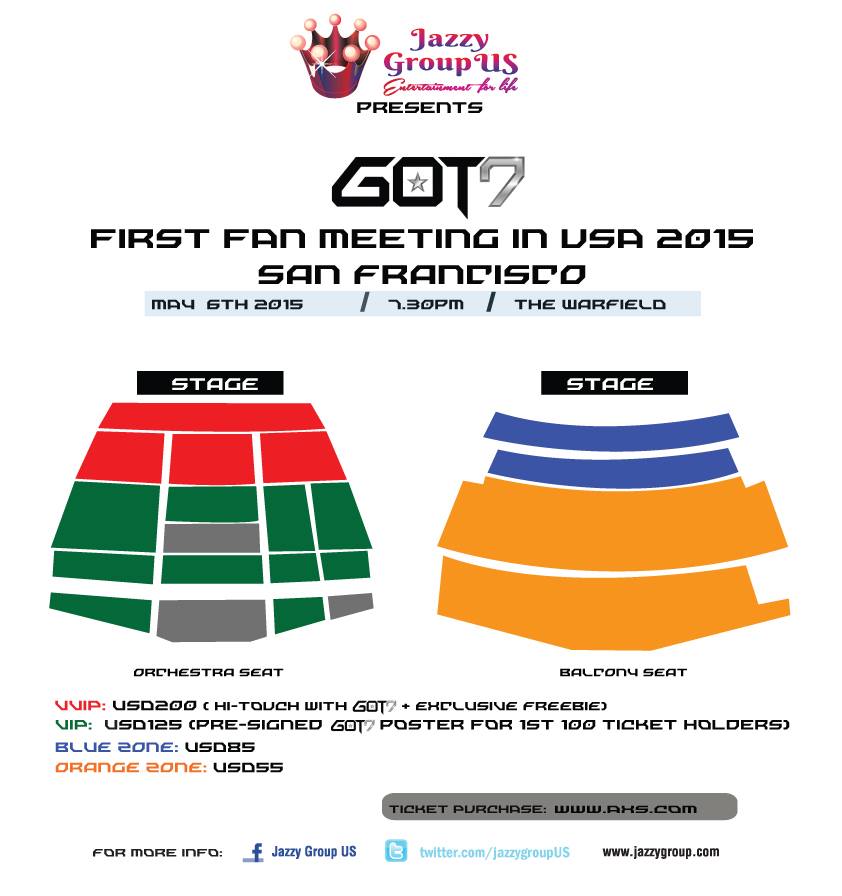