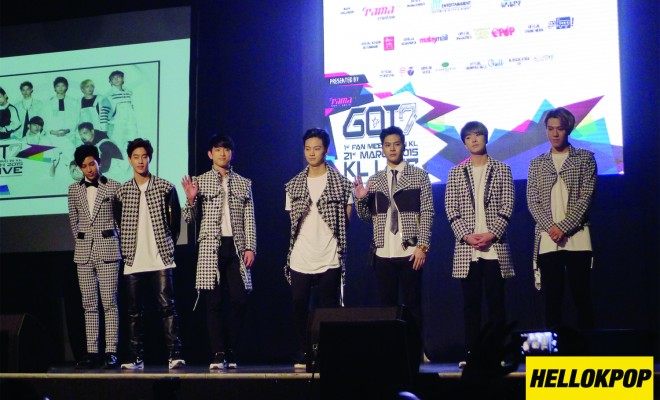 GOT7 Talks Candid At Press Conference In Malaysia

Malaysia weather is known for its sweltering heat, and the arrival of GOT7 in the country for their first ever fanmeet in Kuala Lumpur definitely turned the heat up by a few notches!

The powerful rookie group held a press conference a few hours prior to their fanmeet at KL Live on March 21 to answer some questions from the media about their music, Malaysian fans, and GOT7’s other antics.

GOT7 is back in Malaysia for their first ever fanmeet! How do you guys feel after knowing that so many fans came to see GOT7 for this fanmeet?

JB: This is our second time in Malaysia after A’s music video filming, so we’re just very happy that we are here and able to hold our first fanmeet in Malaysia.

What was it like filming in Malaysia? Was it too hot for GOT7?

How many layers of clothes did GOT7 have to wear while filming in Malaysia?

BamBam: 3-4 layers? Because we had to wear many shirts and jackets too.

What season is South Korea in right now? Could GOT7 adjust to Malaysia’s hot weather?

BamBam: I think winter is over right now in Korea!

Do you guys prefer cold, or hot weather?

Bambam: Hot, for me!

What is the first thing that comes into GOT7’s mind when the members hear the word ‘Malaysia’?

Bambam: ‘A‘ music video! But since I’m Thai, I feel like there is a brotherly connection with Malaysia because the countries are close to each other.

Are there any places in Malaysia that GOT7 would like to visit?

JB: We haven’t had the chance to go sightseeing, but I’d like to visit the KL Tower. 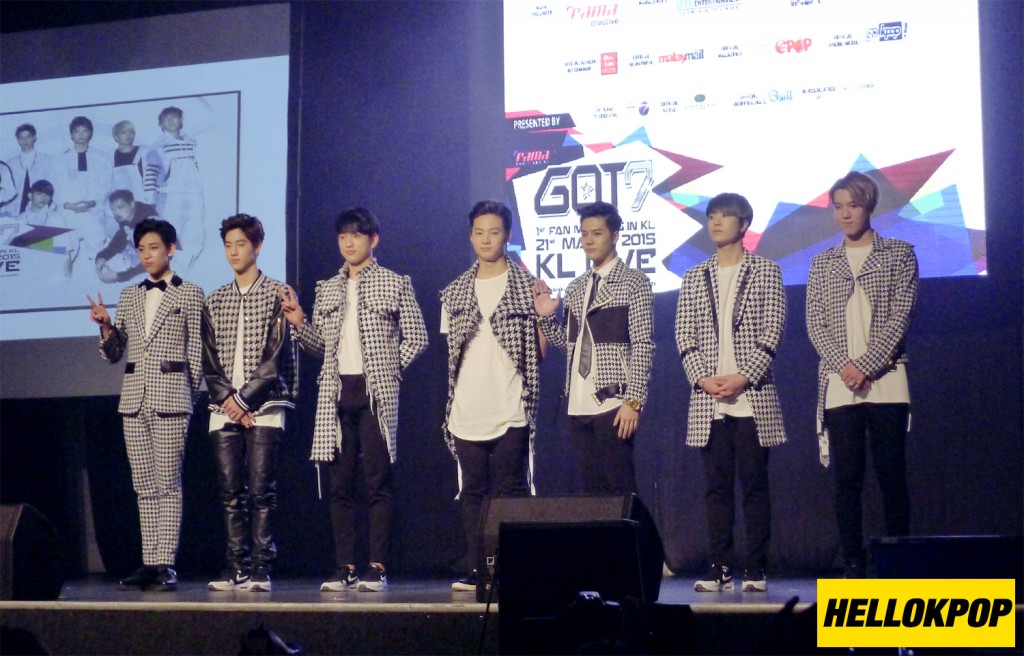 GOT7 just released their first full length album in November last year – what kind of concept would you like to try for the next album?

Yugyeom: It’s going to be a surprise!

How about a teaser about when it might happen?

Jackson & BamBam : It’s a surprise too. We’re going to keep it secret!

What is the biggest and proudest achievement since GOT7’s debut?

JB: We won the newcomer award (at the Golden Disk Awards) so we’re really happy about that!

GOT7 is a multinational group with members from Korea, America, Thailand, and Hong Kong. Was there any communication problems when you guys first met?

JB: They (the members) were all good in Korean, so it wasn’t really a problem.

After GOT7 finishes the fanmeeting in Kuala Lumpur, are there any plans for a future concert in Malaysia?

JB: There aren’t really any plans yet, but we’ll try our best to have a concert in Malaysia!

Jackson: If you guys can bring us back, we’ll definitely have a concert! 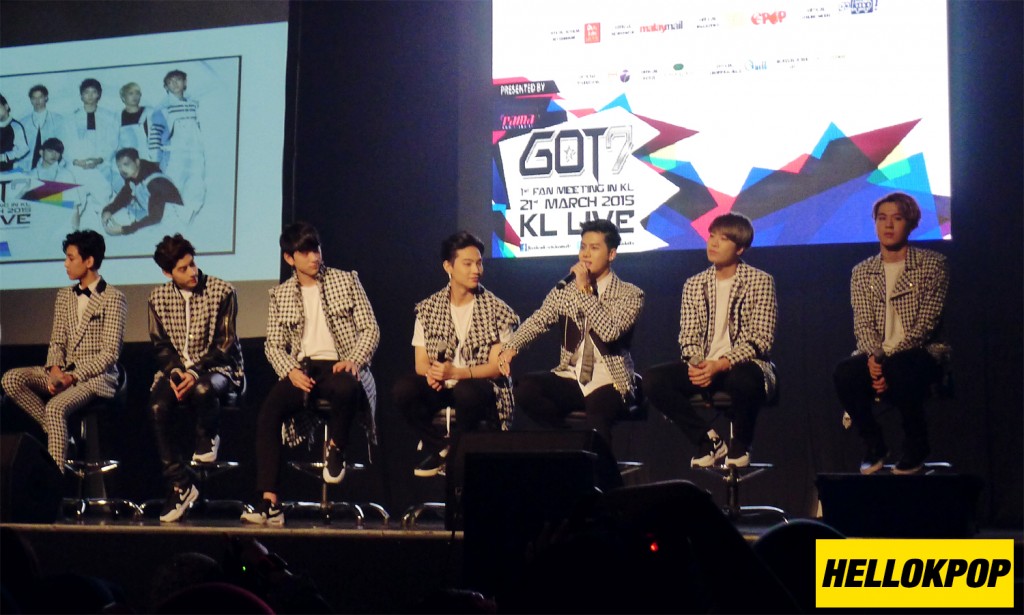 Jackson answers a question about Room-mate

Jackson, what is your favorite episode of Room-mate?

Jackson: Ah, the episode when my family came to visit. I was really touched and I cried.

Besides performing and singing, the members of GOT7 act as well as feature on variety shows. Which one is more challenging?

JB: We can’t really say which was is easier – both of them are difficult, so we’ll work hard on both!

Do the members of GOT7 experience stage fright? If yes, how do you deal with it?

Jackson: That’s because we always say that there’s a monster on stage! (laughs)

JR: You know when you get stage fright, and your heart starts to race faster? We’ll try to channel that energy into interest and anticipation for our stages instead.

Everyone here today are fans of GOT7- to others who may not be fans of GOT7 or have yet to be exposed to the group, how and what would you guys do to influence them to like GOT7?

Jackson: Maybe we’ll go beside them and whisper in their ears that “I’m GOT7!”

What do you think of your Malaysian fans?

When GOT7 arrived at the airport, almost 300 fans gathered at the terminal to greet you! Not just Malaysian fans, but fans from all around the world, like Thailand and Hong Kong as well. Do you guys get afraid, or are you grateful instead for these fans?

Jackson: Touched. We feel really touched because of them! 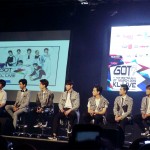 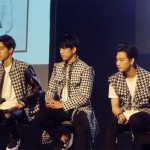 GOT7 listens to the media’s questions 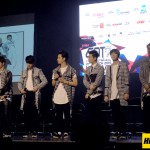 GOT7 says their goodbyes before the press conference ends

Special thanks to erama for the media invites!