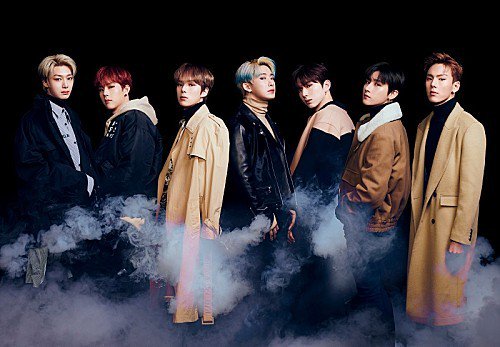 MONSTA X Says “We Are Here” In Comeback Video Teaser

MONSTA X just released a teaser of their comeback details but that’s not the end of it yet.

MONSTA X talked about the second part of their second studio album with Billboard during one of their trips to the United States.

Now, album hints are becoming true as they just released a teaser for their upcoming comeback. Watch it below.

They revealed that the new album is more intense and appealing than last year’s regular album, Take.1: Are You There?. The boys will come back on February 18 at 6 p.m. KST. Further details about the album are yet to be released.

In other news, MONSTA X visited their old friends Doni and Coni at the Idol Room studio recently. The boy group shared that they will release their new album mid-February. Their guesting in Idol Room marks the start of their comeback activities.

The seven-member enigma stirred local and international media due to their choreography and styling for their last title track, “Shoot Out”. It brought a fresh and electrifying appeal to the K-Pop market which has been emphasizing a neutral vibe for a while.

2018 proved to be an eventful year for MONSTA X as they achieved the title of global idols with a successful second world tour. They also participated at iHeartRadio’s Jingle Ball US Concert Tour and performed with big artists like The Chainsmokers, Camilla Cabello, Shawn Mendes and many more.

FacebookTwitter
SubscribeGoogleWhatsappPinterestDiggRedditStumbleuponVkWeiboPocketTumblrMailMeneameOdnoklassniki
Related ItemshyungwonI.MjooheonkihyunMinhyukmonsta xshownuWe Are Herewonho
← Previous Story ASTRO Gears Up To Make Things “All Light” For Thai Arohas
Next Story → Taemin “Want” You To Look Forward For His Latest Comeback Album