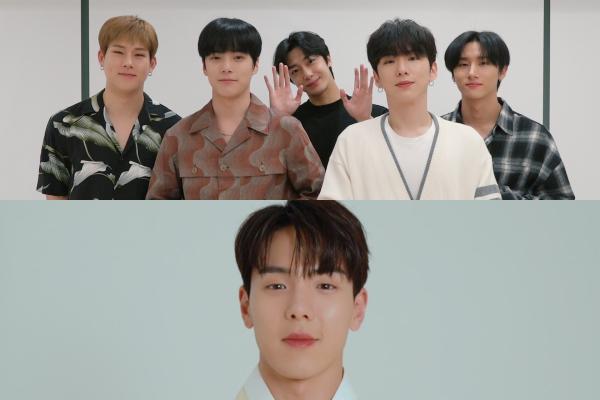 Every MONBEBE might have made a wish to the moon to one day be able to see MONSTA X face-to-face again!

MONSTA X hopes for everyone to have a safe and comfortable celebration in the greetings video for the Chuseok holidays.

On September 20, the powerhouse group gathered to wish MONBEBE a happy Chuseok. The members greeted with a sincere look in the released video, which will absolutely fill everyone’s days with warmth.

In particular, since some started the year on a busy note and are currently on fire with their workloads and school activities, MONSTA X hopes that everyone will have a comfortable rest during the holiday.

I.M also reminded fans to eat songpyeong during the Chuseok. Songpyeong is a traditional Korean food that looks like small rice cakes which are usually eaten during the autumn harvest festival. “Don’t forget to look at the moon and make a wish,” the “Loop” singer added.

Ending the video, Joohoney hopes every MONBEBE’s wish will come true and extended his wish that everyone will stay safe and happy during the holidays.

On the other hand, Shownu also delivered his Chuseok holiday greetings which surprised lots of fans. The greetings video was filmed before he enlisted in the military. Shownu is seen wearing hanbok as he gets curious as to how his beloved MONBEBE is doing.

“I hope that you guys enjoy a happy Chuseok by eating lots of delicious foods and making a wish while looking at the moon”. Shownu also didn’t forget to remind his fans to always take care of their health.

Moreover, MONSTA X, who greeted everyone a happy Chuseok holiday, is continuously meeting MONBEBE all around the world with various activities from the recent English single “One Day.”

Since the release, the talented idols have shown off their impeccable global presence with appearances in MTV Fresh Out Live and Good Day New York. Individual activities are also prominent as all the members have their own radio programs.