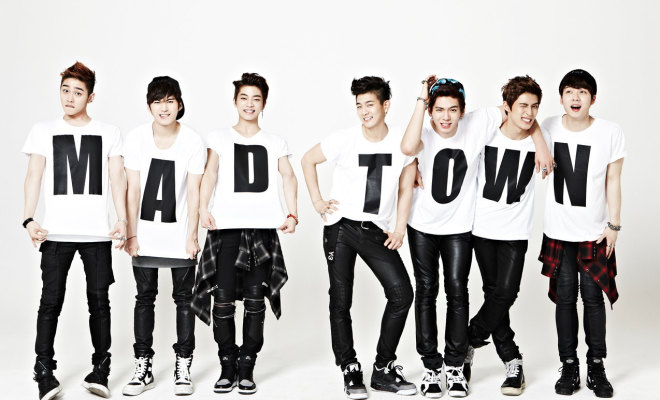 On October 6th, MADTOWN made their debut with YOLO. The boys were thoroughly trained in vocals and dance performance. With the released profile images, many people have been showing interest prior to the group’s debut.

Their debut song, YOLO, was produced by Shin Hyuk, who also created other hit songs, such as Justin Bieber’s One Less Lonely Girl, EXO’s Growl and SHINee’s Dream Girl. Despite this being their debut, the members have already contributed to the lyrics, rap parts and the choreography.

MADTOWN members are Moos (leader), Buffy, Lee Geon, Jota, Heo Jun, H.O., and Daewon. Not only are the boys attractive by appearance but each member has various skills and potential to grow.

We wish MADTOWN great success in the K-pop industry.