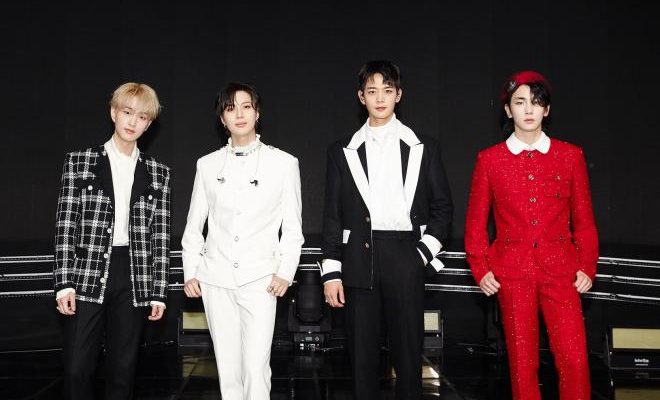 After the reveal of the return of globally popular group SHINee, more details have begun to come to light. In fact, the idols have just shared their promotional timetable, drawing attention with its unique appearance. 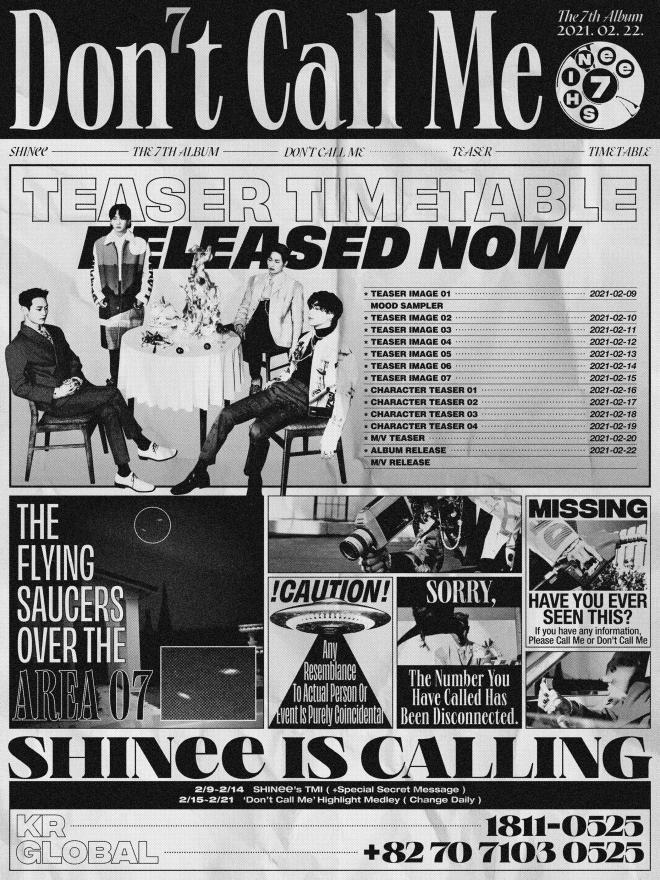 The poster, released at midnight on February 6, captured the eyes of fans with the intriguing images spreading over it. Mysterious messages were added onto the pictures reminiscent of an alien spotting, raising the curiosity about the album’s concept.

In addition, the timetable unveiled various contents which will be releasing one by one, starting February 9. The group plans to share teaser images, a mood sampler, character teasers, as well as a music video preview.

Two more surprises were found separately from the content list. Specifically, they are part of the ARS promotion SHINee is Calling, which reveals new content every week. It plans to introduce the Highlight Medley between February 15 and 21, and SHINee’s TMI (special secret message), between February 9 and 14.

Fans are excitedly waiting to meet the colorful music of their favorite idol group after more than two years. Their last work The Story of Light, released in three parts which were then followed by a repackaged version, serves as a special 10-year anniversary present. It was also the last release before most of the members had to be enlisted for their military service.

The group also held a special online LIVE, The Ringtone: SHINee is Back. Through it, the artists shared spoilers about their upcoming album and delivered various solo and group performances. In particular, one of the stages introduced a new song called “Marry You”, which captivated hearts with the members’ harmonization.

Meanwhile, SHINee will release its seventh full album Don’t Call Me on February 22, along with its new music video.