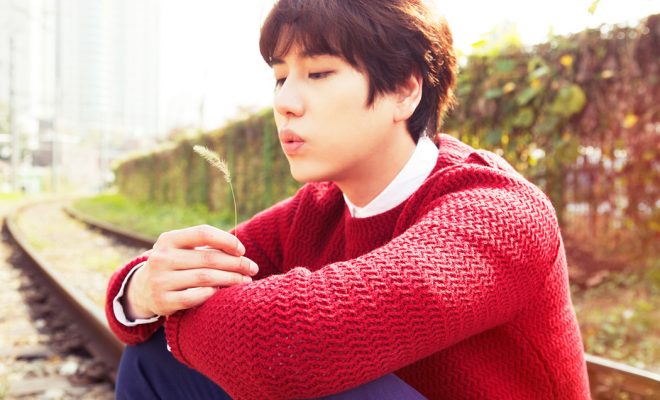 The thesis of Super Junior’s youngest member Kyuhyun has received fans’ attention for its topic and content.

The singer wrote a 58-page thesis on the history, development, and successes of Korean Pop (K-Pop) in Asia, particularly China and Japan. It also tackled the successes and failures of K-Pop in the American and European regions.

Titled as “Research on K-Pop’s present situation and future chance of development”, the thesis also mentioned Super Junior. Kyuhyun wrote on the group’s achievements, including member Siwon being the first K-Pop artist to reach million followers on Twitter and Super Junior’s placing fourth in US Mashable’s “2011 Top Trending Topics”. The said thesis has been uploaded on a Korean website which allows access to theses.

Fans have expressed their pride in the maknae of Super Junior for writing and submitting his thesis on time despite his busy schedule.

“Need to put him as my role model,” wrote one account. Another fan addressed specifically to the haters of the group, “Kids, you could say SJ is flop. But Kyuhyun as maknae of SJ wrote his master’s degree thesis referring to SJ’s achievement. When will your fave?”

Some fans joked about the singer being shameless: “Just when I think Super Junior can’t get anymore shameless, Cho Kyuhyun writes his thesis about K-Pop and references himself and SJ in it.” One fan wrote that Kyuhyun has “outdone” his members in shamelessly promoting Super Junior with his thesis.

Fans all over the world also celebrated the birthday of the youngest Super Junior member with birthday greetings and trending #HappyKyuhyunDay.