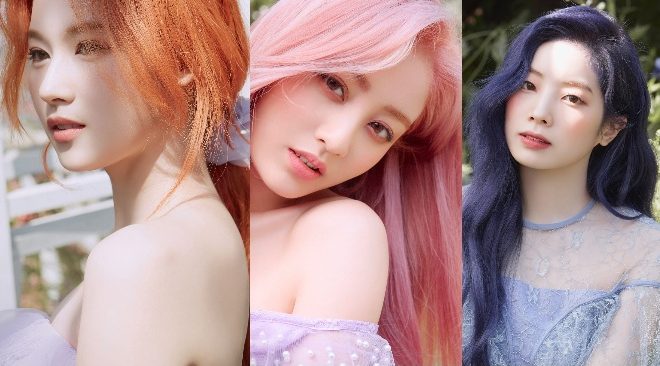 TWICE continues to raise everyone’s anticipation by revealing more enthralling sneak peeks for their upcoming ninth mini-album MORE & MORE, which is set to be released on June 1 at 6 PM KST. 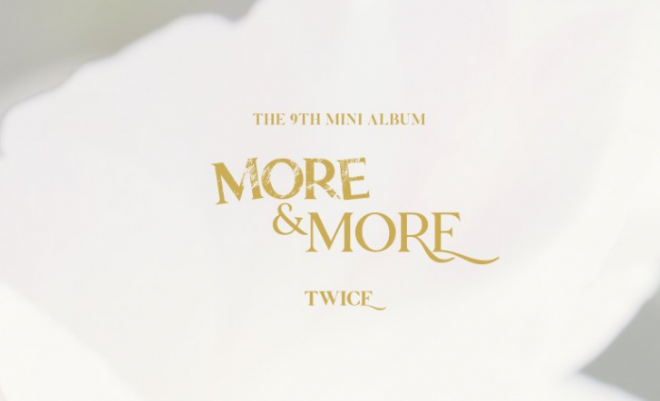 On May 17, TWICE revealed their mini-album’s fourth individual teaser. Featuring her fiery crimson hair, Sana enthralled with her elegant beauty in the concept photo and video clip.

A day after, JYP Entertainment released the teaser of TWICE’s charismatic leader Jihyo. The beautiful idol flaunted her pinkish hair color that totally matched her style.

Next in line was the nonet’s adorable member Dahyun. Acing various hair colors since their debut, the idol delighted fans once again as she donned a refreshing green-bluish shade.

Previously, TWICE signaled their comeback promotions by dropping the individual teasers of Nayeon, Chaeyoung, and Tzuyu from May 14 to 16.

For this concept, the first six members donned immaculate white dresses while being surrounded by fascinating flowers. In the latter part of their videos, the girls individually teased fans by saying MORE & MORE.

On May 18, JYP Entertainment revealed TWICE’s latest tracklist with six brand-new songs. The girls are also set to introduce “MORE & MORE” as their newest title track.

Fans are surely in for a treat as the upcoming main song is another masterpiece written by singer-songwriter Park Jin Young (JYP). International music acts including Uzoechi Emenike, Justin Tranter, Julia Michaels, and Zara Larsson also participated in the composition of the song. Meanwhile, MNEK is the sole producer of the track and co-arranged it with JYP.

ONCE should also look forward to hearing the other new tracks from MORE&MORE including “Oxygen,” “Firework,” “Make Me Go,” “Shadow,” and “Don’t Call Me Again.”