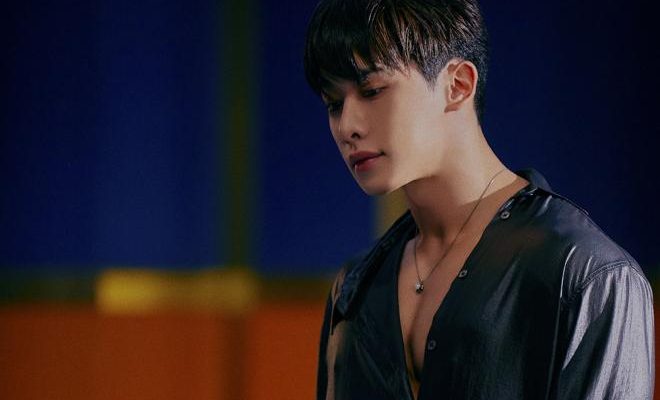 Wonho is on his way to reveal his 1st single album soon and he’s already got everyone obsessing over it! The talented soloist took to his official SNS to amplify the anticipation even further as he released an aesthetic scheduler for the same. 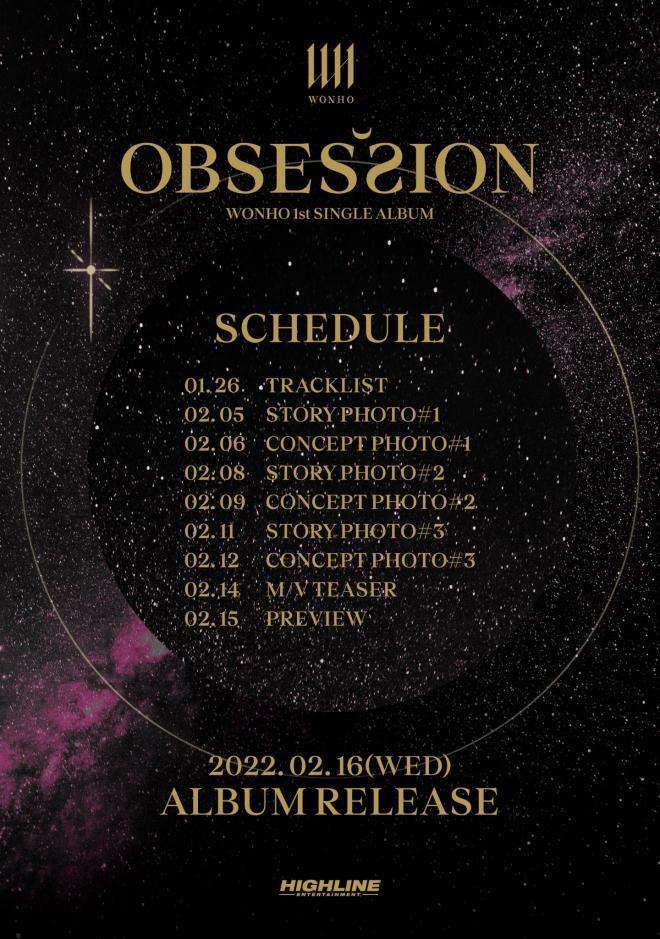 The stellar idol will be spotlighting his distinctive style through each of these reveals that is sure to kindle curiosities for what’s to come with the album.

Starting off, Wonho will be releasing his tracklist for OBSESSION on January 26. Entering February in style, the artist will undeniably charm everyone with his show-stopping visuals. He will reveal three sets of story photos alongside three versions of concept photos. 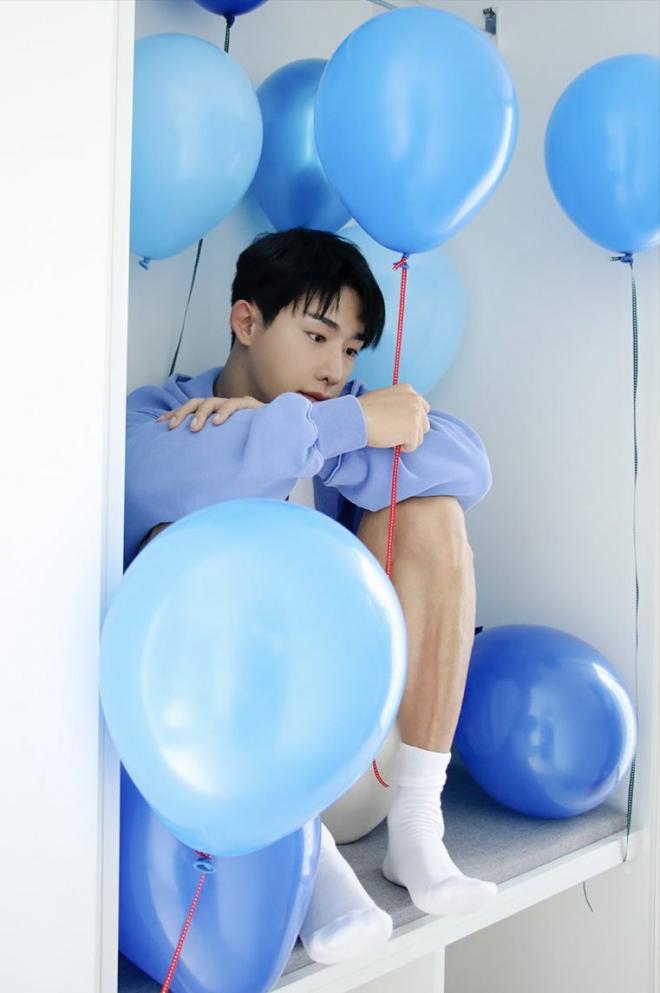 Wonho will then be giving fans a sneak peek into the highly-anticipated album, revealing a music video teaser on February 14 and a preview on the following day, on February 15.

Much like the “coming soon” image, the schedule poster also features a space-themed backdrop. The imagery is entrancing in a way that it evokes the feeling of being sucked into something like a black hole. Both the images stir up a mysterious and dreamy mood.

Furthermore, it also piques the intrigue for what kind of color and charm Wonho will decipher through his first single album. 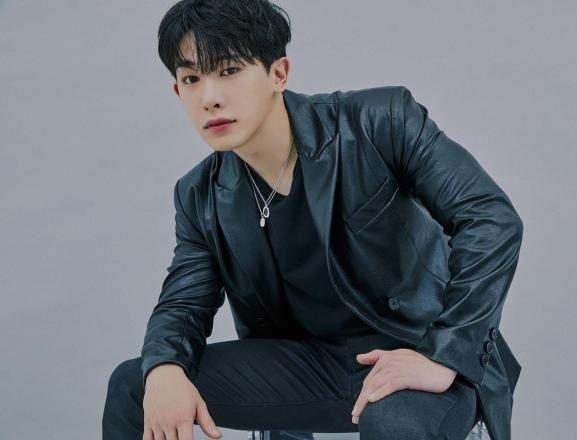 Meanwhile, Wonho will be taking breaths away with his dynamic sounds on his 1st single album. OBSESSION will be arriving across various music sites on February 16 at 6 PM KST.