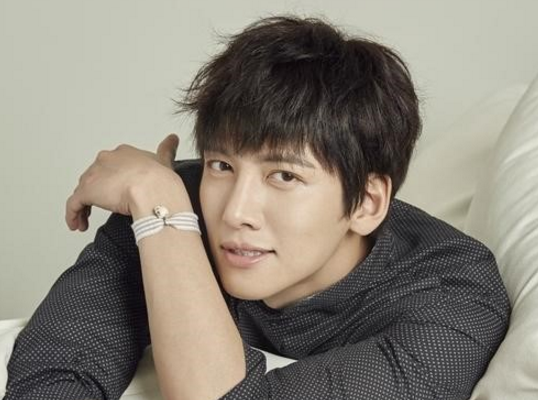 May 2017 is going to be a very busy month for Korean drama fans.

This May, Korean drama fans can look forward to cosying up with five new highly-anticipated drama titles every weekday from Tuesdays to Fridays. From light-hearted romantic comedies (such as the period remake of Korean movie blockbuster ‘My Sassy Girl’) to period dramas tinged with conspiracy and thrillers, a genre that’s popular among viewers, there is something for everyone! Whether you need to cheer up or a chill-out, these new dramas on Viu Singapore provide the perfect antidote for your weeknights in May.

Starting 9 May, fans can look forward to Korean romantic comedies such as ‘Fight for My Way’ (9 May) and ‘Love in Trouble’ (11 May), starring popular names like Park Seo Joon, Kim Ji Won, Ji Chang Wook and Nam Ji Hyun.

Meanwhile, Korean period drama lovers can choose from ‘The Emperor: Owner of the Mask’ (11 May) as well as the fully pre-produced remake of Korean blockbuster movie ‘My Sassy Girl’ (30 May). Last but not least, ‘The Guardian’ (16 May) is set to keep fans on the edge of their seats as the two leads seek justice and fight crimes after their lives were destroyed from losing their beloved ones. 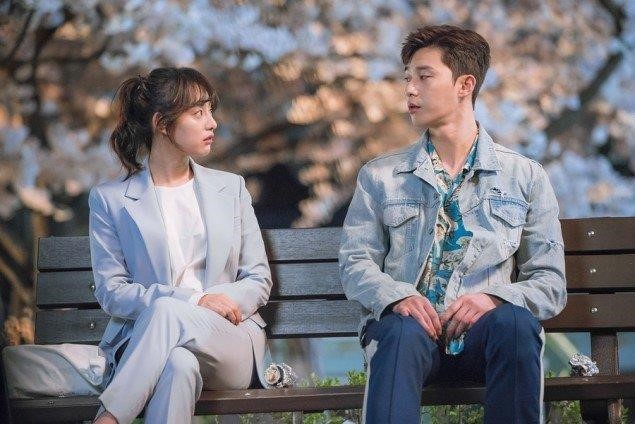 ‘Fight for My Way’ is an upcoming KBS drama, led by two star leads who are well-matched with their talents and charismas.

The romantic comedy tells the tale of two individuals stuck in the daily grind of life. Even though Ko Dong Man (Park Seo Joon) was very active in taekwondo during his school days, he now makes a living by working as a contract employee. Meanwhile, Choi Ae Ra (Kim Ji Won), who had hoped to become an announcer, works at the information desk of a department store.

Without the connections, money or education to help them to advance, they’ve been unable to escape their third-rate lives. Even so, they continue to chase their dreams despite the harsh reality that brings them down.

2. The Emperor: Owner of the Mask 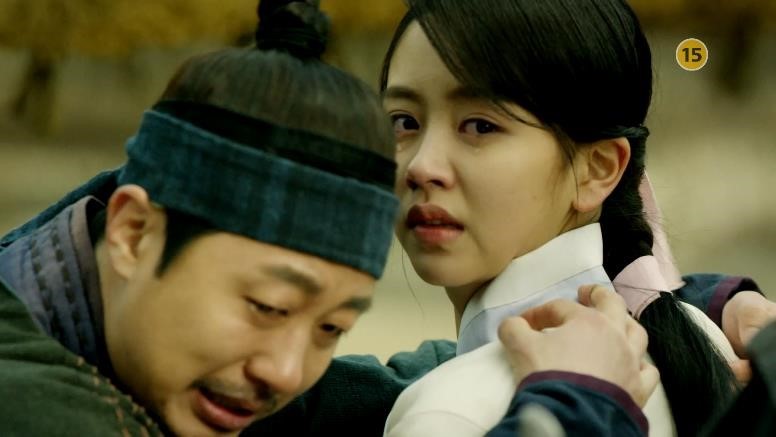 Available on Viu from 11 May, every Thursday and Friday (12 hours after Korea’s telecast)
Starring Kim So Hyun, Yoo Seung Ho, Infinite’s L

Taking over the timeslot of ‘Radiant Office’, ‘The Emperor: Owner of the Mask’ is set in the Joseon period in the 1700s.

The period melodrama focuses on Crown Prince Lee Sun (Yoo Seung Ho) and his fight against Pyunsoo hwe, a powerful and wealthy organisation that has accumulated power and wealth through the privatisation of the nation’s water supply.

With the help of Ga Eun (Kim So Hyun), Crown Prince Lee Sun grows as a ruler and becomes a ray of hope for the people. 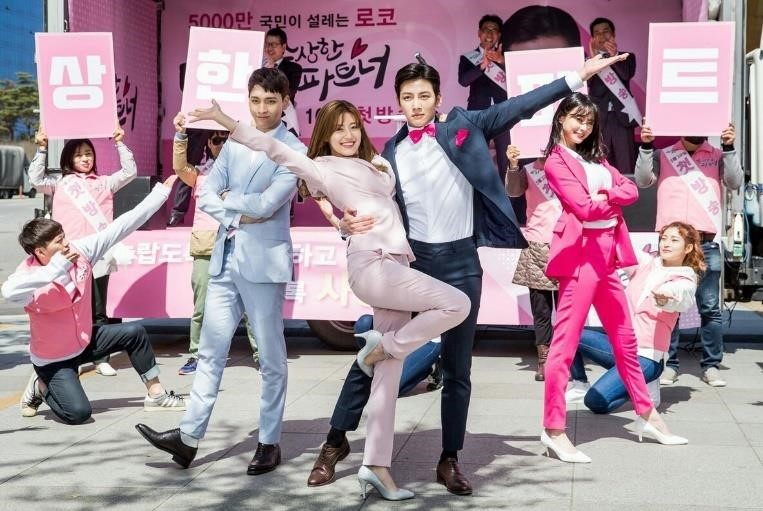 ‘Love is Trouble’ is a romantic comedy thriller written by the same writer of ‘I Remember You’.

It tells the story of Noh Ji Wook (Ji Chang Wook), a public prosecutor who gets entangled in a case involving a woman named Eun Bong Hee (Nam Ji Hyun). One day, Eun Bong Hee, who used to train in taekwondo and is now a prosecutor trainee, becomes a murder suspect. However, a case of amnesia sees the real killer continuously attempting to murder No Ji Wook and Eun Bong Hee.

Available on Viu from 16 May, every Tuesday & Wednesday (12 hours after Korea’s telecast)

The Guardian is a thriller drama, which tells the story of a group of people who seek justice and fight crime after their lives were destroyed from losing their loved ones.

In the drama, Lee Si Young plays the role of a former homicide detective who, after the loss of her daughter, is now part of a civilian lookout group. Meanwhile, Kim Young Kwang is an ambitious prosecutor from a humble family background. Due to unjust circumstances, his character becomes more and more monstrous as he attempts to exact revenge on those who have wronged him. 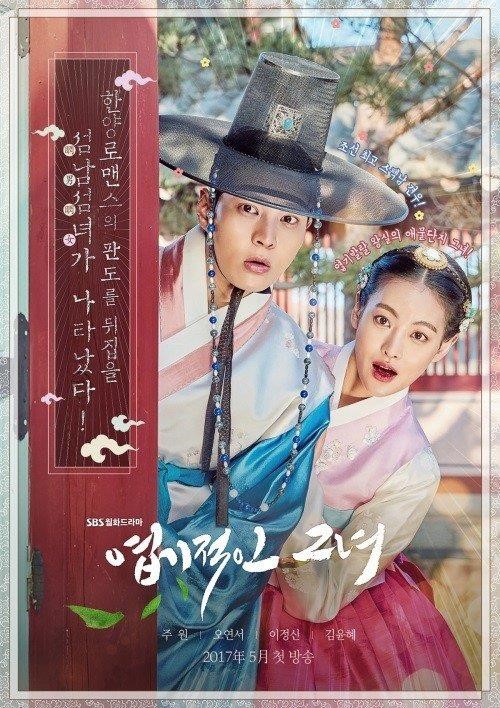 Based on popular blockbuster movie ‘My Sassy Girl’, this fully pre-produced drama series is set in the Joseon Dynasty period and will replace current drama ‘Whisper’ once it concludes.

This drama will be Joo Won’s first historical drama and also his last drama before his military enlistment.

Fans can enjoy the above shows on viu.com or via the Viu mobile app for FREE! Viu Premium users will be able to enjoy unlimited downloads for offline viewing while on the go. Viu also offers download-to-stream capability and personalised multi-device synchronisation for a seamless viewing experience.

Hellokpop, as an independent Korean entertainment news website (without influence from any agency or corporation), we need your support! If you have enjoyed our work, consider to support us with a one-time or recurring donation from as low as US$5 to keep our site going! Donate securely below via Stripe, Paypal, Apple Pay or Google Wallet.
2.6k
SHARES
FacebookTwitter
SubscribeGoogleWhatsappPinterestDiggRedditStumbleuponVkWeiboPocketTumblrMailMeneameOdnoklassniki
Related ItemsAhn Jae HongINFINITEJi Chang WookJoo WonK-dramaKim Ji WonKim So HyunKorean DramaLLee Jung ShinNam Ji HyunOh Yeon SeoPark Seo JoonSingaporeSong Ha YoonviuYoo Seung Ho
← Previous Story 5 Reasons Why VAV’s ‘Apartment’ Is A Must Binge-Watch Show
Next Story → Best Addictive Korean Dramas Worthy Of Yearly Reruns