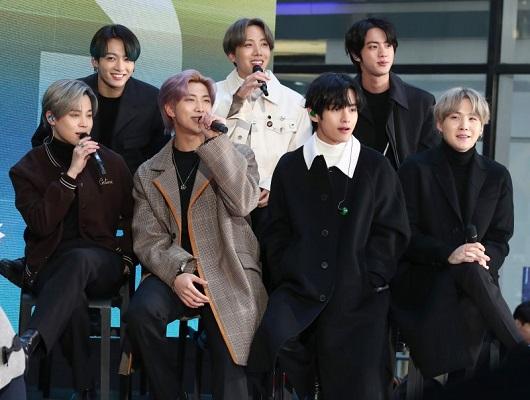 South Korea had been exporting its K-pop more and more successfully over the 2010s.

More songs were entering into Billboard’s charts. More artists were beginning to collaborate with big American artists: Jason Derulo has a single with Lay Zhang (once of EXO-M) and NCT 127, Red Velvet appeared on a remix of Ellie Goulding’s “Close to Me” with Diplo, and G-DRAGON had Missy Elliot feature on his “늴리리야 (Niliria)”, which are just a few examples. There can’t be much talk of K-pop, or South Korean music, without mentioning PSY’s “Gangnam Style” which dominated the global music scene in 2012, becoming the most popular video on YouTube before being the first video to ever surpass one-billion views. K-pop’s presence was being felt on American TV too, with live performances on talk-shows and music award shows over the decade.

2020 has continued on this trend. The ensuing decade could see K-pop become a consistent global export and pop cultural reference point. Here are 5 signs why that might be:

1. On the 21st August 2020, BTS released their first song fully recorded in English, ‘Dynamite’. It debuted in the Billboard Hot 100 at number one, becoming the group’s first time to top the singles chart in the United States, and it topped in the charts in over one-hundred countries. The single broke other records too: it sold the most downloads in its first week since Taylor Swift’s 2017 single “Look What You Made Me Do”; and it had the biggest opening day for a song in 2020 on Spotify.

2. In a year where music sales generally dipped, K-pop physical sales of CDs and vinyl stayed very strong. Merch sales are strong too, following 2019’s good performance. Putting its name to anything from a K-pop slot game to calendars suggests it’ll be popular.

3. BTS took a five-day residency on The Tonight Show Starring Jimmy Fallon at the end of September. They’d performed on the show at the start of the year live, but the residency was a series of pre-recorded performances of well-known singles, including “IDOL”, “HOME”, and “Dynamite”, all of which were intricately choreographed and produced. Additionally, a live-band backed them for their NPR Tiny Desk (Home) Concert. Tiny Desk is a very popular YouTube series on NPR’s channel, where artists perform live, often stripped back, version of their songs. Currently, only Anderson Paak & The Free Nationals and Mac Miller’s Tiny Desk Concerts have more views than BTS, but both of those have been online for four years and two years respectively, while BTS’s has been up a month. BTS also had a behind-the-scenes documentary released in global cinemas in 2020. The rate at which BTS can generate interest and convert that into streams and views makes their popularity viable long-term.

4. Netflix – the major streaming service provider – made a move into K-pop by producing a documentary about the popular all-girl group, BLACKPINK. It was released two weeks after the group’s debut album. The documentary was commended for showing each member of the group’s individuality, while it told the story of their journey from their beginnings in 2016 to their Coachella performance in 2019. It received favourable reviews from notable publications like The New York Times, Ringer, and IndieWire.

5. With BTS breaking numerous ceilings on their way to being one of the biggest artists on the planet in 2020, other established acts like BLACKPINK, NCT, Red Velvet, and MONSTA X continued to enter the charts globally and appear in and on international media. For instance, Red Velvet appeared in Trolls World Tour as K-pop trolls.