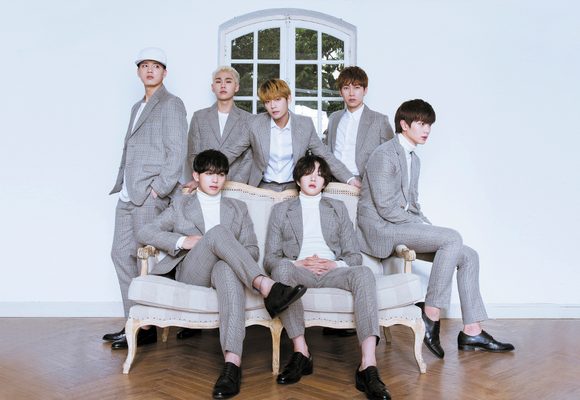 BTOB Achieves Another First On Oricon With First Japanese Album

On December 7, BTOB dropped its very first Japanese full-length album titled 24/7. The album has landed the group on the first spot of Oricon Weekly Album Ranking chart (12/19), with 20,700 copies sold on the first week.

It is BTOB’s second first place on the chart, following their previous single LUV released last June. The record is however a first for an album.

Hellokpop, as an independent Korean entertainment news website (without influence from any agency or corporation), we need your support! If you have enjoyed our work, consider to support us with a one-time or recurring donation from as low as US$5 to keep our site going! Donate securely below via Stripe, Paypal, Apple Pay or Google Wallet.
FacebookTwitter
SubscribeGoogleWhatsappPinterestDiggRedditStumbleuponVkWeiboPocketTumblrMailMeneameOdnoklassniki
Related Items24/7BTOBJapanese albumLUVoricon chart
← Previous Story Song Ji Hyo And Kim Jong Kook Confirm Departure From ‘Running Man’
Next Story → SEVENTEEN Shows What ‘Boom Boom’ Looks Like With Front And Back View