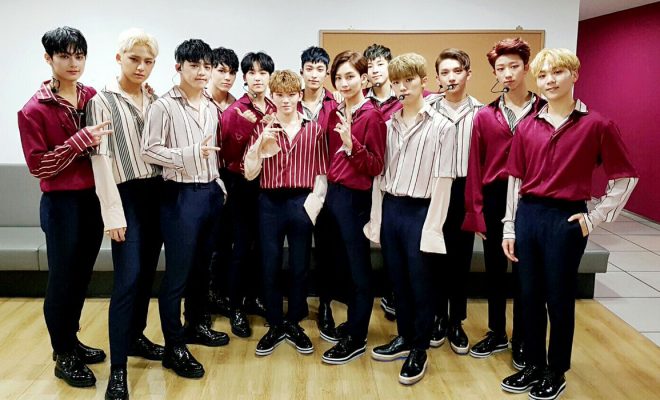 Because one video will never be enough.

Korean boy group SEVENTEEN sends thanks to fans for hitting the 4 million mark in its Boom Boom music video by uploading, not one, but two choreography videos of its title track.

S.Coups, Vernon, Wonwoo, Mingyu, Woozi, Joshua, Jeonghan, Dokyeom, Seungkwan, Hoshi, Dino, Jun, and The8 were full of energy in their track suits and jackets as they showcased synchronized dance movements in the front and rear view versions of the choreography.

Aside from on-point movements and charismatic gestures, the members also gave their fun side to fans by acting cutely behind their backs, and cheering while dancing.

Boom Boom was choreographed by the performance team led by leader Hoshi. The choreography point was called ‘marking territory’ dance, suggested by a fan during the group’s radio visit at the Cultwo Show.

“With our albums, we will also mark our territory in the music industry,” said Seungkwan.

According to Woozi, the concept of the song is about SEVENTEEN’s passion. “We were thinking of how to express passion, so we came up with ‘boom’ like the sound of a heart beating and passion exploding,” he explained.

SEVENTEEN is also set to release another special video if the music video reaches 7,171,717 views.