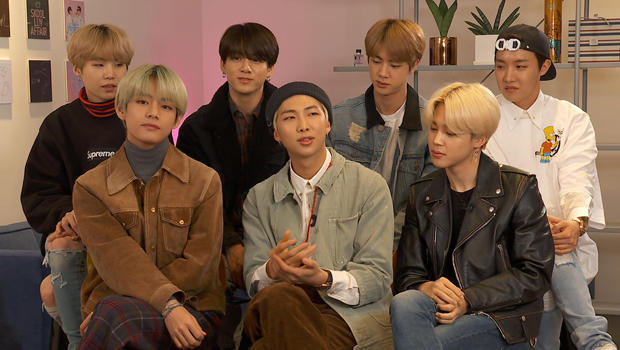 Sad and proud are two words which capture the emotions brought by BTS sharing their thoughts on mandatory military enlistment.

During their recent interview with CBS, BTS’ Jin, RM, and Jungkook addressed the topic of South Korea’s mandatory military enlistment which they will soon face, just like every male Korean citizen.

According to the country’s law, all men must serve by a certain age at the military for a certain period of time based on the area they get assigned to. On the earlier year half of the year, a lot of K-Pop idols – mostly 91-liners – had exited the scene temporarily to begin fulfilling their duties as citizens.

As the group’s eldest member, Jin will be the first to face mandatory military enlistment and because he was born in 1992, he is predicted to begin his service around next year.

Though often associated with dad jokes and seen as bright and happy, the vocalist showed his mature side by being the first to speak up when asked about the topic – which can be considered as a sensitive issue both to the group and their fans.

“As a Korean, it’s natural. And, someday, when duty calls, we’ll be ready to respond and do our best,” he said.

His reply was then followed by a question on whether the group worries about “breaking off, separating, going different ways” especially with the mandatory military service in mind.

“I don’t want to think about it at this point,” the group’s youngest member Jungkook answered in a very relatable way. “We have something really good going,” he added.

“That’s the answer. We just enjoy the ride, live in the moment, and that’s all we can do,” RM pitched in like the true leader who he is.

Although there have been talks about the group possibly being allowed exemption from military service, all seven members already expressed their refusal should such an offer be made.

“All of the BTS members say they will definitely enlist for military service,” the head of the country’s Ministry of Culture, Sports and Tourism Do Jong Hwan relayed during a parliamentary audit in October 2018.

Hellokpop, as an independent Korean entertainment news website (without influence from any agency or corporation), we need your support! If you have enjoyed our work, consider to support us with a one-time or recurring donation from as low as US$5 to keep our site going! Donate securely below via Stripe, Paypal, Apple Pay or Google Wallet.
36
SHARES
FacebookTwitter
SubscribeGoogleWhatsappPinterestDiggRedditStumbleuponVkWeiboPocketTumblrMailMeneameOdnoklassniki
Related ItemsBTSbts jinbts jungkookbts militaryBTS RM
← Previous Story MustB Member Reported To Have Suffered Major Injuries From Car Crash Which Claimed Manager’s Life
Next Story → TXT To Perform Alongside Halsey, Jonas Brothers, And More At iHeartRadio’s “2019 Wango Tango”