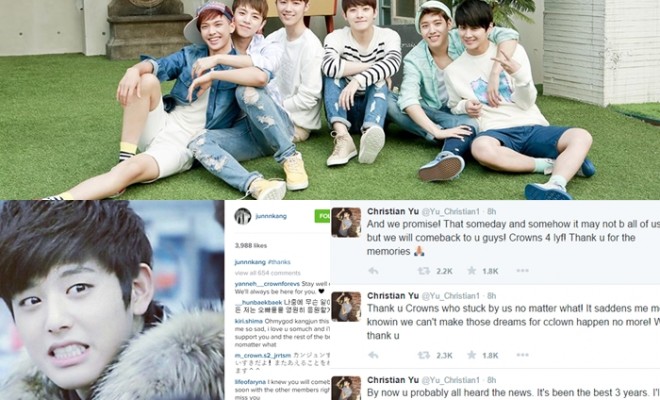 Yedang Entertainment broke a sad news on October 5 via C-Clown‘s Official Facebook page and fan cafe that the group has officially disbanded on this day.

The agency representative told Xportsnews on the 5th: “It is not true that the members contracts have ended. There will be changes on team member and group name, and they will return to the music scene next year. As for now, most probably they will re-debut as a new group”.

The members’ current contract with Yedang are until 2019. “As for now, there is not any solo activities of the members. They will also show a producer side and an unique color of themselves. C-Clown members have also talked and concluded with the recent group separation”. 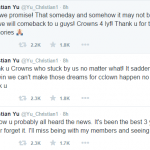 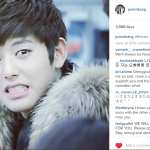 Former leader Rome (Barom Yu) also expressed his gratitude towards Crowns for the support and love which they have given them in the past three active years. Member Jun also posted a past photo of himself along the caption “#thanks”.