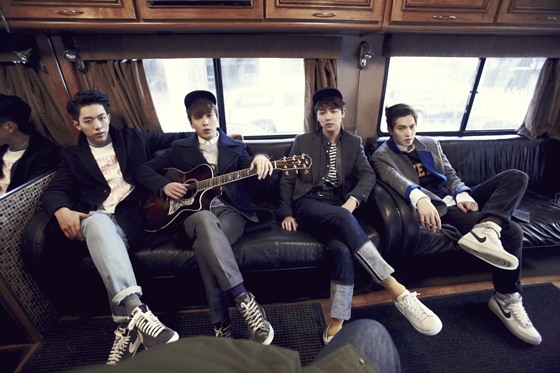 According to Mashable’s 50 most tweeted songs of 2014 list, CNBLUE’s Can’t Stop took the highest rank among K-pop songs on Twitter this year at #17, followed by songs from Pharrell Williams, Ariana Grande, John Legend, Beyonce and One Direction. Also, the song topped at 9th spot on Billboard list of The 10 Best K-Pop Albums of 2014.

Meanwhile, the group’s fifth album Cant’ Stop, which was released on February 2014, ranked first on the iTunes charts in Hong Kong, Macau, Malaysia, Singapore and Taiwan.