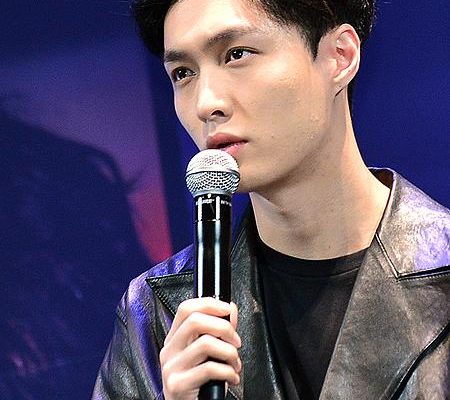 There’s a catch though – he needs the permission of his agency first, of course!

During EXO‘s press conference for the group’s third studio album release, EX’ACT on June 8, Lay was asked about a solo career. Expressing interest in the idea, the singer replied that:

I would have to ask my agency about whether I can have solo activities. I want to do it. It would be possible if the company approved it. I am ready.

Super Junior‘s Leeteuk, who was the MC for the event, added that Lay would definitely need the agency’s green light first before advancing his solo activities. However, Lay had recently released a solo song, ‘Monodrama’, via SM’s music project, SM Station.

Being the only Chinese member in the group, Lay divulged that there were difficulties, when it came to certain thoughts and systems in Korea because of how different they are compared to China.  But he remains positive, stating that he is “trying hard to fit in”.

The group’s new album, EX’ACT had reached over 660,000 pre-orders prior to its release, and EXO will be promoting with double title tracks; ‘Monster’ and ‘Lucky One’, for the album’s promotions.

Check out the music videos for the songs below: