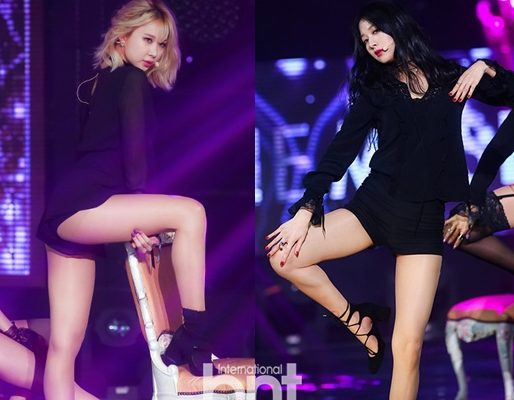 Minha and Euaerin Graduate From 9Muses

After the expiration of the girls’ exclusive contracts, they have decided to graduate from 9Muses.

In light of the announcement, Minha and Euaerin each posted a hand-written letter to fans. Euaerin expressed in her letter that she had officially concluded her promotional activities with the group on May 26. She was also sad and regretful that she would no longer be able to stand on stage as part of 9Muses. “I’m also afraid about separating with my members,” she shared in her heartfelt letter.

After being with the company for 6 years, I have decided to not renew upon careful consideration. I will strive to learn more and show everyone a more mature and improved person.

Star Empire revealed that they respected the decisions of their former artists, and wished them luck in their future endeavors. The girls had been with the group for the past 7 years.

The agency also announced that 9Muses is preparing for a summer comeback with unit group promotions, and that the details will be revealed soon.

Hellokpop, as an independent Korean entertainment news website (without influence from any agency or corporation), we need your support! If you have enjoyed our work, consider to support us with a one-time or recurring donation from as low as US$5 to keep our site going! Donate securely below via Stripe, Paypal, Apple Pay or Google Wallet.
FacebookTwitter
SubscribeGoogleWhatsappPinterestDiggRedditStumbleuponVkWeiboPocketTumblrMailMeneameOdnoklassniki
Related Items9MusesEuaeringraduationMinhaStar Empire
← Previous Story U-KISS’ Eli is now the Father of a Baby Boy!
Next Story → EXO’s Lay Sets Eyes On Future Solo Activities