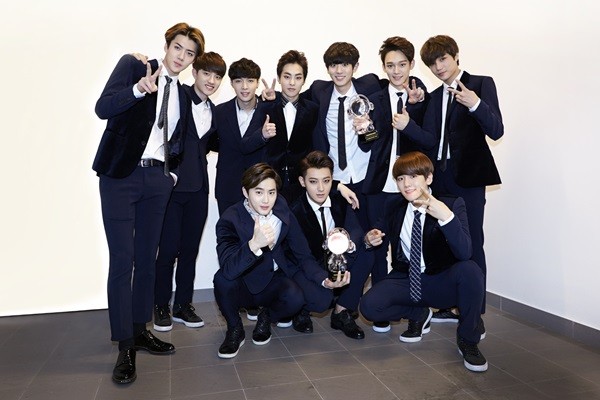 Not only did EXO make it to the list of Forbes Korea’s 2015 Korea Power Celebrity 40, but the group has taken the number one spot too.

EXO’s popularity continues to get proven as it was selected as the most influential celebrity by Forbes Korea,  surpassing stars from other areas, and breaking its own record of earning the 5th place on the list last year. What is even more impressive is that the 10-member idol group was the only star to be named in the top 10 for all four main criteria, namely in sales, media, broadcast and professionalism.

Forbes Korea is a business magazine which has been publishing Korea Power Celebrity 40 since 2009. For the 2015 list, the magazine chose 150 nominees from various fields; variety shows, films, dramas, music, sports and more, based on the most searched people on the popular portal Daum Kakao in 2014. Forbes Korea then confirmed the 40 celebrities as winners based on the four judging criteria.